Athlete of the Week: Jordan Jones 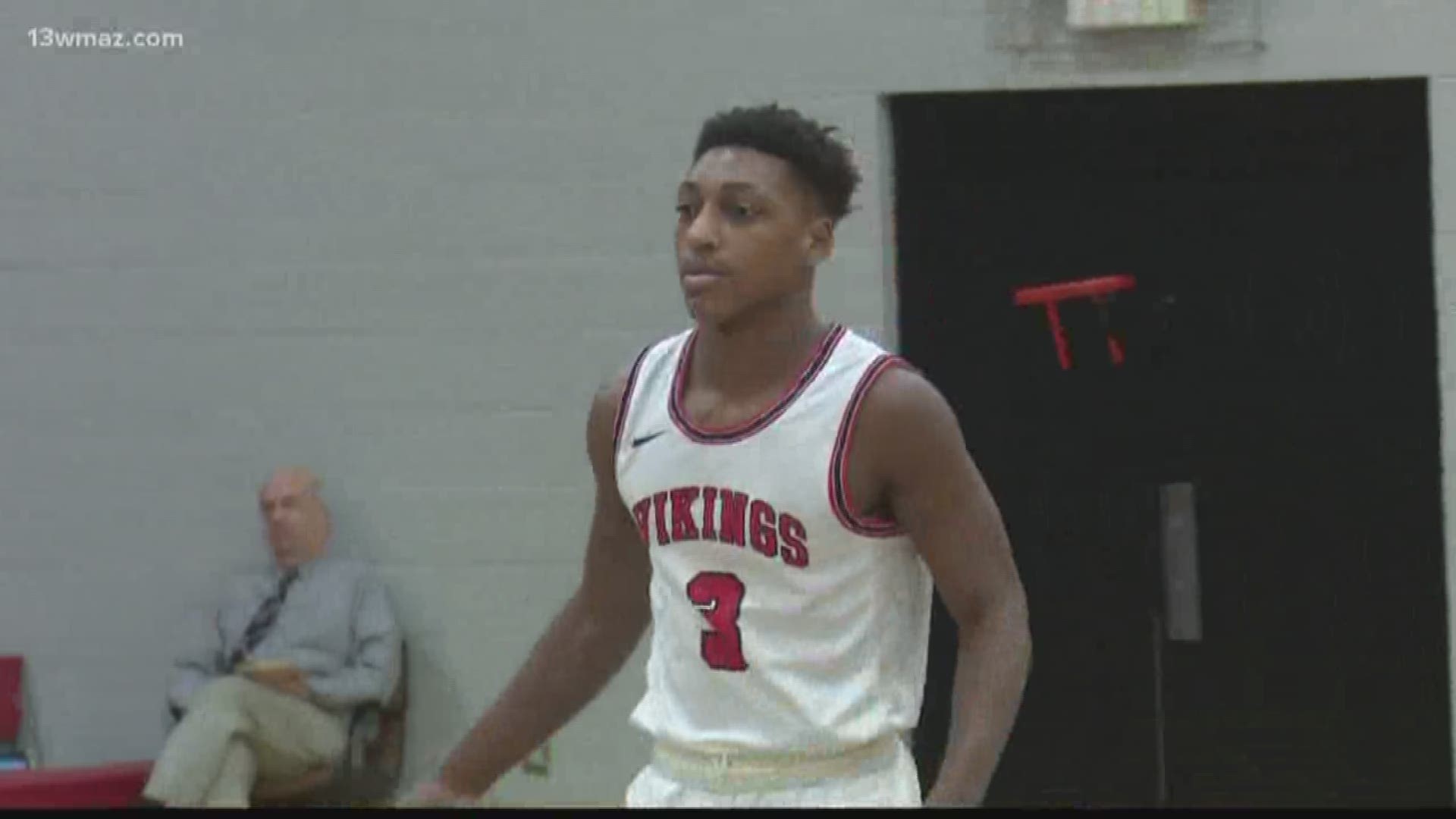 MACON, Ga. — It's not every night that a school record is set, but that's exactly what First Presbyterian Day School's Jordan Jones did last Friday night. He set not one, but two records on his senior night.

Jones had a feeling the game against Strong Rock Christian might be the biggest game of his life.

"When I went to school, I told everybody I was going to do something great. I actually told them I was gonna drop 60," Jones said.

He had no clue just how right he'd be, but the first quarter was an indicator that something special was coming.

He put up 13 points in the first quarter. By the half he had 28 and that's when Coach Gavin Chapman gave him the ultimate green light.

"At halftime I found out he had 28 and I did know the school record for points in a game was 52 and I spoke to my assistants and we just said 'hey, let's see what he's got at the end of the third,'" Chapman said.

"It's just a great feeling you know, being able to break two records and at the buzzer in three quarters is something special. I really feel for my guys and thank you for that," Jones said.

FPD's school record was officially broken and the game was pretty much decided, but Jones wasn't done for the night.

"I actually put Jordan back in the game. Credit to one of our assistants Damien Wilkins, he said 'Coach, you only get to be a senior one time,'" Chapman said.

Chapman said he wanted to put Jones in because of a similar experience he had in high school to set his own school record.

"I really appreciated that. They called a timeout and I thought I was done breaking the record and then he put me back in and I was like, 'dang, I'm gonna blow this record out,'" Jones said.

The senior finished with 60 points and hit 13 three-pointers, both FPD single-game records. It's a night he'll never forget.

"It means a lot, you never know if its going to be broken again and you never get that moment back you know, especially on senior night," he said.

Jones is exceptional in the classroom as well sporting a 3.8 GPA. He leads FPD in every major category and the Vikings have a 17-1 record as of Thursday night. It's the best record in Bibb County.