Athlete of the Week: Madi Campbell

Houston County centerfielder Madi Campbell is our Athlete of the Week 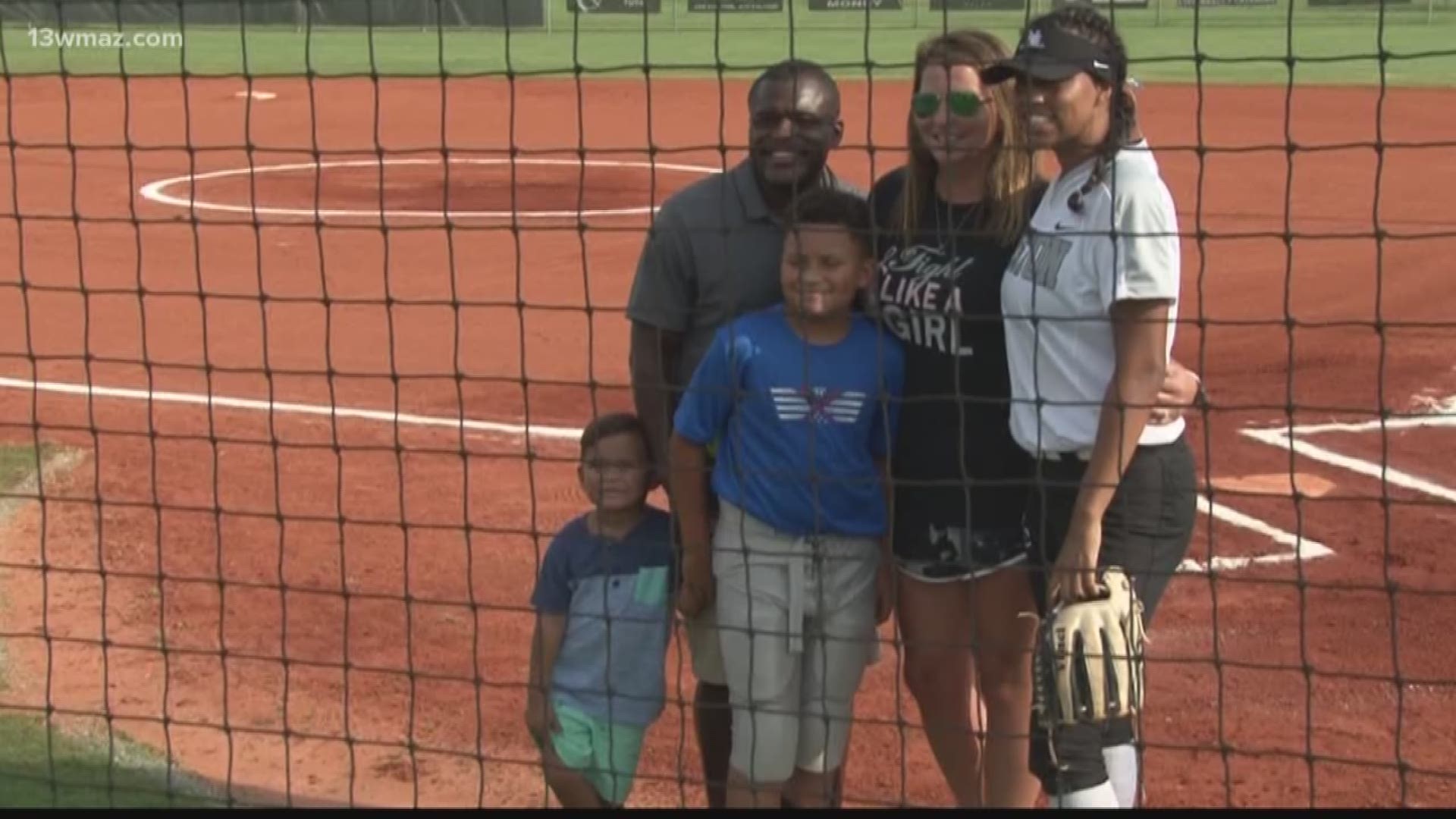 HOUSTON COUNTY, Ga. — Houston County outfielder Madi Campbell is a speedster, and her skills set the pace for the Lady Bears.

“Definitely, her speed is her biggest asset. The girl can run," Houston County head softball coach Scott Lamb said.  “She’s a lead-off for us, she is patient in the box, and in the outfield, she tracks down most balls."

Campbell started playing softball for the Warner Robins American Little League team when she was in the third grade, but the senior has definitely graduated from her WRALL days. In fact, most recently, she traveled out of the country and played in Canada with her travel ball team.

“The weather there is much better," Campbell said. "But I learned to be more of a team and get to know other teams better and stuff like that.”

Campbell believes it’s her responsibility to take what she’s learned in Canada and her entire career at HoCo to teach the younger players what it means to be a leader.

“The freshmen looking up to our seniors, they made sure that we looked up to them and stuff like that, so I like to make sure the freshmen know what it takes to be a senior when they get to that point," Campbell said, which includes an aggressive approach in the classroom, not just in the batter's box.

“Keeping up honors, graduating with the yellow cord is something I am really shooting for right now. Student athletes make it easier for them, so if they want to play at the higher level, you have to make sure you have good grades, and they are up there," Campbell said.

And her grades are up there -- Campbell is boasting a 3.7 GPA, and hopes her efforts in the classroom will hit closer to home.

“I have little brothers who look up to me," Campbell said. "Me studying will make them, when they get older, to know this is what you have to do to get you where you want to be, and it helps with your future, too."

RELATED: Athlete of the Week: Will Fackler