The undefeated Bleckley County Royals say they're lucky to be playing Friday night amid COVID-19 cancellations. 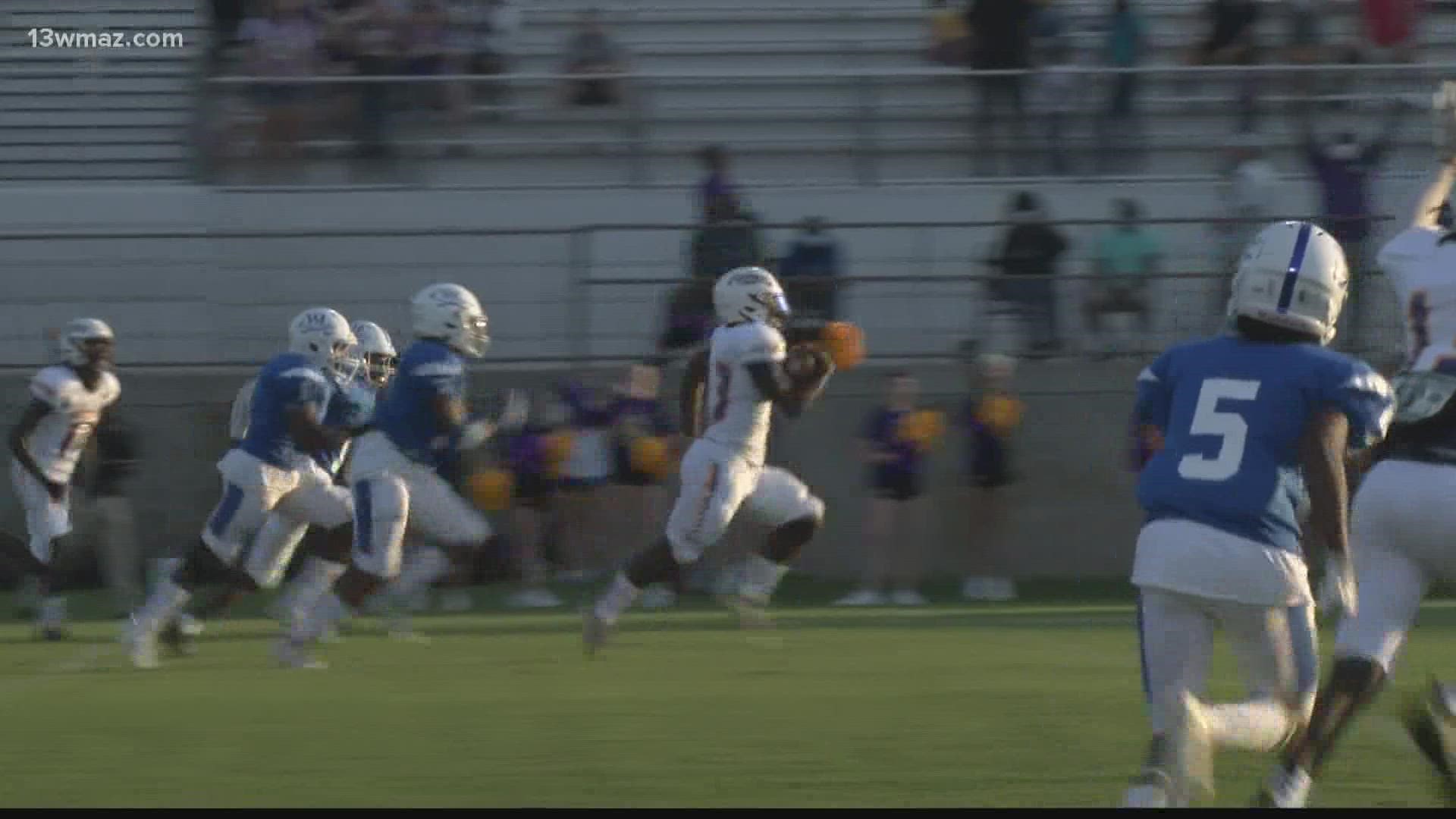 The Bleckley County Royals are in action all the way out in Toombs County.

The team says they are lucky to be playing at all.

A 2-0 start for the Royals doesn't happen by accident, and it all comes back to everyone doing their fair share, because for every strip, a score, or fumble recovery, there's a Jaden Mobley touchdown.

"We got a lot of guys playing both ways that we haven't had in the past, and if one side's struggling, the other guys pick each other up. Our guys are working well together and, hopefully, we'll continue to grow that bond because it's gonna get tough when region starts," says Coach Von Lassiter.

Last week's win against Wilcox County was special -– not only the home opener, but also a little bit of revenge -- the Patriots got the best of Bleckley last year at their place.

Now, the Royals are feeling pretty good about themselves headed into week 3.

"It was a game we wanted to win. We felt like we should've won the game last year, and a new atmosphere there, we really wanted to win that game, so I was proud our guys could do that together," Lassiter said.

The Royals won't be in Cochran on Friday and they won't even be on the road at South Atlanta as originally planned. Instead, they're headed to Toombs County to take on the Bulldogs, but with COVID-19 affecting games all across Central Georgia, still playing football at all this week is more than a lot of teams can say.

"We went into week 3 not expecting to play a team, and we're playing a team in a whole different atmosphere. We're just thankful that we get to keep playing football each and every day," said Slappy.

They're ready to play anybody, anywhere, and they'll do it this Friday night.

Even with a strong start, Coach Lassiter says they're still hoping for a more balanced effort, and there's going to come a time when the defense doesn't come up big, so the Royals hope they can keep up.