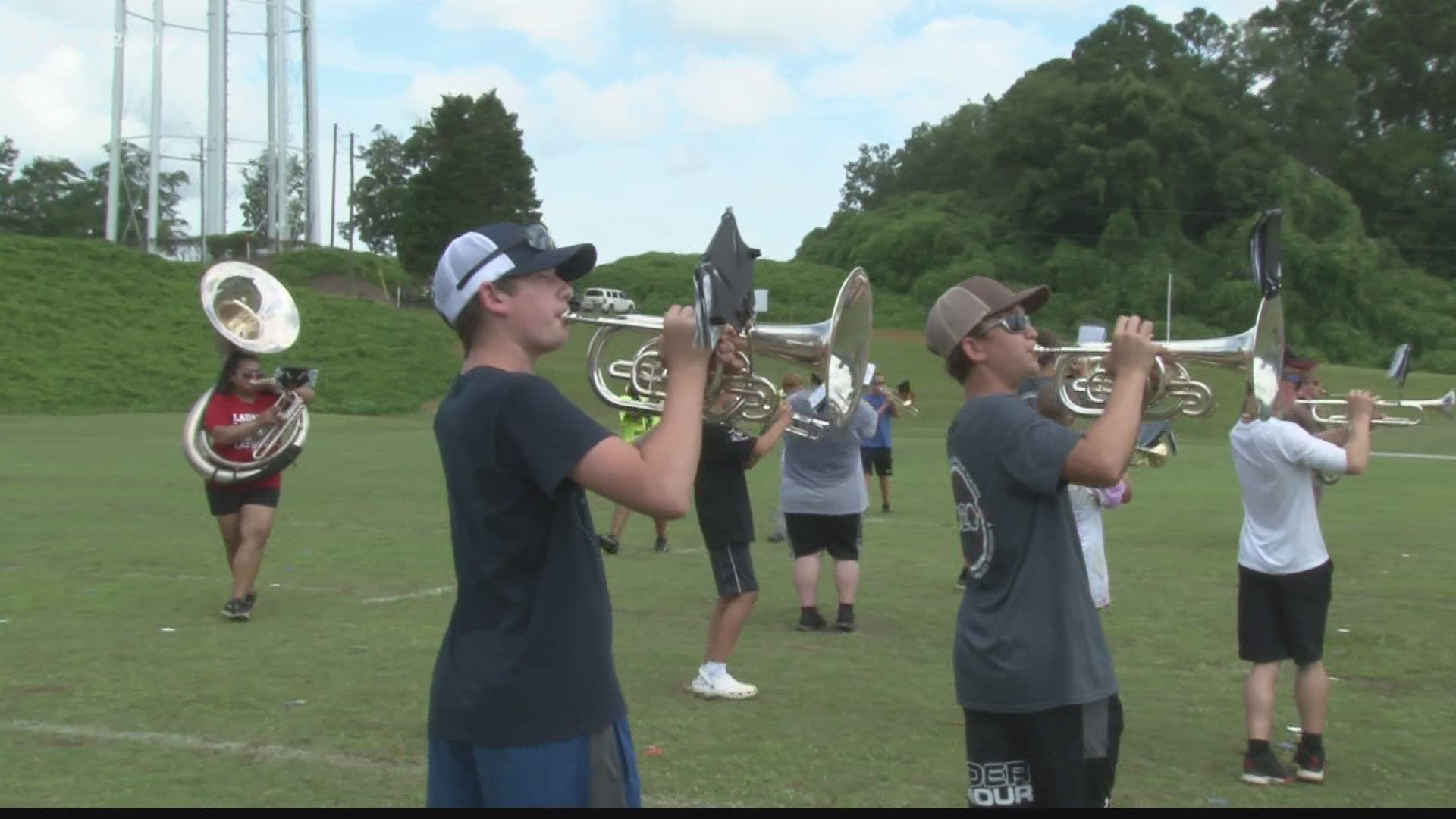 MILLEDGEVILLE, Ga. — Football Friday Night is not too far away, and just like the football teams, high school bands are plugging away trying to get perfect sound, and for them, halftime is game time.

You're used to the sound of jarring hits and the roar of the crowd, but it's just not a real Football Friday Night without the band leading the charge the whole way.

"Our number one thing is we're the keeper of the spirit of the school," said GMC Prep band director Clint Raburn.

Late July means many football teams are putting the finishing touches on the offseason. For the GMC Prep band, things are just getting started.

"We started at the beginning of the week. The students have been gone all summer, so it was nice to get all the students back together, all the bands students and even our first time marchers as well," Raburn said.

For two weeks, the band will go 9 a.m. to 5 p.m. spending hours in the heat, getting the cadence right and perfecting their sound.

"I just keep going through just keep staying motivated even though I'm sweating a lot so I can make sure that everyone else around me stays motivated and keeps going," said Mya Hall, a senior clarinet player.

Despite the long hours, the musicians say it's all worth it when the march is in perfect sync on a Friday night.

"It's a very big deal, because I love it when we all come together and make it awesome. It's really a good feeling," said Shawn Boyce, a freshman percussionist.

While you may be tempted to grab a snack at halftime, Raburn said GMC fans know to keep their feet, in the seats.

"The kids get so much out of it, too, because it's very rewarding for our crowds. A lot of our crowd doesn't go to the concession stands. They stand in the stands and support us," Raburn said.

GMC Prep's band scored superior rankings in all categories last year. Raburn said the band has also grown by about 20 kids for the upcoming season.