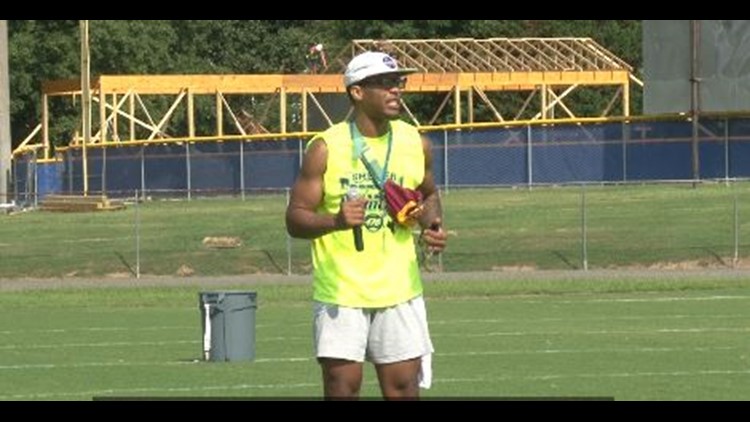 DeAndre Smelter returned to Tattnall Square Academy and hosted his first football camp at his old stomping grounds where he helped bring 2 baseball state championships and a football state title.

Smelter graduated from Georgia Tech, and was drafted by the San Francisco 49ers in the 4th round in 2015.

Now he is a free agent, and wants to make sure he invests into his community just like others did when he was a kid.

"Man its great, its just crazy because I remember when I was in their position as a kid being excited to come to a camp. Little did I know that all those camps what that meant for me, so I am trying to bring that same thing back to the city," Smelter said. "I know its so important to have kids from my community have something to do productive and have them somebody to look up to, and have somebody be in the position they are striving to be so that's we are all trying to do, give them something to look that."