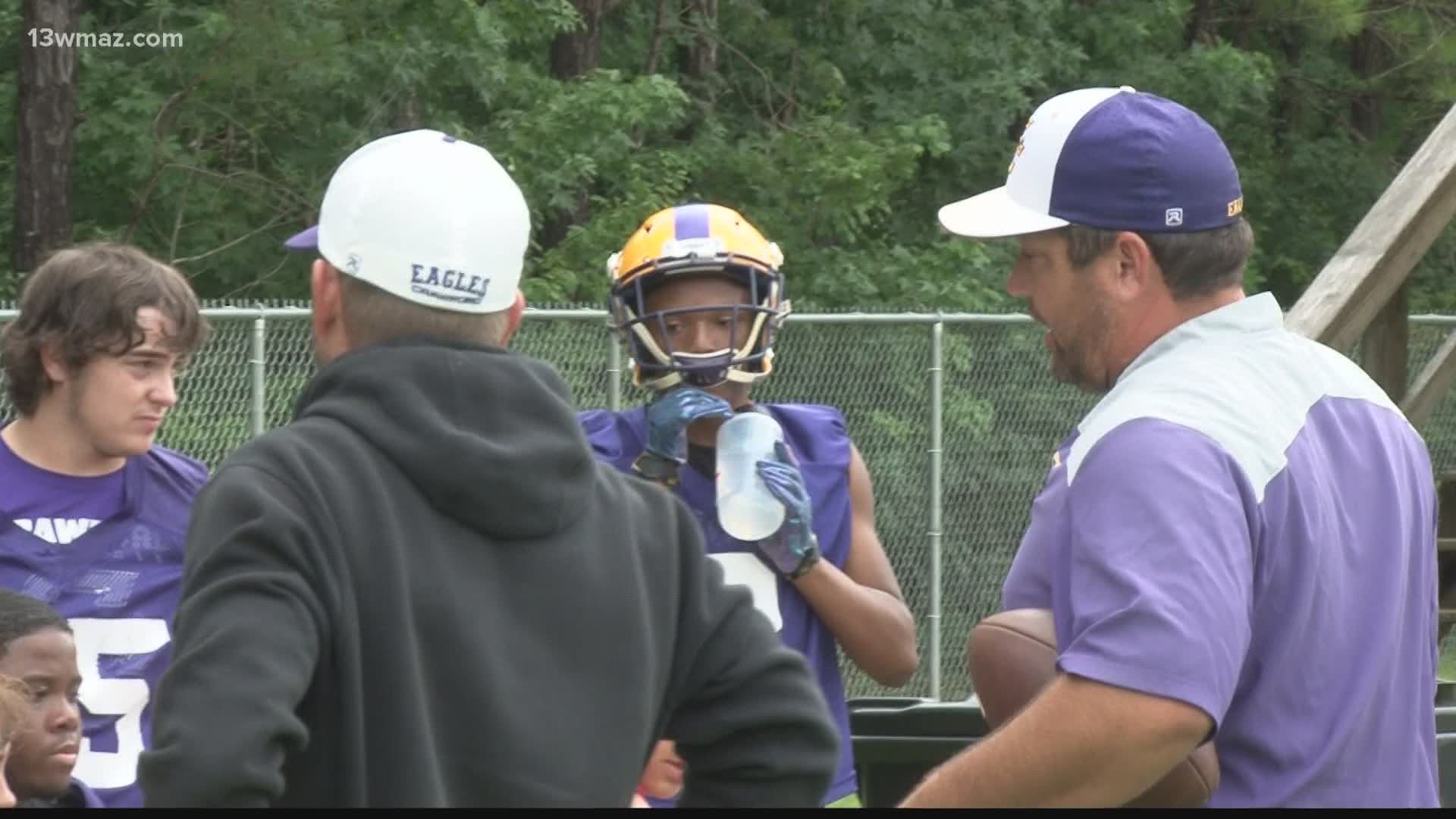 MACON, Ga. — Two Central Georgia football coaches will head up their programs for the first time this fall, Rutland's Jarmarcus Johnson and Crawford County's Craig Puckett. They've spent the summer getting their kids acclimated to their brand of football.

"We rolled in. I was able to get some good guys to come down with me and we started installing. I think right now we're ahead of where I thought we would be at this current time," Johnson said.

Johnson comes from Mary Persons High where he coached defensive line. Puckett steps into the head role after spending some time as defensive coordinator for the Eagles. He'll also coach the baseball team.

"It's busy, especially having two sports going on at one time. I got some really good coaches with me, some coordinators that do a great job and help me out and sort of lighten the load on us," Puckett said.

Both coaches have emphasized how important it was to bring over staff they trust to help implement new systems. Puckett has several Eagle alumni on his staff. Johnson brought over coaches from Mary Persons and has former Tusculum University coach as his offensive coordinator.

"We got guys I coached with before. Guys that are former alumni of Crawford County so it's a good staff that is putting the pieces together," Puckett said.

"They had a plan and they were able to implement that and get kids moving around and like I said I thinks it's working out perfectly for us," Johnson said.

Both coaches take over after relatively short stints by their predecessors. Getting kids to buy in takes time, but Johnson said a little early success never hurts the process.

"We had a 7-on-7 at Central and we had a little success over there. You know how it is, you start winning a little bit and everybody wants to be a part of it. Like I said, I think we're going in the right direction," Johnson said.

Crawford County will open up their season on the road against Taylor County. Rutland will face Jeff Davis at home in week one. The first week of the season is August 20.