Rivalry between Eagles and Demons endures after 64 years 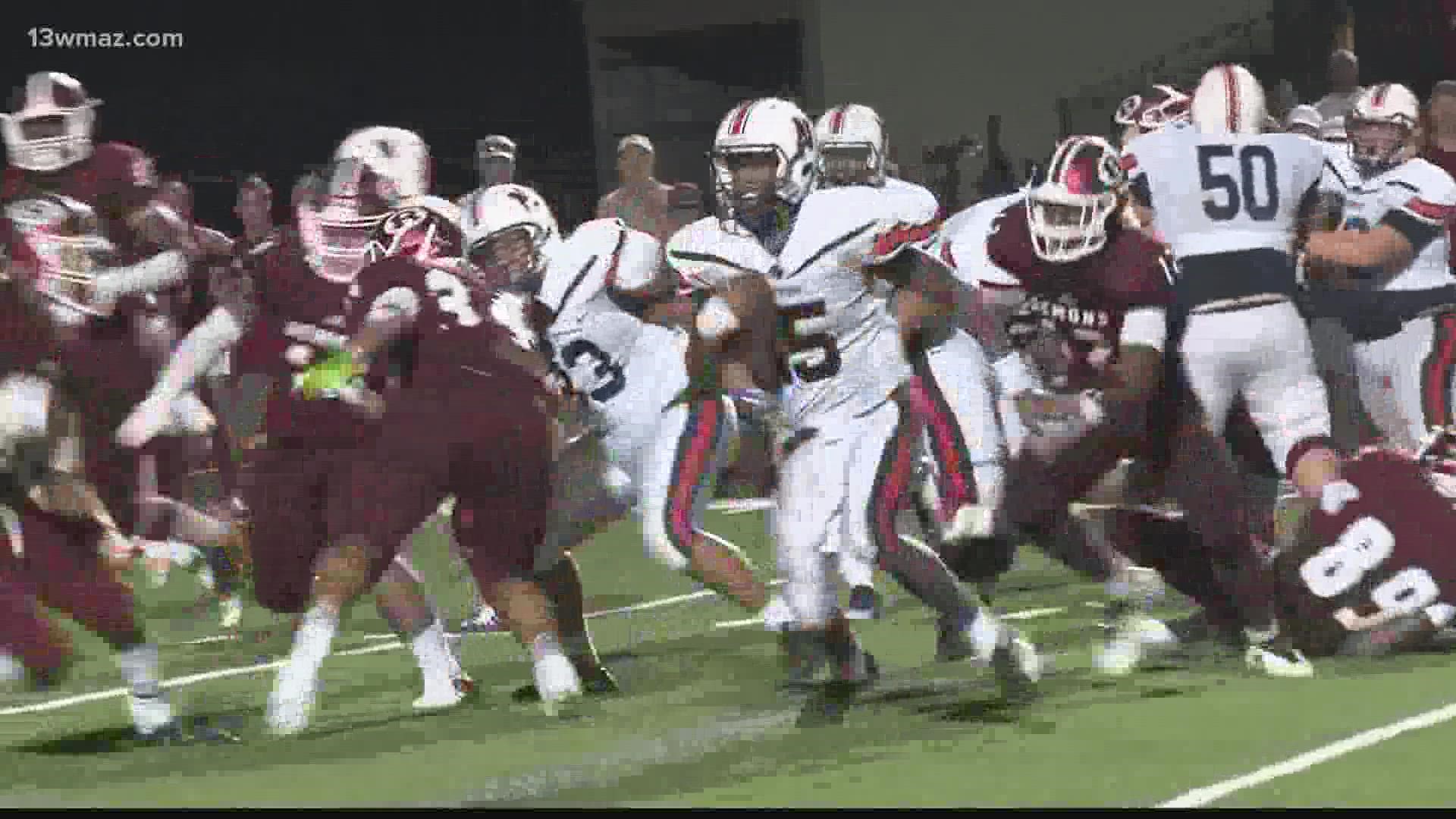 WARNER ROBINS, Ga. — It's a rivalry that has existed for 64 years between the Blue of the North and the Red of the Southside -- two programs that respect one another, but when it comes to competition, they don't like each other very much

"Coming out here focused, tuned in with everything that's going on knowing all the plays and knowing where everybody needs to be on the field. Just coming out here with good spirits," said Northside's Jaylen Allen.

Warner Robins' Jay Carter said, "I love the energy. I love the fans. I love the crowd going crazy I just love it."

More recently in the series, the Demons hold the strong arm, winning the last four games in a row and outscoring Northside 86-0 in the past two contests.

Today is a new day -- both teams are undefeated at 2-0, so it should be a heavyweight slugfest come kickoff.

"It's very important to us especially to us seniors and community to get the win," Eagle Demarcus Allen said.

"This will be my fourth year beating them and I want to get like last seniors, like how they shut them out all year. I want to do the same thing," said Demons' CJ Brooks.

Jaylen Allen said, "We lost to them 4 years in a row. This is my last show at doing this, so I hope we come out with a W."

"It's a legacy, basically, and you want to keep it going. You don't want a bad legacy, you don't want that," Carter said.

As countdown draws near, will it be the mantra of, "Tradition never graduates," or, "It's great to be a Northside Eagle" ?