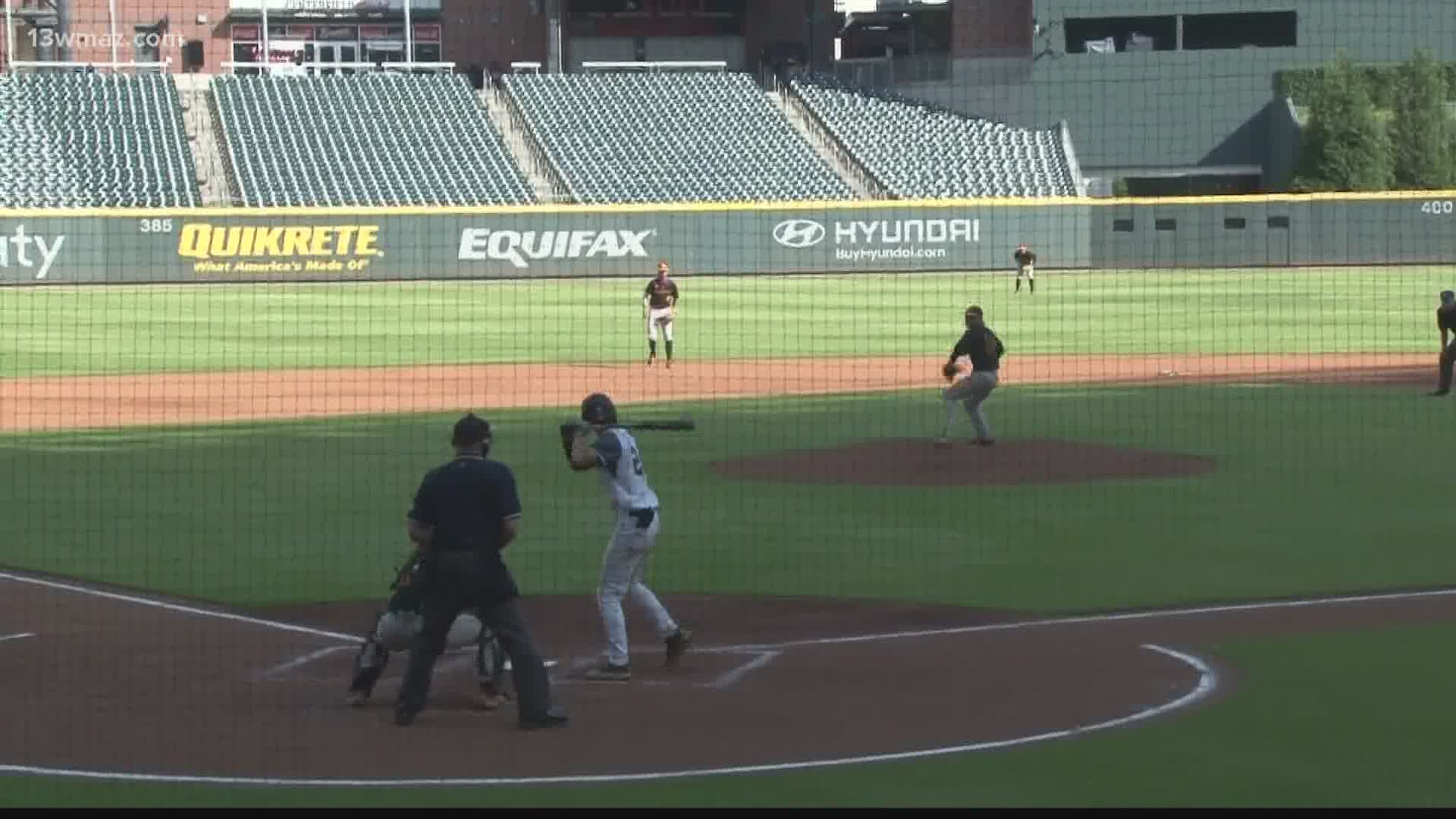 HOUSTON COUNTY, Ga. — One of Houston County High School's state champion baseball players will be in Central Georgia for a little while longer.

HoCo Bear Treyson Hughes announced via Twitter that he will continue his playing career at Mercer University under head baseball coach Craig Gibson.

First of all, I would like to thank God, family, and coaches for guiding me to make me the man I am today. With that being said, I am proud to announce that I will be furthering my academic and baseball career at Mercer University. Could not be more excited for this opportunity. pic.twitter.com/UdCKx5ytsb

"I've always been a big fan of Mercer. Their program is really good. Some things kind of went down with West Virginia that were personal to me and my family, so I just decided that Mercer was a good fit for me," Hughes said.

A big reason for the switch was proximity to family. Mercer is a good central location to both sides of Hughes family.

"My mom's side of the family lives in Atlanta, my dad's side lives in Valdosta so it's dead in the middle. So they're just two hours from each other. So they can come see me play all the time, and that's what I like to see, all the support I can get," Hughes said.