The Huskies expect to play many of their athletes both ways, a change from years past 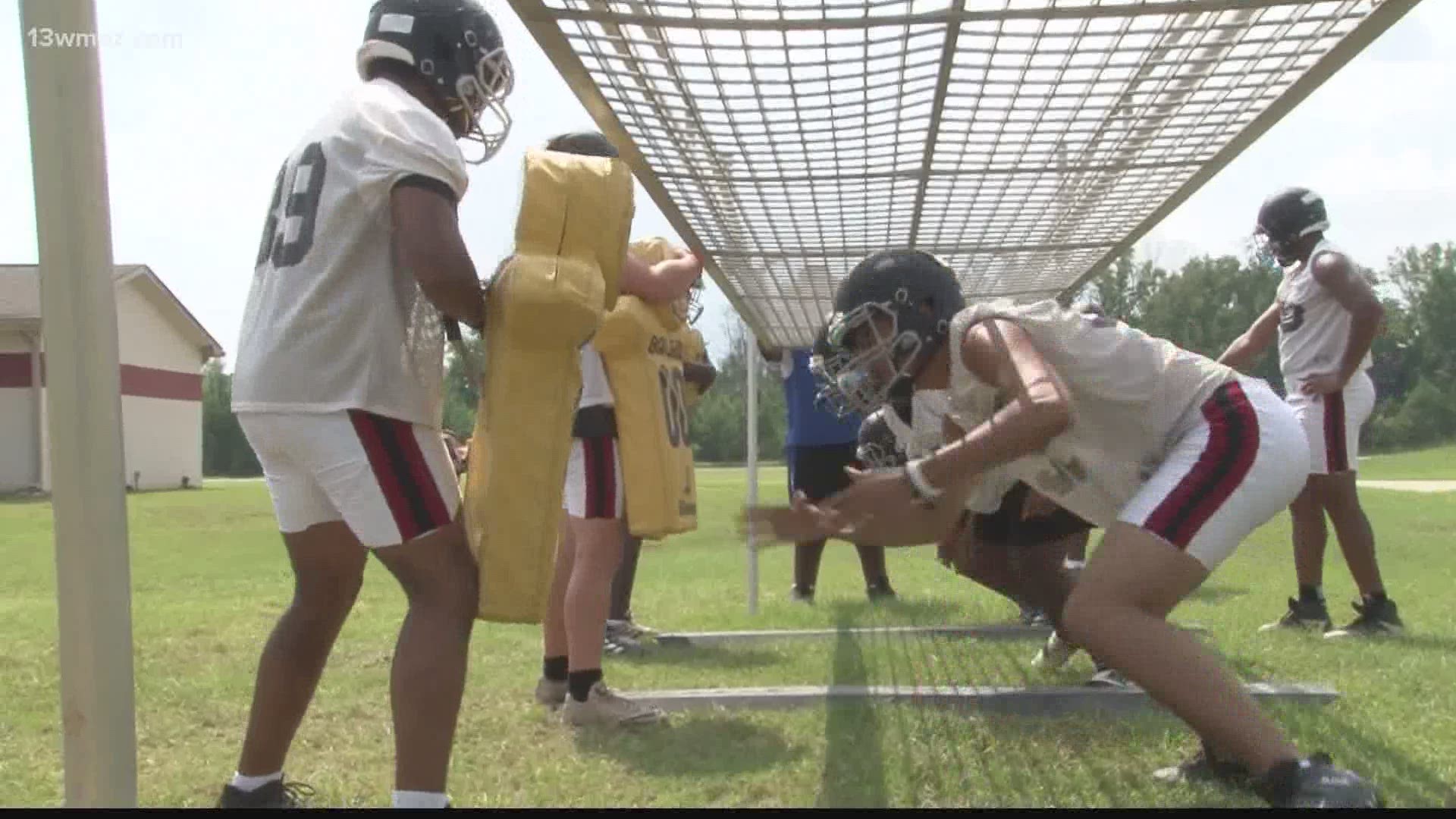 MACON, Ga. — Last year was up and down for the Howard Huskies. They split their schedule down the middle with a 5-5 record and went 1-3 in region play. Howard missed the playoffs and now will look to replace two really solid running backs in Javarsia Meadows and Jeremiah Kelly.

"I don't think we'll be as explosive as we were last year running the football, but I'll take four yards every time. Three times four is 12 and that's a first down every time," said head coach Paul Carroll.

Caroll will look to a senior laden offensive line to march the Huskies down the field this year.

"[We] got a lot of offensive lineman coming back Jawaun Henry, Carlos Murphy, Auden Murray, guys that played a lot of snaps for us so that's where I think our strength is gonna be in the offensive line," Carroll said.

On defense, the Huskies have the core of their front seven returning including all three of their starting linebackers. Henry, who plays both ways, is a four year Husky and knows much will be required of him in 2020.

"It's a big step, but I'm up for it. I've been here ever since Coach Carroll's been here, so I know what to do and what not to do," Henry said.

Nearly 30 seniors are in this year's Husky pack, but even with a big senior class, Carroll said to expect to see many guys, like Henry, play both ways.

"It's a new era right now and we're going to the games with a lot of guys who know how to play offensive line and how to play defensive line, because you never know if a kid gets sick or even if a coach gets sick. We're actually having our coaches work both ways also,"  Carroll said.

Henry has embraced the dual role. It's one he and many other seniors are accepting to improve upon last year.

"In our senior group, we got all these group chats. We talk about this 24, seven. We just want to make it. We want to be the best class that came through Howard," Henry said.

Howard will open their season against Southwest. Week one is September 4.