'I just want to see us make plays': Houston County football depending on senior playmakers

The Bears want to continue the momentum they started with their deep 2019 playoff run. 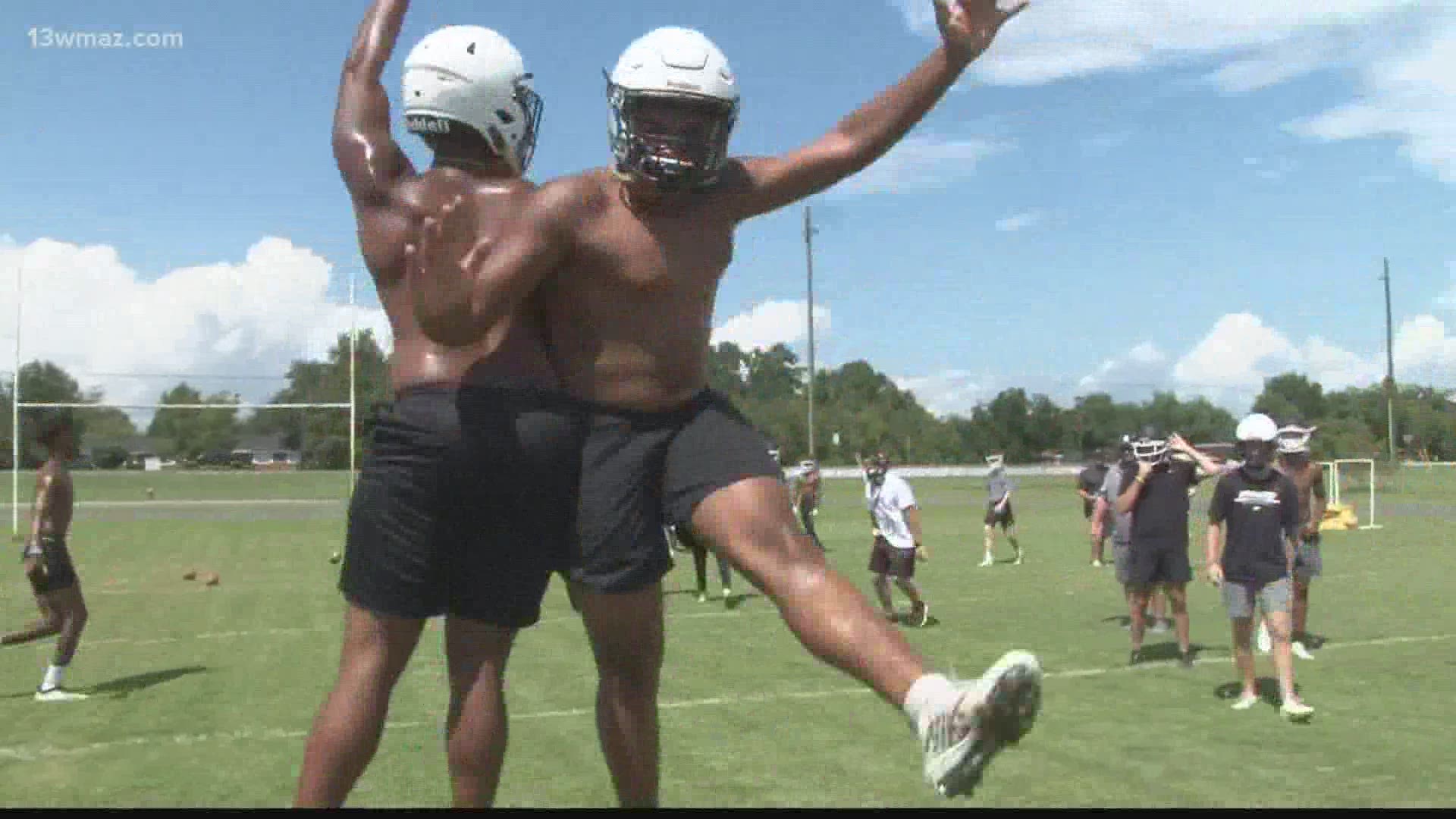 HOUSTON COUNTY, Ga. — Last season had its ups and downs for Houston County. After going 4-6 in the regular season, the Bears got hot when it counted. Winning two playoffs games and appearing in the quarterfinals.

"I've always said if you just get in the playoffs, you got a chance to play for awhile. We got in and found a way to win some big games," said Ryan Crawford, Houston County Head Coach.

The Bears will roll into this season with some momentum. They'll have a small senior class, but it's one with plenty of game experience and leadership. Crawford will depend the most on those in the trenches, his offensive and defensive line.

"I think our line of scrimmage has got some guys that have seen a lot of playing time, which I think is where games are won and lost is up front," Crawford said.

Expect a big year from Jayleem Santos, who picked up his first college offer this summer and was a preseason all-state honorable mention by Recruit Georgia. He collected 50 tackles, eight for loss, in 2019 as a junior.

"We're strong, we done had a lot of experience and we play good ball," Santos said of the defensive line. "I just want to see us make plays. I want to top what I did last year."

In the backfield, two senior running backs look to be a dynamic duo. Corey Chaisson and Tyler Williams plan to be a 1-2 punch. Chaisson ran for 583 yards and 4 touchdowns in a running back by committee system.

"We've got a real good rotation, when one gets tired the other goes in. We've got a two-headed monster back there," Chaisson said.

The Bears step on the field for the first time, Friday, against the Perry Panthers. Tickets for all Houston County Schools games go on sale as early as Wednesday. Stadium capacity is limited to 25 percent.