Expect less fans in the stands and people masked up. 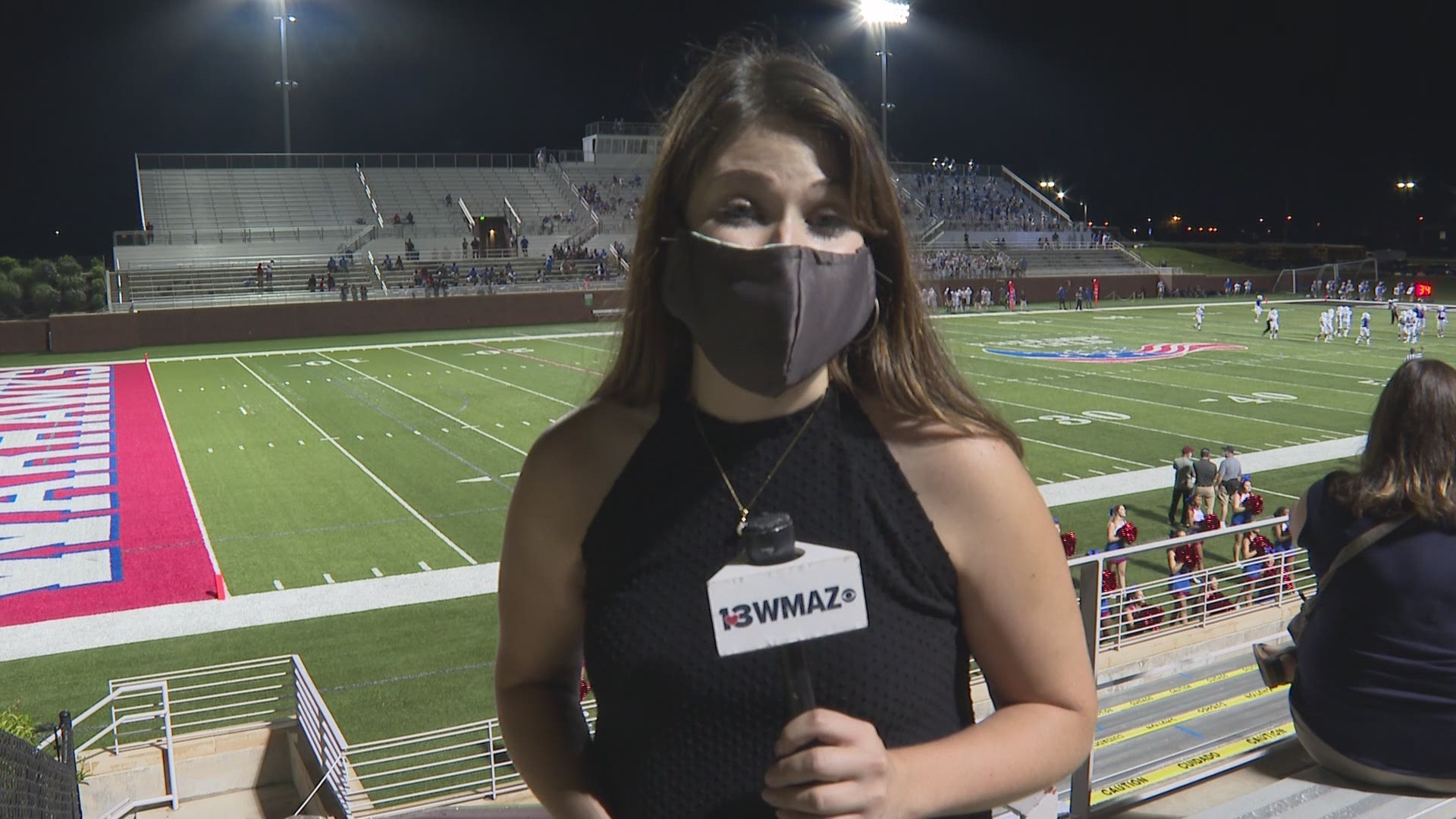 MACON, Ga. — Football Friday Night is back, but with some changes.

Fans at high schools in Houston County may have noticed after the last couple games, this season isn’t quite like years past.

"The days of showing up to the gate and buying a ticket, and, you know, going in and sitting with all your friends and sitting close together, they're kind of things of the past for now," said Jason Brett, athletic director at Houston County High School.

Houston County is one of dozens of school districts in the area taking COVID-19 precautions during football games.

Fans filed in, and some masked up.

Brett says masks are required when you’re transitioning, like to the concessions or the restroom, or when you can’t maintain social distancing.

All high schools in Houston County School System follow the same precautions for football games, according to spokesperson Beth McLaughlin.

Most fans we spoke to say they're in favor of the changes.

"I want them to do everything they can to keep our boys safe because we want to watch our boys play football. It’s their senior year," said Kathy Gibbs, a Veteran Warhawks fan.

Once in your seat, fans are socially distanced, and some benches are marked off with caution tape.

"They also have teachers from the school there telling us a direction to go in and sit. There’s also tape telling people to stay six feet apart so families can sit together but then it’s allow showing us exactly how to sit," Gibbs said. "I appreciate them doing that so it's easier to follow a procedure and an expectation."

Fans may also notice less people in the stands at Freedom Field. They’ve cut down capacity to 25 percent to allow for social distancing. Football moms like Gibbs and Tonya Smith both say they can make up for the cheering even though there’s less fans in the stands.

"I lose my voice every week so when I go back to work everybody knows what I've been doing. It goes Friday, all the way up until Tuesday, and then it’s back to normal, and then my voice is gone again Friday night," Smith said.

Brett says the players, cheerleaders, and band members have put time and effort into preparing for this season. He says when you think about these precautions, know that you’re doing it for the kids.

"It’s about doing our part so we can enjoy some kind of normalcy," Brett said.

Something many of the fans noted is that it’s all about being a team player. If everyone takes these precautions, we can all hopefully enjoy a full football season.