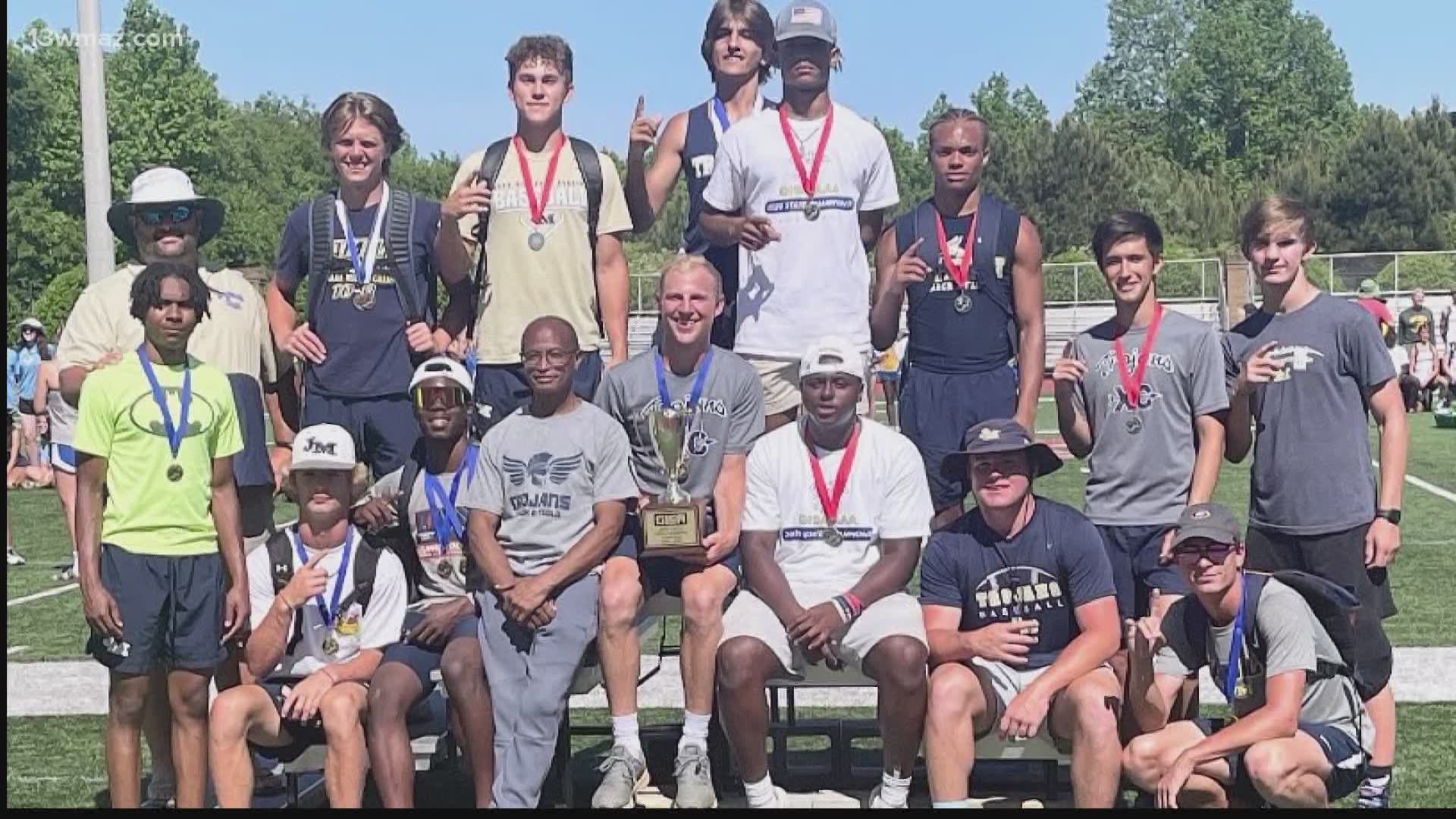 Brentwood scored 114 points and were gold medalists in four events.

The Trojans "A" team won the 4x100 meter relay with a time of 43.46. The time was .02 seconds short of a state record set by Frederica in 2016. The team consisted of Grayson Hopkins, Valynsky Calhoun, Patrick McDonel and Chaze Goddard.

The Trojans "A" team also won the 4x400 meter relay with a time of 3:31.32. The team consisted of Marcus Prestwood, Patrick McDonel, Spencer Beahm and Valynsky Calhoun.