The Falcons and linebacker Deion Jones agreed to a four-year contract extension on Wednesday. Julio Jones shared clips with Deion, and a shout-out to Arthur Blank 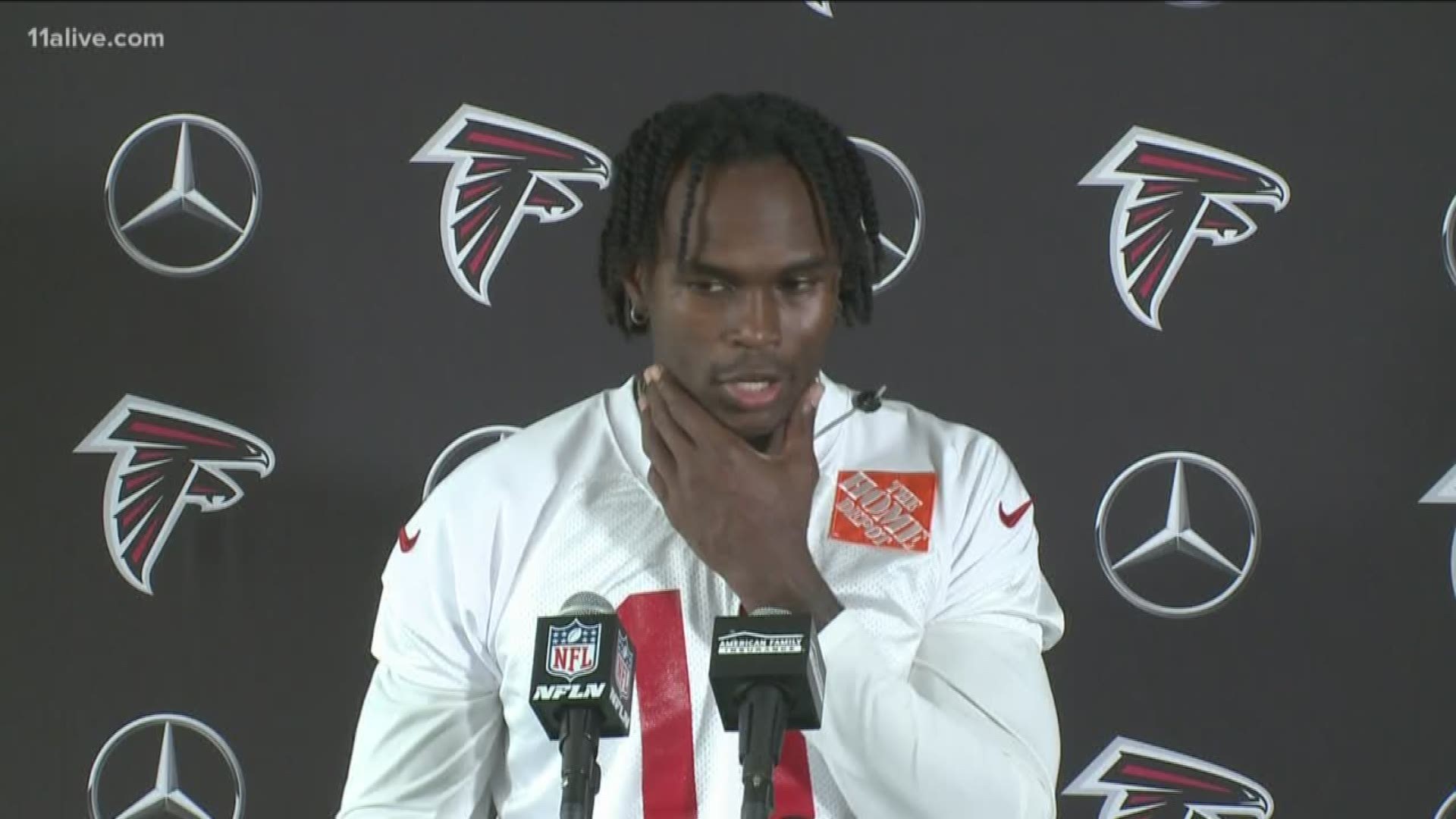 ATLANTA — The Falcons and Deion Jones agreed to a four-year extension worth a reported $57 million on Wednesday.

This deal was not a surprise, as the Falcons continue to lock up the core of their defense after Monday's agreement with defensive tackle Grady Jarrett.

What was surprising was the Falcons' other Jones enjoying what appeared to be an egg roll on a private jet, with Deion across the aisle.

Julio is heard giving a shout-out to Arthur Blank in the clips posted to his Instagram story.

The Falcons still have a few days to come to terms with their star wideout before training camp begins at Flowery Branch. The vets report on Sunday.