The rename comes after the completion of the merger between BB&T and SunTrust in December 2019. 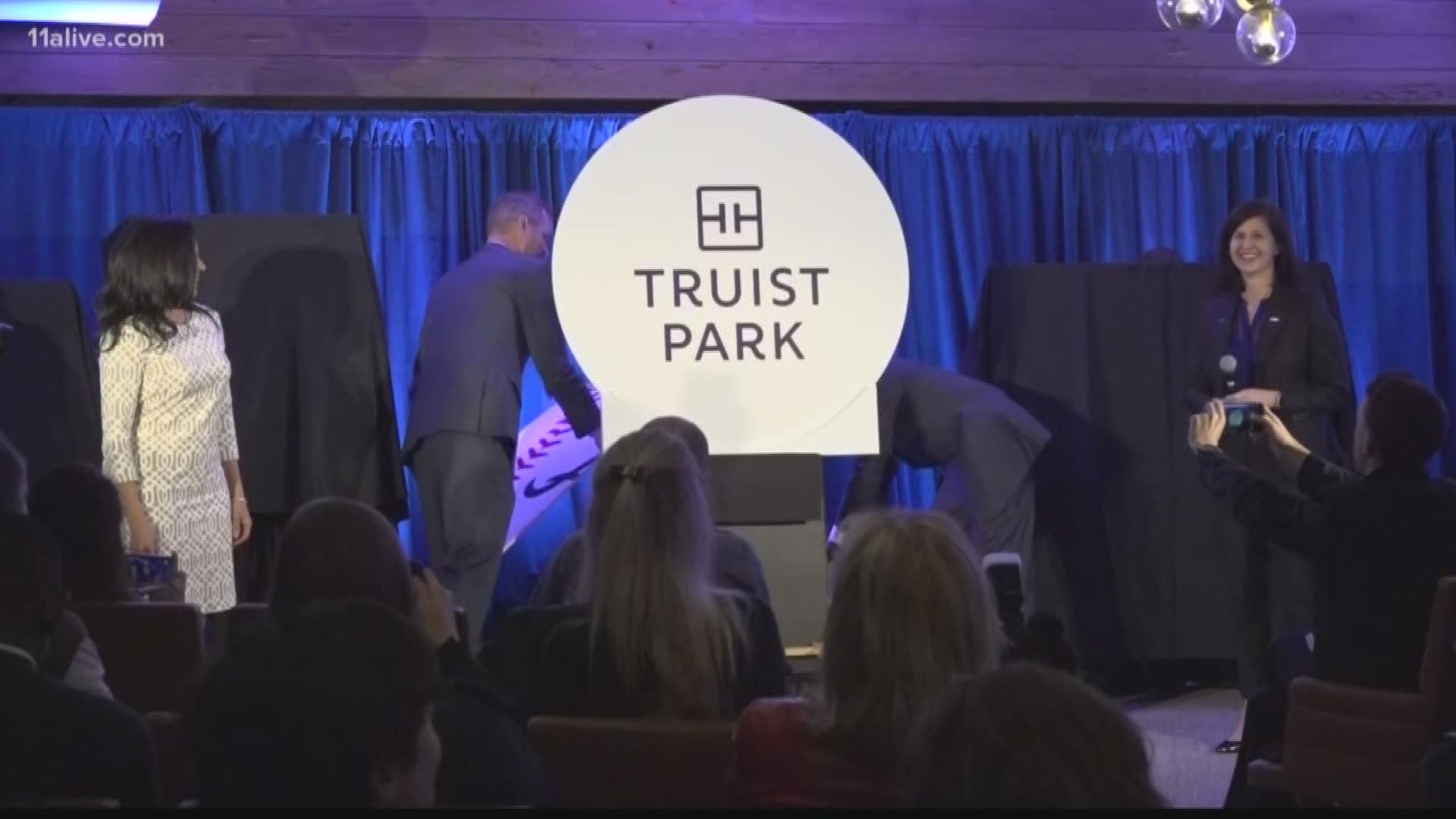 The Atlanta Braves and members from SunTrust - now Truist - made the name change official during a ceremony Tuesday morning, when they unveiled signage that would be used around the park.

The rename comes after the completion of the merger between BB&T and SunTrust in December 2019.

SunTrust just recently unveiled the new look for Truist: a monogram made up of two T's that mirror the Truist name and represent Touch + Technology, they said. Truist Purple, the defining color of the new brand, is the combination of heritage BB&T burgundy and SunTrust blue, they said.

According to the Braves, fans can expect the major branding to be in place at the stadium in time for Opening Day of the 2021 season, but can start to "experience" the brand at the Braves' annual Chop Fest Weekend on Friday, Jan. 24 and Saturday, Jan. 25.

But that's not the only way the team plans to celebrate the name change. Truist said over the next 10 years, they plan to refurbish one youth baseball field a year and name each after Atlanta Braves great, Hank Aaron.

They will also offering a free ticket to one baseball game to all kids under 14 years old during the month of April. Sign up for that opens March 2 at The onUp Experience inside The Battery Atlanta. Tickets can be redeemed at the Braves ticket windows.

BB&T and SunTrust announced the name of their new merged banking conglomerate back over the summer.

Back then, responses from people at the Battery - where the ballpark is - ranged from "I like it. I think it's nice," to "Uhhh…it's a little dorky, not gonna lie. But whatever, that's the name of the bank."

SunTrust originally purchased the naming rights for a reported $10 million-a-year for 25 years. The renaming of the stadium is a "continuation" of that partnership with the Atlanta Braves.

Photos: This is what Truist Park will look like

1 / 3
Atlanta Braves
Renderings show what the new signage will look like at the newly-renamed Truist Park.

Police: Adults chased down teens accused of stealing from them - and killed one

After being sentenced to life behind bars, man gets second chance with job at Tyler Perry Studios