The World Champion took to Instagram to tell the world he and his wife, Anna, are expecting a little bundle of joy. 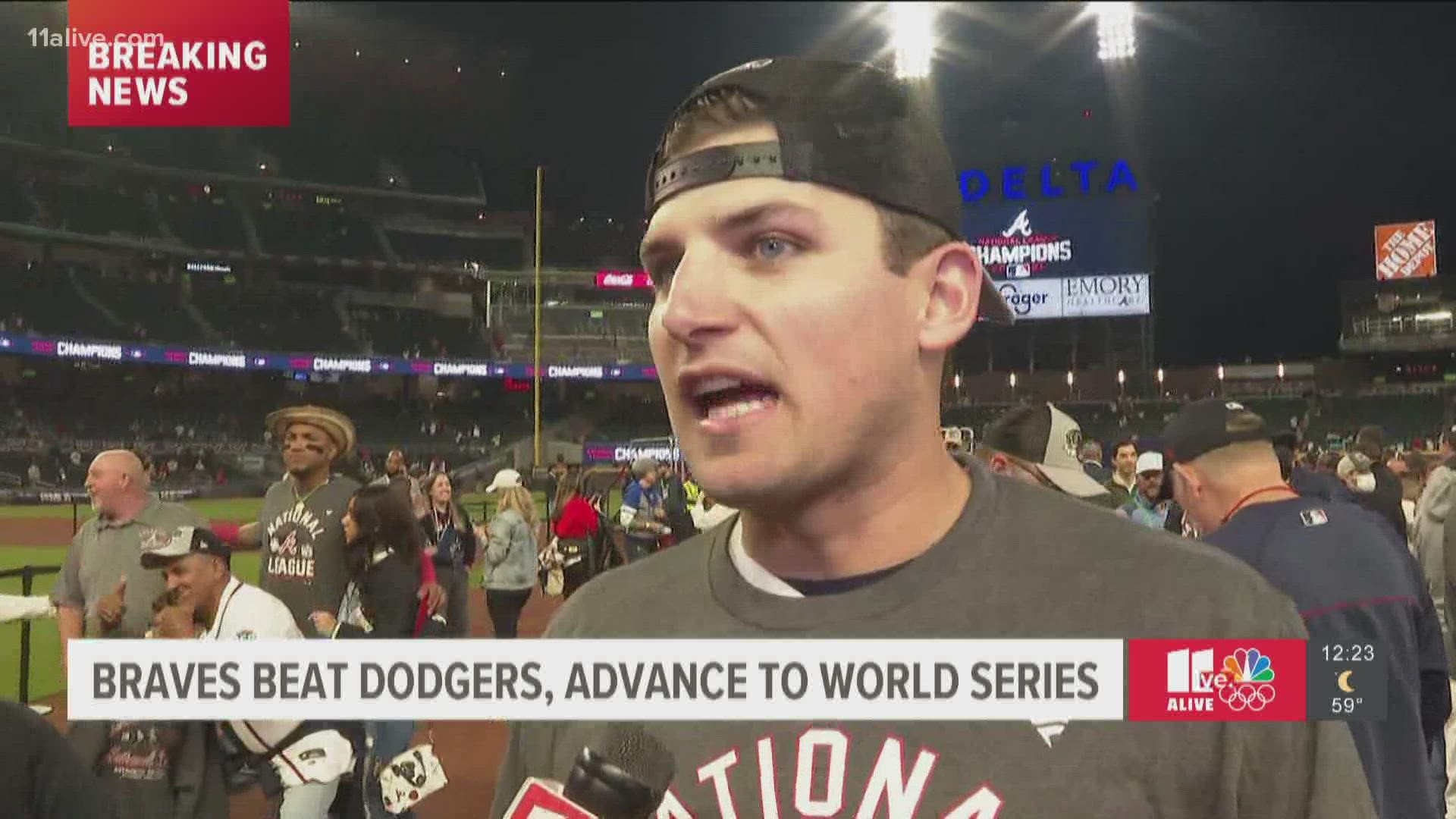 ATLANTA — Just weeks after the Braves took home the World Series title for the first time in over two decades, one Atlanta player has announced his family is celebrating a win of their own.

World Champion and third baseman Austin Riley took to Instagram to tell the world he and his wife, Anna, are expecting a little bundle of joy.

"Thrilled to announce that I will have a little hunting buddy come early May!" Riley wrote. "Anna and I are beyond blessed and excited."

Anna also made a post on social media sharing the news. She even spilled that the couple is having a baby boy.

"As if this month hasn't been exciting enough," Anna wrote on Instagram. "We have some special news to share! Our biggest adventure & most answered prayer yet — Austin & I are overcome with joy & can not wait to welcome our baby boy."

11Alive's Maria Martin spoke to Austin just moments after the team won the National League Championship Series back in October and discovered they'd be heading to the World Series for the first time since 1999.

At the time, he gave no indication that the couple may have had another surprise in store.

"I'm really blessed to be along for the ride because I'm so young in my career," Riley said. "You know, this doesn't happen every day."

Now the 24-year-old and his wife are getting ready to be along the ride for the journey through parenthood. 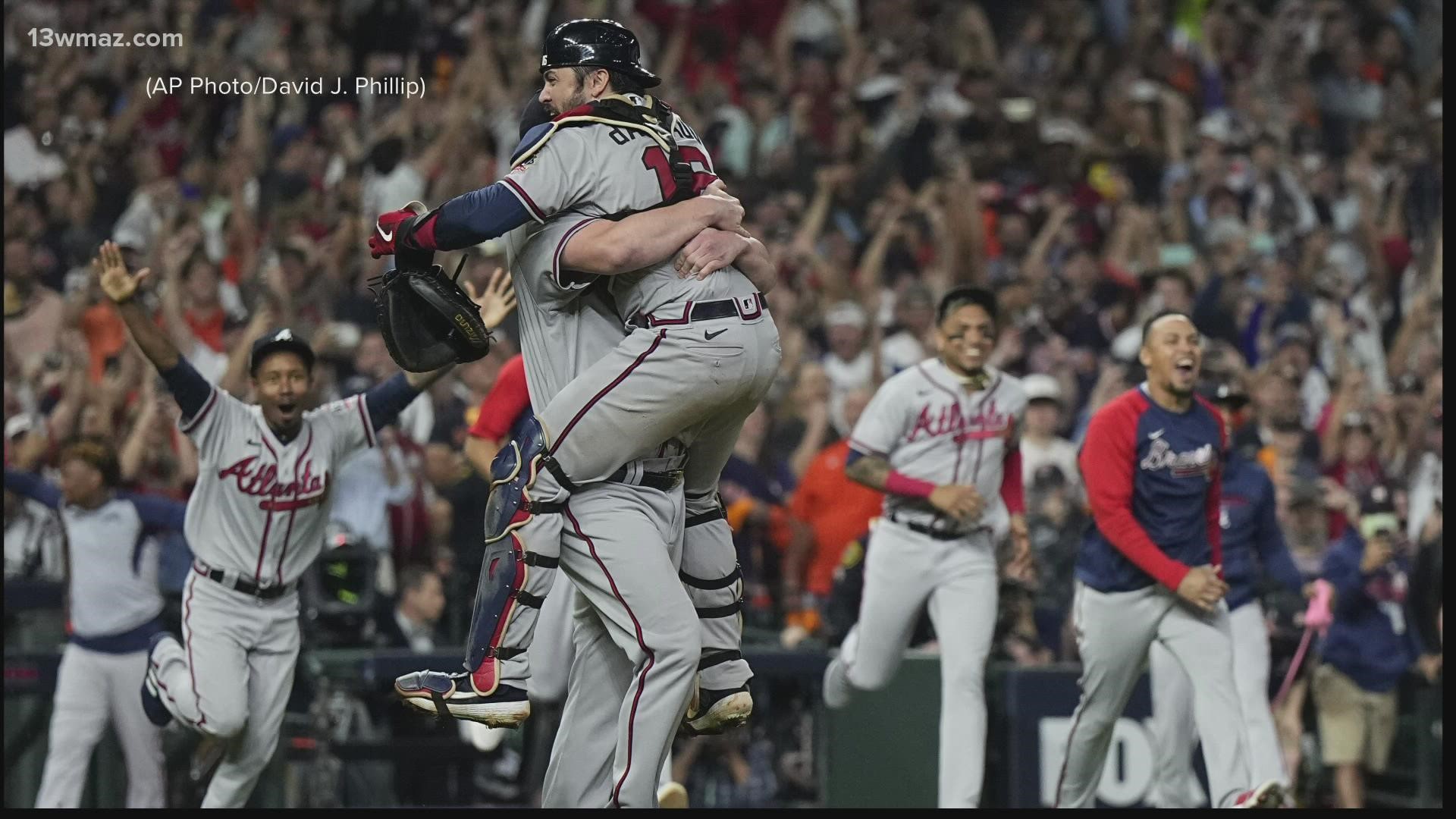