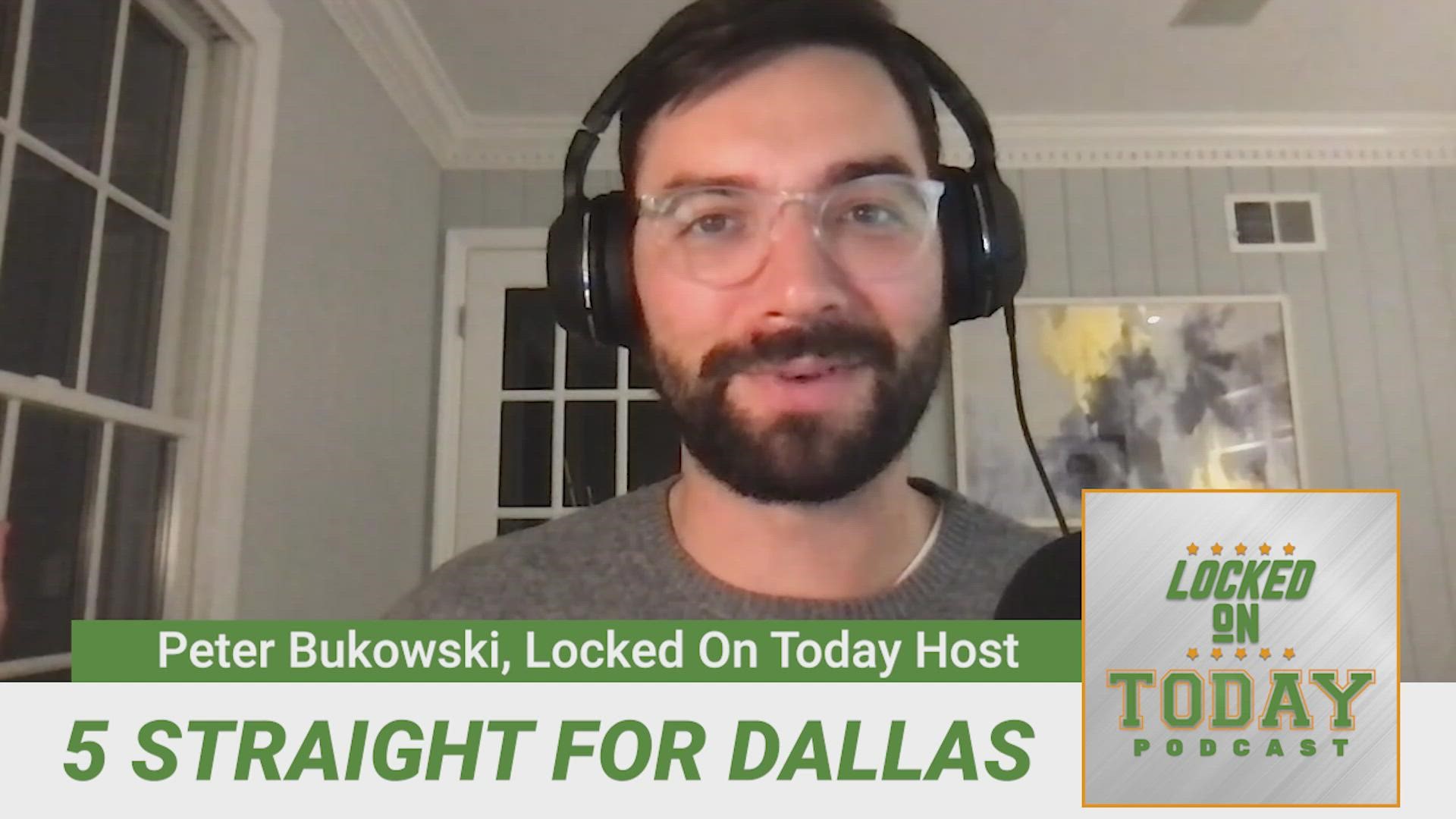 CLEVELAND — NFL Sunday did not disappoint in Week 6. We got extra football again with multiple games going to overtime. There were more upset wins as well as some surprising lopsided performances.

Check out some more of the top storylines from Sunday's NFL action.

Get caught up on all things NFL with the Locked On NFL podcast, your daily podcast for NFL news, analysis, rumors and predictions.

No coach, no problem for Arizona Cardinals in Cleveland

The Arizona Cardinals were without head coach Kliff Kingsbury, quarterbacks coach Cam Turner, top defender Chandler Jones, starting center Rodney Hudson and others and it was no issue for them whatsoever in Cleveland.

The Cardinals continue to prove this isn’t some fluke as they continue to dominate talented teams on the road. They defeated the Browns 37-14 Sunday in Cleveland and it really was never a game. Baker Mayfield was sacked three times and the Cardinals forced three turnovers.

The Cardinals remain the NFL’s only undefeated team and they’ve defeated the Titans, Vikings, Rams, 49ers and Browns in five of those games. Pretty impressive stuff.

The Dallas Cowboys just keep winning. They picked up their fifth-straight win on Sunday to move to 5-1 on the year in a 35-29 OT thriller in New England. Meanwhile, the rest of the NFC East lost this week to give Dallas a three-game lead on the division more than a third of the way through the season.

The Cowboys had trouble scoring on the Patriots to start the second half but a late third quarter touchdown put them in the lead 17-14.

Mac Jones and the Patriots clawed back to take a 21-20 lead with six minutes left in the fourth. Then, chaos pretty much ensued. Dallas missed a go-ahead field goal with under three minutes left, but two plays later, Mac Jones threw a pick six to Cowboys cornerback Trevor Diggs, the NFL leader in interceptions. This gave Dallas a 26-21 lead after they missed the two-point conversion.

On the very next play from scrimmage, Mac Jones found Kendrick Bourne for a 75-yard touchdown and took a 29-26 lead on the two-point conversion. Dallas would force overtime with a 49-yard field goal from Greg Zuerlein.

Dak Prescott led the Cowboys down the field in OT, finding CeeDee Lamb for the game-winning touchdown. Prescott had 445 passing yards and three touchdowns. Lamb had nine catches for 149 yards and two touchdowns.

If they weren’t already, the Cowboys are definitely in the NFC contender conversation by now.

Speaking of NFC contenders, the Green Bay Packers also picked up their fifth-straight win on Sunday after losing in Week 1. Aaron Rodgers and Green Bay took the 24-14 win over the Bears in Chicago.

On a late fourth quarter rushing touchdown, Rodgers looked up into the crowd and the broadcast microphones were able to pick him up yelling to Bears fans, “I still own you!” He certainly does. He holds a 22-5 record against the Bears. He’s won five straight and 11 of the last 12 against the Bears.

Green Bay takes on the Washington Football Team next week before a primetime Thursday Night Football matchup against the Cardinals in Arizona on Oct. 28.

The #Lions are 0-6. Here is a preview of the @lockedonlions postgame pod upcoming. pic.twitter.com/XiEbawDIBj

The Detroit Lions are the final team to not record a win after the Jaguars were able to grab their first win of the year on Sunday against the Dolphins.

While some Lions losses have been brutal late-game heroics from the other side, Sunday was not the same story. The Bengals absolutely dominated Detroit the entire game. The Lions didn’t get on the board until the fourth quarter and were able to get a garbage time touchdown to lose 34-11.

Jared Goff’s mediocre play at quarterback continues for Detroit. He went 28-for-42 with 202 yards and an interception on Sunday. He missed plenty of throws and after the game, head coach Dan Campbell didn’t hold back.

“I feel like he needs to step up more than he has," Campbell told reporters after the game. Campbell did note that this was not all on Goff, but it certainly wasn’t an endorsement. Whether that fires Goff up or lead to turmoil in the locker room is to be determined.

It’s not getting any easier for Detroit yet, a team that has had a tough schedules thus far as they take on former franchise QB Matthew Stafford and the soaring Los Angeles Rams in L.A. next week. 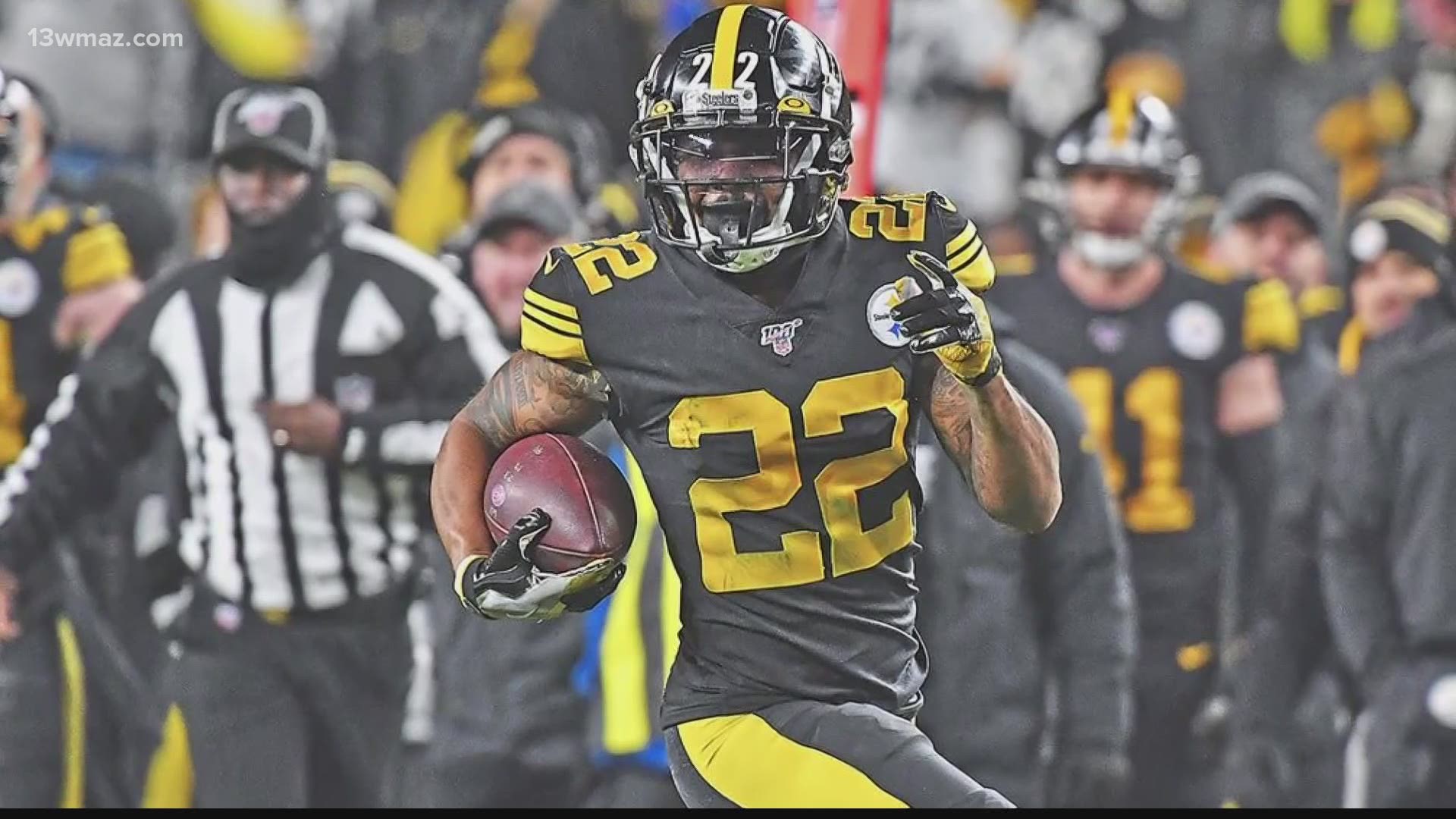