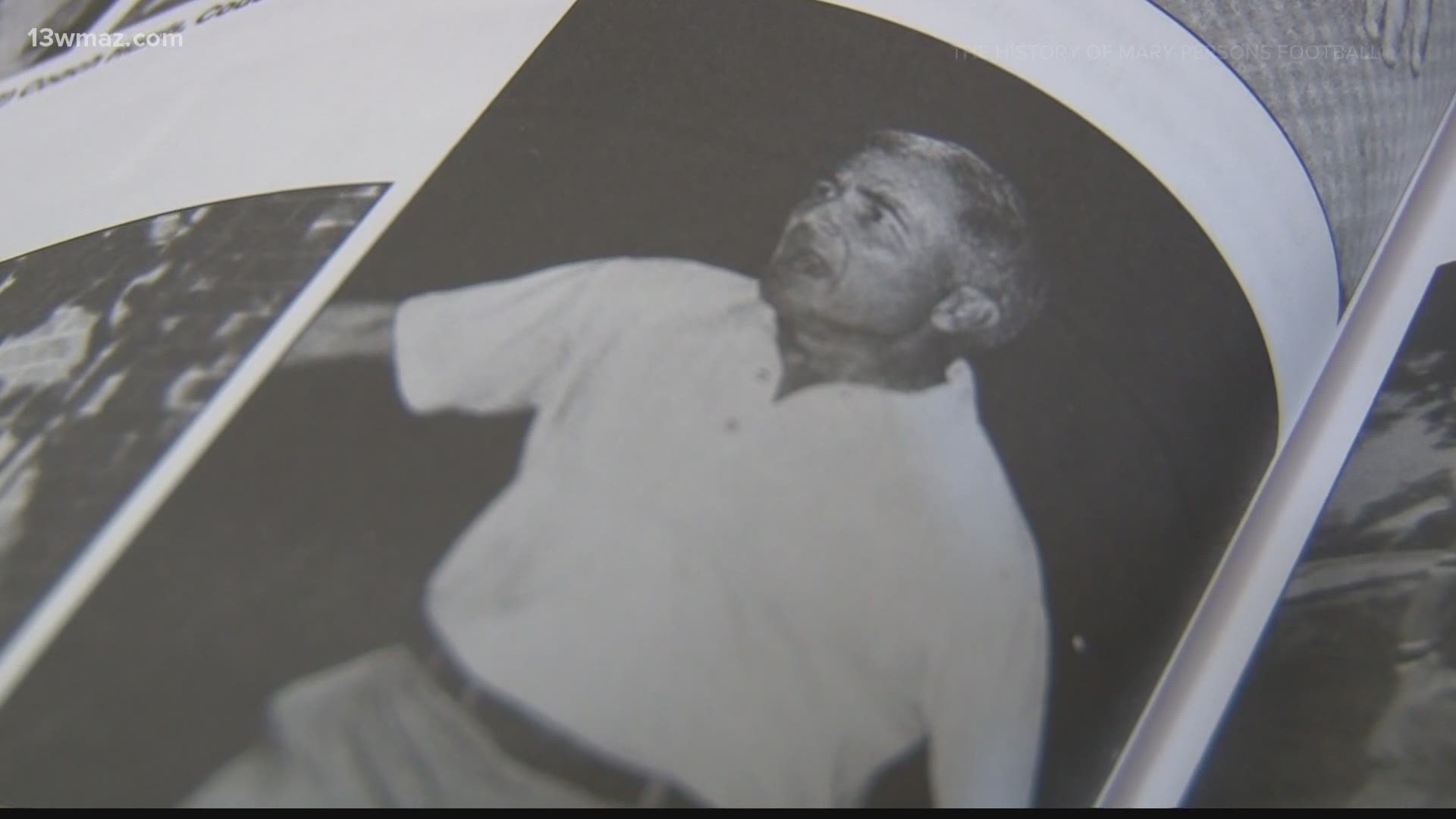 MONROE COUNTY, Georgia — The very foundation of Mary Persons football is Dan Pitts. The coach built the program from scratch and turned it into a dynasty over a 39-year career. On Tuesday, he passed at the age of 88. He leaves behind a legacy in Monroe County that will last even longer than he was a coach.

"I think it's a sad day in Monroe County, but Mary Persons wouldn't be what it is without Dan Pitts," said Brian Nelson, the current Mary Persons football coach.

Pitts began coaching at MP in 1959. Over a 39-year career, he won 346 games, the most ever at the time of his retirement and still top five, according to the Georgia High School Football Historians Association. He also delivered a state championship in 1980.

"In today's world of high school sports and high school football probably, you don't see the types of coaches who been at the same school for 40 years and did some of the same things he did," said Nelson, who is also Pitts' next-door neighbor.

Bobby Melton, a Forsyth lawyer, wrote two books on the history of Mary Persons football and said Pitts made Monroe County a household name in all four corners of the state.

"I've been places where I didn't think anyone would even know where Forsyth was and I'd say, 'Oh, I'm from Forsyth,' and they'd say, 'Oh, that's where Dan Pitts coaches,'" Melton said.

Mary Persons' football stadium now bears Pitts' name, and to know him was to love him, whether it be as a friend, fellow coach, or former player like 1980 State Champion Greg Elrod.

"He was more than just a football coach. He was a great, upstanding citizen of the community and loved by everyone," Elrod said.

Pitts will certainly be remembered for his success on the field, but his biggest legacy may be progress. He ushered in integration of the Bulldogs in the early 1970s.

Pitts is leaving behind an impact that will last far beyond his lifetime.

Funeral services for Coach Pitts will be held Friday, April 23rd at 11 a.m. at the Forsyth City Cemetery.