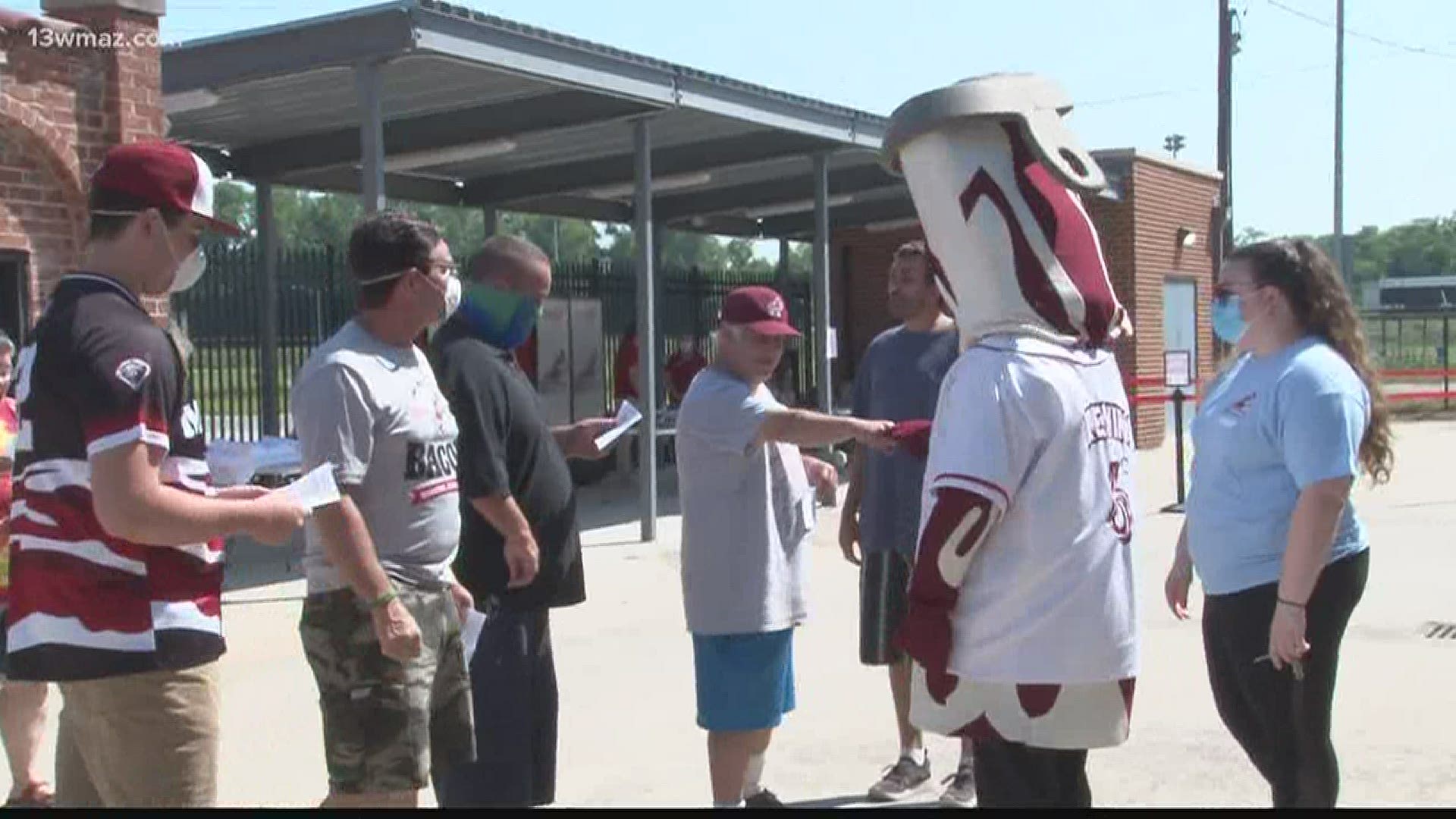 MACON, Ga. — In less than two weeks, baseball will return to Central Georgia and the Macon Bacon have a few tricks up their sleeve to improve their fan experience for the summer.

Fans filed in to Luther Williams Field for this year's 'Fan Fest,' excited to see what the Macon Bacon had cooking for the 2020 season.

"I'm so ready for it to be back. I'm ready to get out there and holler and scream for our team," said Melissa Nolen.

The rescheduled fan fest was a chance for season ticket holders to pick up their ticket packages and get their first look at the ball park's new features ahead of the Bacon's July 2 home opener.

"We're going to be turning on our big blank fans for the first time and we're excited about that. There's four of them and there going to be moving some serious air," said Brandon Raphael, Macon Bacon's president.

The fans are 16 feet in length and the temperature difference is night and day. The Bacon announced a partnership with Georgia Power to fuel the fans. The main seating area will now be called the Georgia Power Cooling Zone.

The team also introduced a new craft beer partner, Terrapin Beer Company based out of Athens and announced a live pig mascot named the Notorious P.I.G. AKA Piggy Smalls after a fan naming contest.

"It's great entertainment. It's a great way to get out of the house kind of thing," said Debbie Coleman.

Debbie and Ed Coleman have had season tickets ever since the Bacon returned three years ago. Ed has been watching the Bacon since the team's former days as the Macon Braves and Peaches. The couple was thrilled to hear about the new additions.

"We like them," Ed said pointing to the fans. "We was all praying for wind coming under here. It gets to be about 90, 100 degrees under here."

While the Colemans cheer for the new fans they can also cheer for the Bacon's new alter egos, the Macon Eggs. The Eggs are an alternative summer ball squad that will also play games on Luther Williams Field.

On top of new amenities, Raphael and the Bacon announced several other themed game nights and partnerships.

The team will bring back Bark in the Park night sponsored by Tractor Supply Company where fans can bring their pets and adoptable dogs will be present.

Two games will be devoted to front line essential workers of the COVID-19 pandemic. The Bacon are taking nominations for deserving medical professionals.

The winners of the Essential Heroes Program sponsored by Piedmont Ortho will receive free game tickets, all-you-can-eat food and a Macon Bacon hat.

"Anybody that's coming into the games whether they're an adult, a kid, grandma, grandpa or someone just stopping by the area, we want to make Middle Georgia proud and we want to make sure that when you do come to our games, you leave with a smile on your face," Raphael said.

There are still single game and season ticket packages available for purchase at maconbaconbaseball.com.

Players will report to Macon on June 26 ahead of their first game on July 1 against the Savannah Bananas and the home opener on July 2.