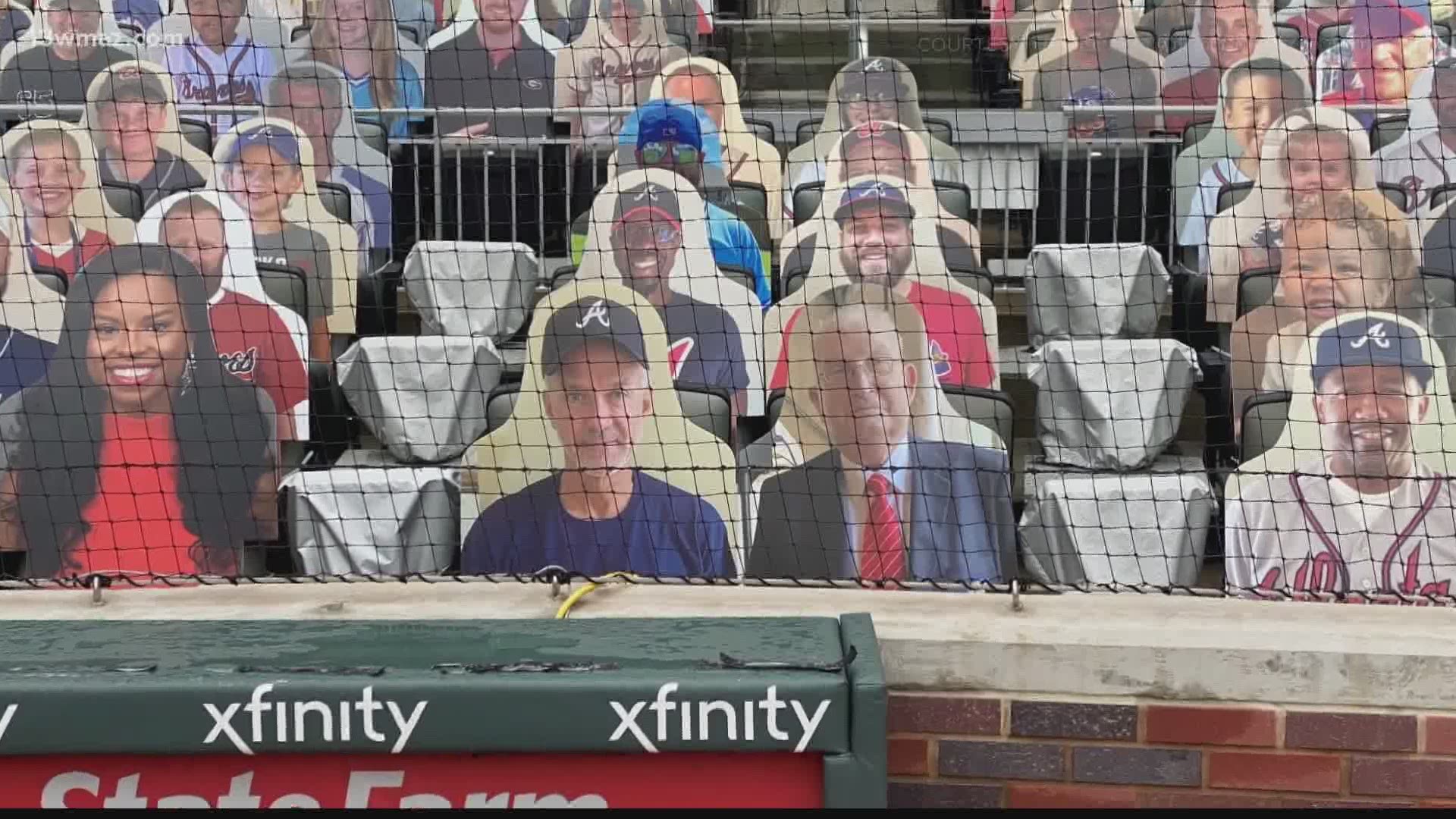 MACON, Ga. — Two Macon natives will have seats of honor at Truist Park this week. The Atlanta Braves planned to honor Jeff Battcher as a hometown hero this week for their series against the Miami Marlins.

Battcher asked that his cardboard cutout be replaced with the late 13WMAZ sports anchor and former Mercer University Athletic Director Bobby Pope. The Braves instead chose to honor both men with cutouts.

“I am honored to be recognized as an Atlanta Braves Hometown Hero representing all the tremendous work by everyone who makes the Macon RBI program possible. I also thank the Atlanta Braves for recognizing longtime Macon sportscaster and icon Bobby Pope,” said Battcher in a release.

The Pope and Battcher cutouts will sit behind home plate for the entire Braves and Marlins series through September 24.