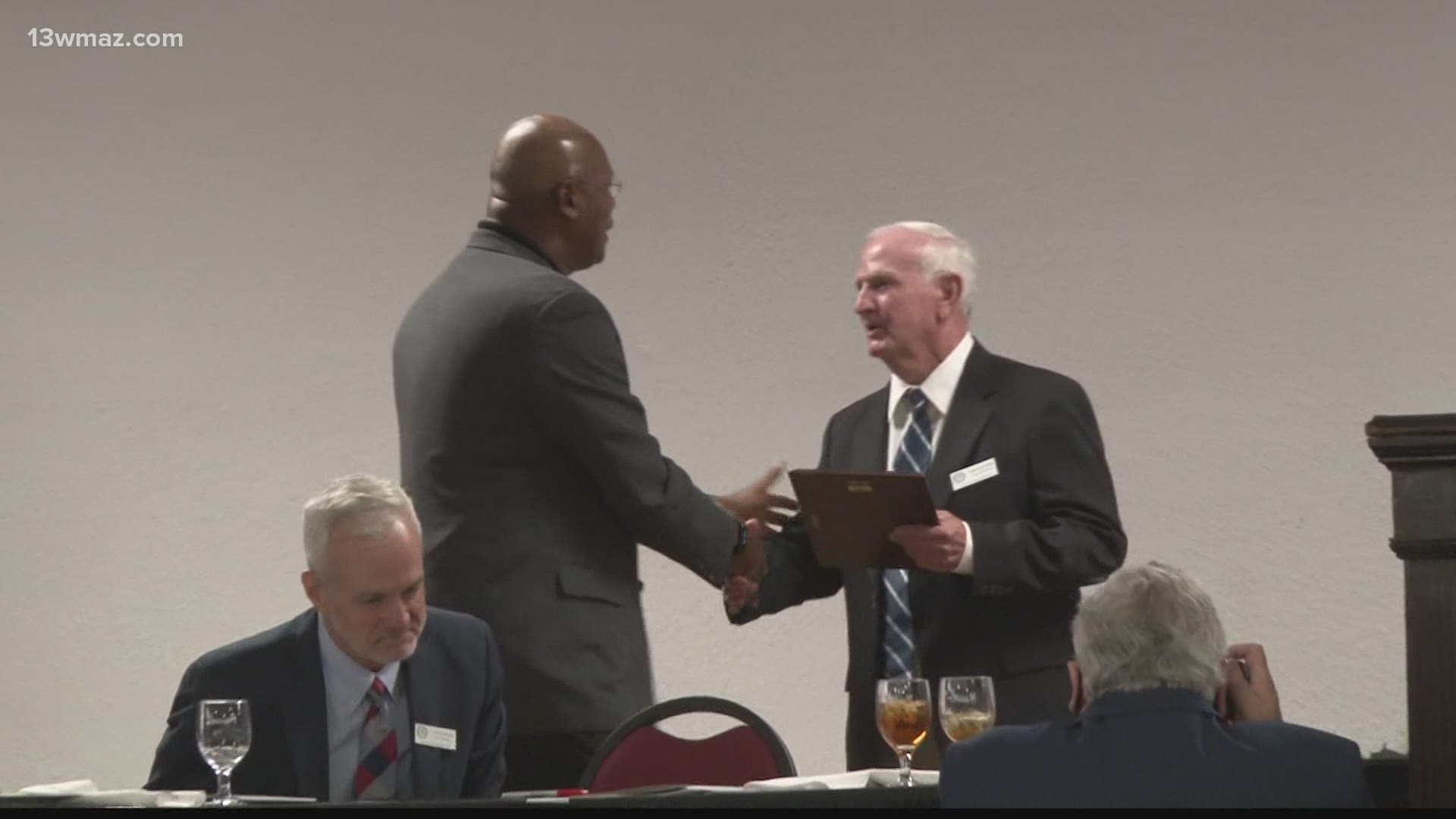 MACON, Ga. — It was a special night at the Macon Centreplex Tuesday evening. After the COVID-19 pandemic prevented their induction ceremony last year, the Macon Sports Hall of Fame held their annual event Tuesday night, honoring what would have been the class of 2020.

Masked up and mostly socially distanced, friends and family of inductees filed into a conference room for a night long overdue.

Emceed by 13WMAZ anchor Frank Malloy, the Macon Sports Hall of Fame honored its latest class. Because of the pandemic interruption the year before, the class of 2020 is now the class of 2021.

"Well, being from Macon, it's a great honor to be recognized by Macon and the Hall of Fame," said Tommy Seward, a former coach at Central High School.

The class features members who made big contributions as players, coaches or administrators in six different sports and collectively earned a minimum of 28 state championships among dozens of other accomplishments.

"There's no telling what kind of teams we could produce if we had a reduced number of schools and we could pool those athletes. Even with the number of schools that we have we still turn out a lot of good athletes," said Robert Slocum Jr, a Mount De Sales coach and athletic director who followed his father into the hall of fame.

One by one, the classes eight members had their time to shine; reflecting on their accomplishments, highlighting their character and thanking the support systems that built them.

"Running, playing ball, being with my teammates and having people in your corner as an athlete, it was a real great experience," Cynthia Cornelius Booker said. Booker won state championships in track and basketball at Northeast High School

The night honored the greats of the past and present, the greats we've lost this year like coach Eddie Ashley and broadcaster Bobby Pope. It also encouraged those great athletes to come.