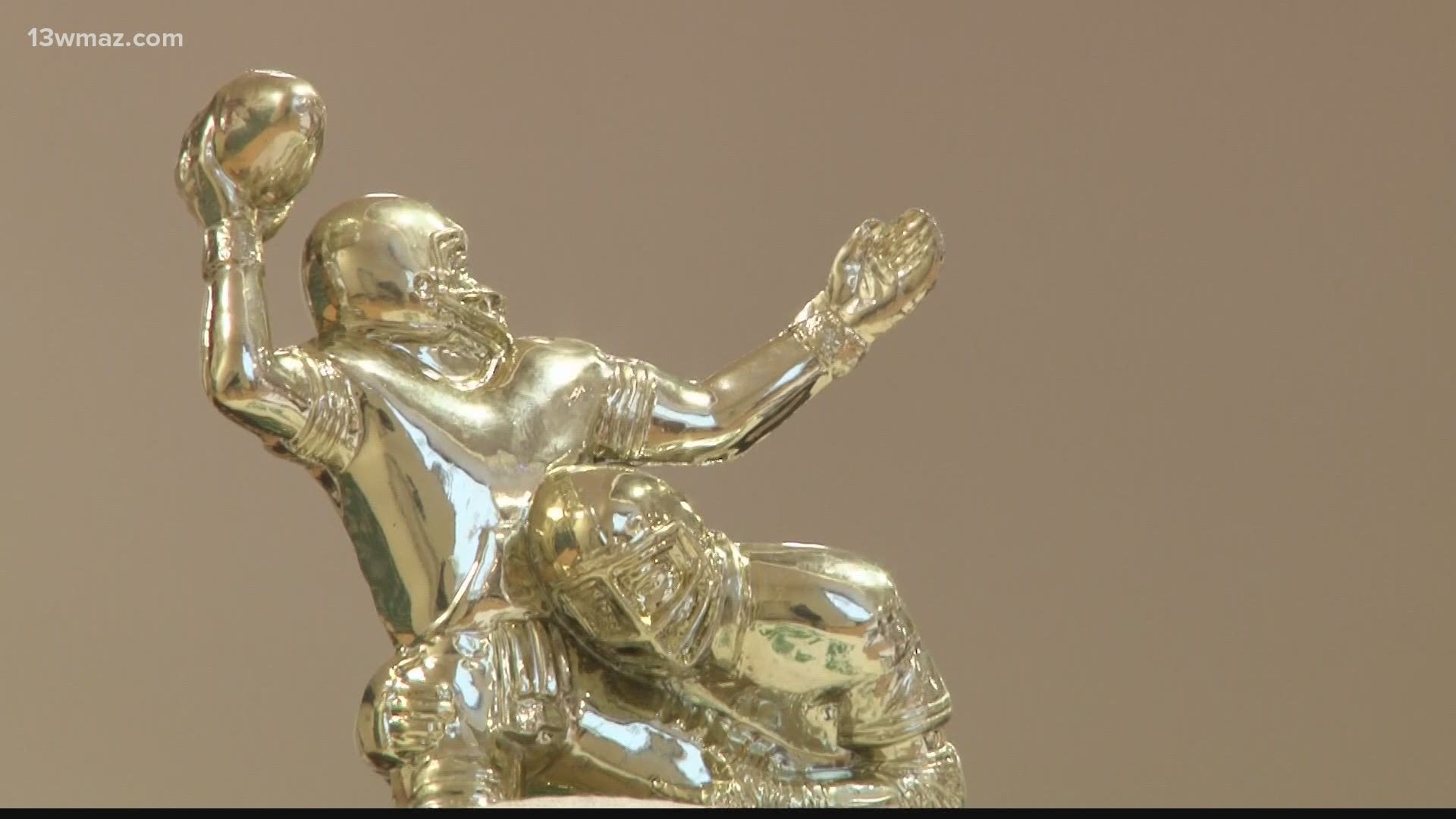 A'Khori Jones of Mount de Sales High School is the back of the week. Jones rushed 30 times for 353 yards, threw four-of-six for 51 yards and caught a pass for a touchdown. All together Jones accounted for 432 all-purpose yards and four touchdowns in Mount De Sales win over Strong Rock.

Lineman of the week is Caleb Heard, a defensive end for Central High School. Caleb had seven tackles, four tackles for loss and a sack in his team's 39-0 win over Pike County. The Chargers have won five straight games.

Tyler Farmer of Covenant Academy is the special teams player of the week. Farmer returned three kickoffs for 104 yards, had two punt returns for 86 yards and rushed six times for 64 yards. Farmer accounted for 254 all-purpose yards in his team's 62-32 win over previously unbeaten David Emanuel Academy.