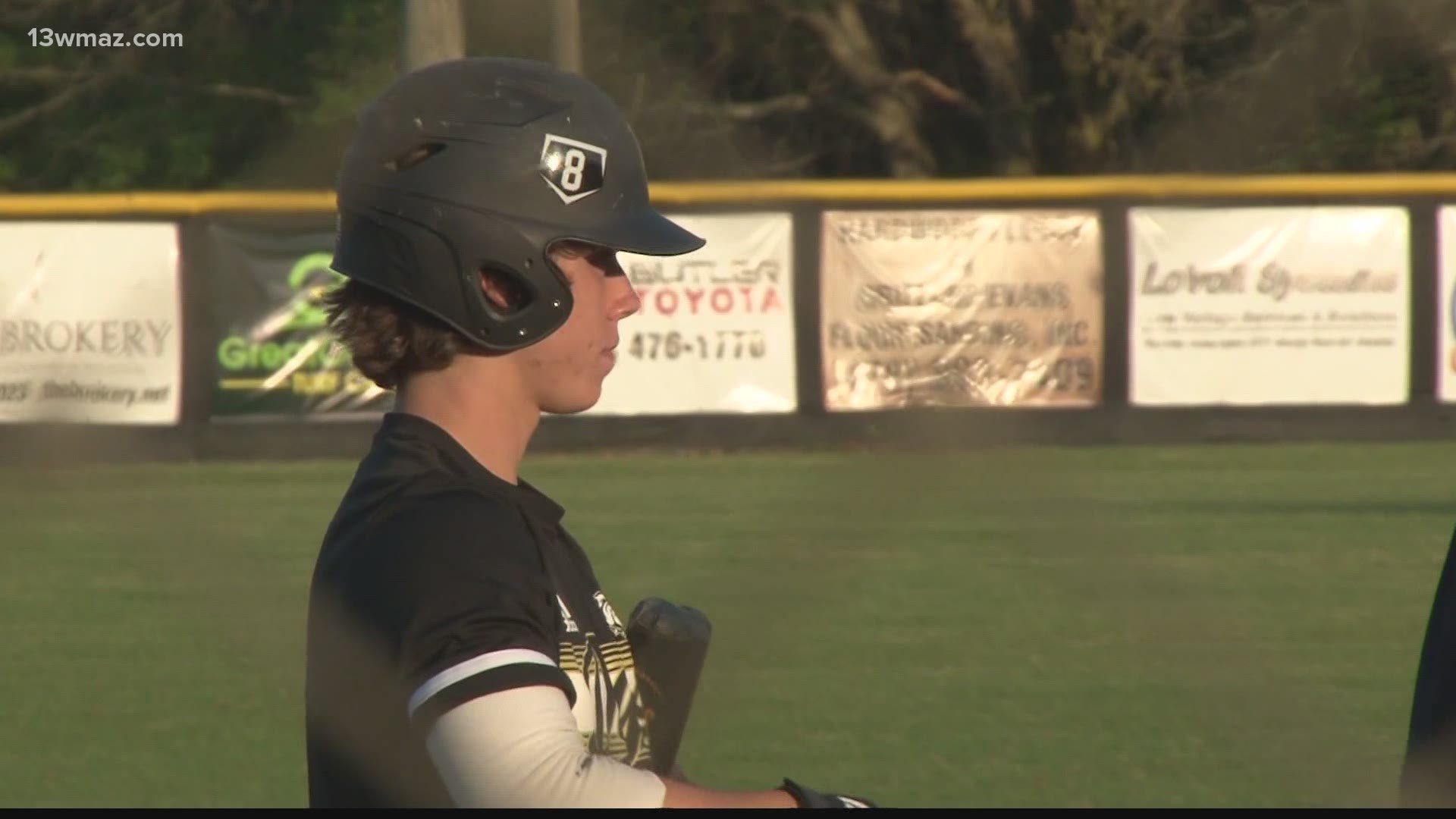 It's been a big year for Mary Persons baseball, they have 24 wins and are two shy of a region championship. A big reason why is the production they've been getting from junior Eric Snow, who broke a national record.

The sound of bat on ball has been a common one in Eric Snow's stellar year. The Mary Persons junior is now the new national record holder for triples in a season.

"The Georgia one, I was just like, 'Oh, it's just a Georgia record,' but then as I got closer to the national one, my eyes got big and I was like, 'Wow, what would it feel like if I actually broke it?' and sooner or later, I did," Snow said.

The previous Georgia mark was 11. The national mark was 17, according to the National Federation for State High School Associations. Last Wednesday night, the record fell on a high fly ball to left.

"It feels great, but now that it's over. I guess I can focus on bigger things and keep money on the prize and a state championship," Snow said.

Now you may think it just takes a big bat to hit that many triples, but Mary Persons will tell you, it's skill and aggressive strategy. Coach Clae Mathis is not shy about giving his baserunners the green light.

"I'm sure I have a lot of people scratching their heads on some of the things. Sometimes we've gotten thrown out. More than 3 quarters of the time I'd say we're safe because you're forcing guys to make perfect throws," Mathis said.

"I guess hitting the gaps or mostly right field corner, because, I don't know, it's the furthest away from that base, I guess you'd say," Snow said about his strategy at the plate.

The record chase was great, but the best part about it is that the chase hasn't come at the expense of team success. The team's 24 wins is also a school regular season record.

"Obviously, the team award, being an unselfish player, the team award is probably more important. So hopefully we can win these two next games and secure that region championship that we've all been waiting for," Snow said.

If the Bulldogs win their next two games over region foe Pike County on Tuesday and Thursday, they are the AAA Region Two champs.