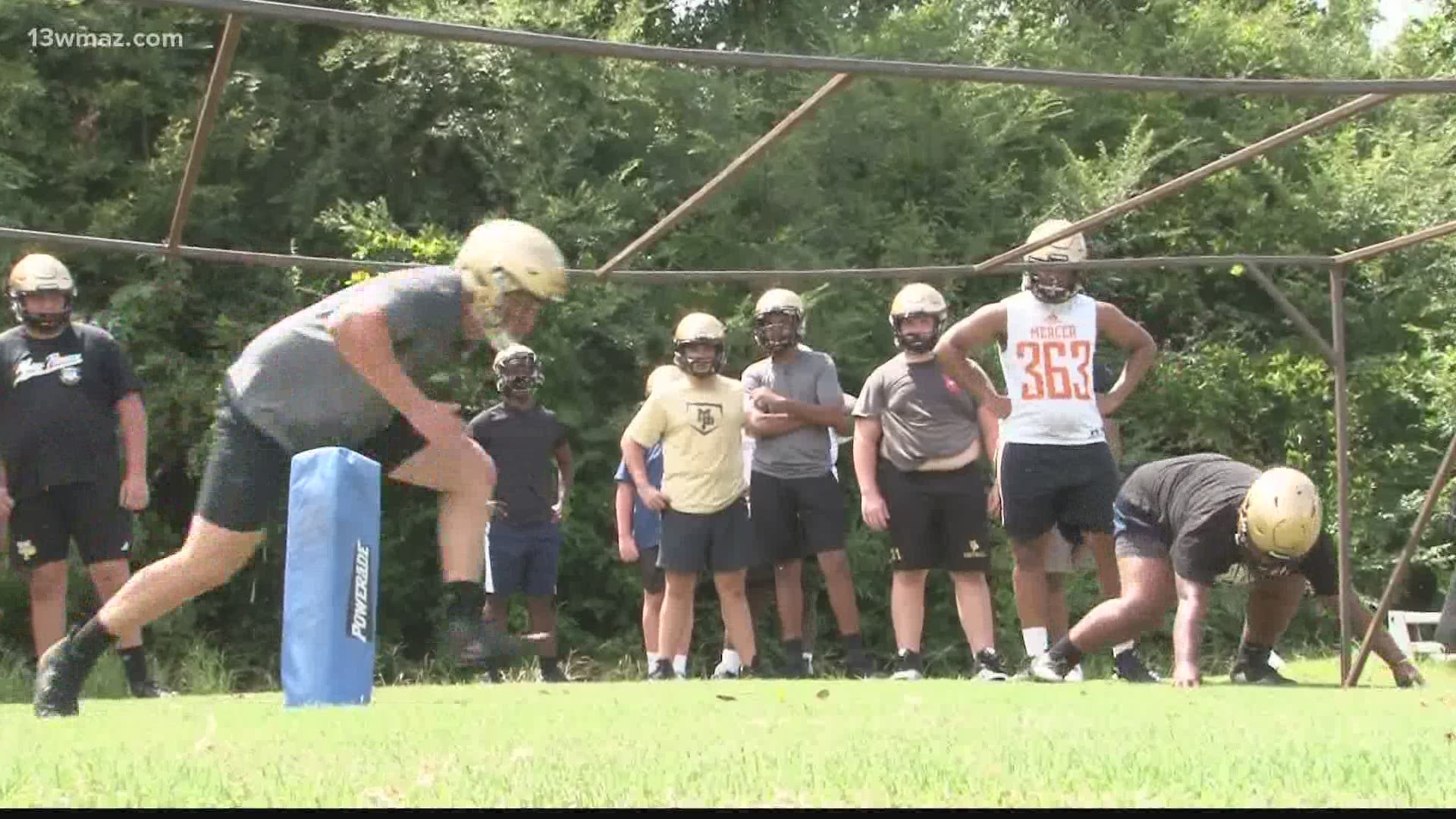 FORSYTH, Ga. — High school football season is set to begin a month from Friday. The Mary Persons Bulldogs are busy preparing and want a return to form of MP football.

Despite the down year, MP still made it to the playoffs and went two rounds deep.

Head Coach Brian Nelson said last year was a rebuilding year for Mary Persons and that 2020 could be a similar situation.

The Bulldogs will sport a roster with 11 seniors and much like last year, many first time starters, but Nelson said the juniors of this year's team come with a lot of game experience under their belt and will be called upon a lot to contribute.

Members of the senior class say because they're small, they're leadership speaks that much louder.

"That '18 group a lot of them had been starting for a really, really long time so we had a lot of first time starters last year. We'll have more of the same this year and I guess that's what I mean by transition - Kids coming in and having to play their first year of varsity football," Nelson said.

"Having that close-knit type of leadership really helps the team out I feel like. Being able to talk to the younger kids and try to help the team out, it really makes the team different," said senior linebacker Andrew Lackley.

Mary Persons' first opponent of 2020 will be the Westside Seminoles. Week one is September 4th.