A video captured by Frank Malloy created quite the buzz on social media over the weekend. 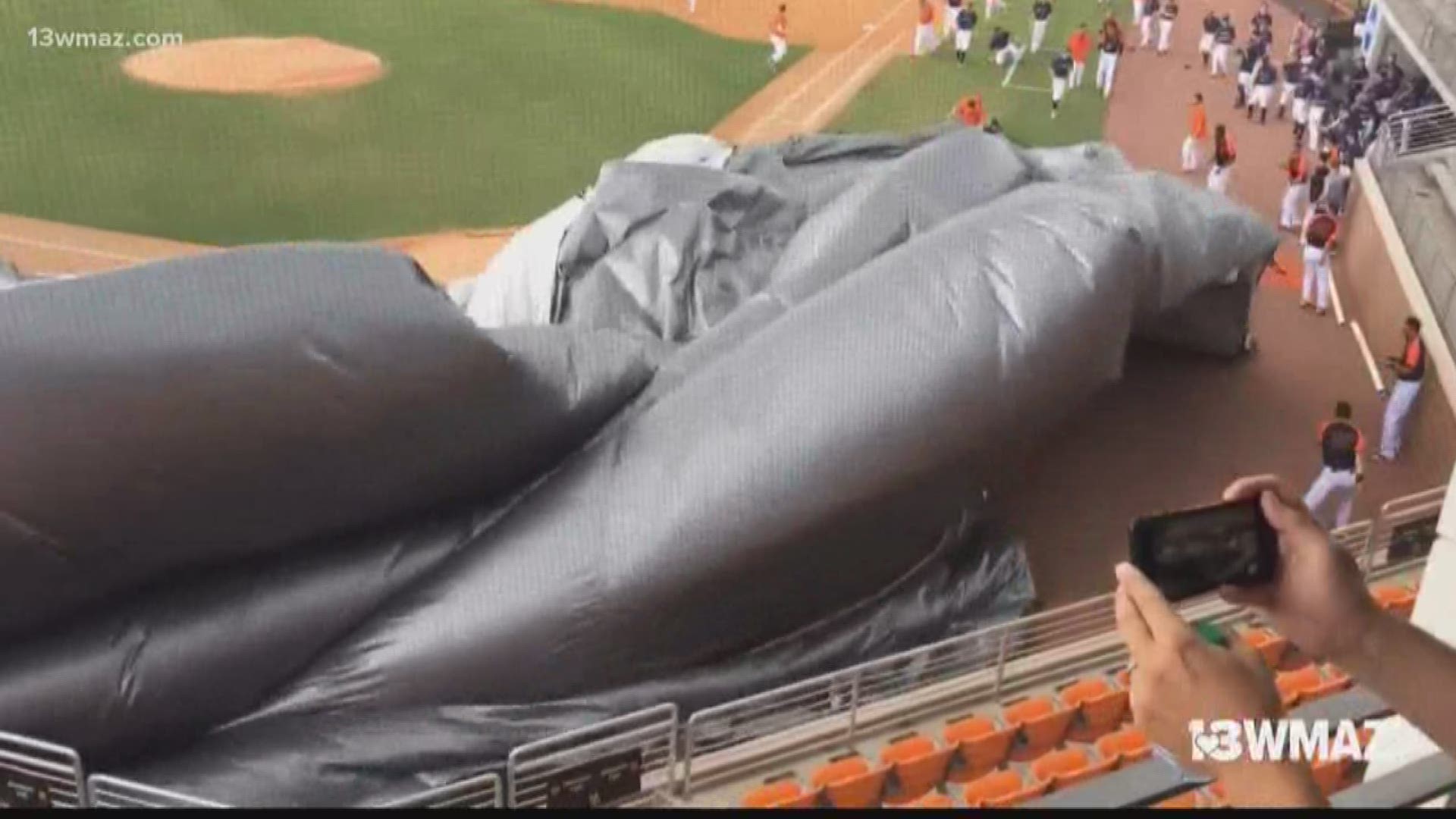 MACON, Ga. — The Mercer University baseball team generated quite the buzz on social media after a video of them having trouble with a tarp went viral on Twitter.

The video was captured by 13WMAZ anchor Frank Malloy on Twitter Saturday and garnered over 1,800 retweets and 6,000 likes by Monday afternoon.

"I've seen like the first 15 seconds, I didn't see all of it. I'm like, 'Wow that's crazy,'" Carlton Peete said. "I've seen tarp videos. I'm a baseball player myself back in the day, but yeah, that's funny."

RELATED: Here's the 'Good News' that happened in Central Georgia: April 28 - May 4

In the video, the team tries to get a tarp placed over the ball field before a storm sets in. Heavy gusts of wind catch the tarp and send it billowing towards the stands. One player can be seen high-stepping on the tarp to get it to lay down, and another player can be seen being dragged a short ways by it.

Mercer sophomores Breanna Denton and Desiree Jones said they knew something was going to go wrong when they saw the video Monday.

"I kinda figured it was going to go downhill when that guy was high-kneeing across the tarp," Jones said.

"Yeah, I was like, 'Something's going to happen,' and the wind picked up," Denton said.

Peete said during his playing days, rain delays would have his own teams scrambling to get the tarp down. According to him, putting the tarp down during severe weather is easier said than done.

"Man, get it down as fast as you can and get out the way. That's pretty much what it is, and then rolling up is probably the hardest part," Peete said.

Social media pages like Bleacher Report and Barstool Sports poked some fun at the Bears on their own Twitter pages, and even the Macon Bacon responded with their own tarp trauma.

The video made its way onto ESPN's SportsCenter on Sunday.

The team took their 15 seconds of fame gracefully and later posted another tweet of them successfully laying the tarp down the next day. Jones said she's glad her team doesn't take themselves too seriously and can laugh at a good joke.

"Instead of being uptight about it, they were like, 'Oh, it's funny, we can make it more funny and redeem ourselves at the same time,'" Jones said.

The Bears did redeem themselves on the field by winning their first game against Samford on a walk-off RBI single by Collin Price. The team split the doubleheader against the Bulldogs by taking the first game, 1-0, before losing their second, 7-2. Their next matchup is against Kennesaw State University on Wednesday in Atlanta.