Kamar Robertson and his girlfriend Emma Drash have over 500,000 followers on their joint TikTok account. 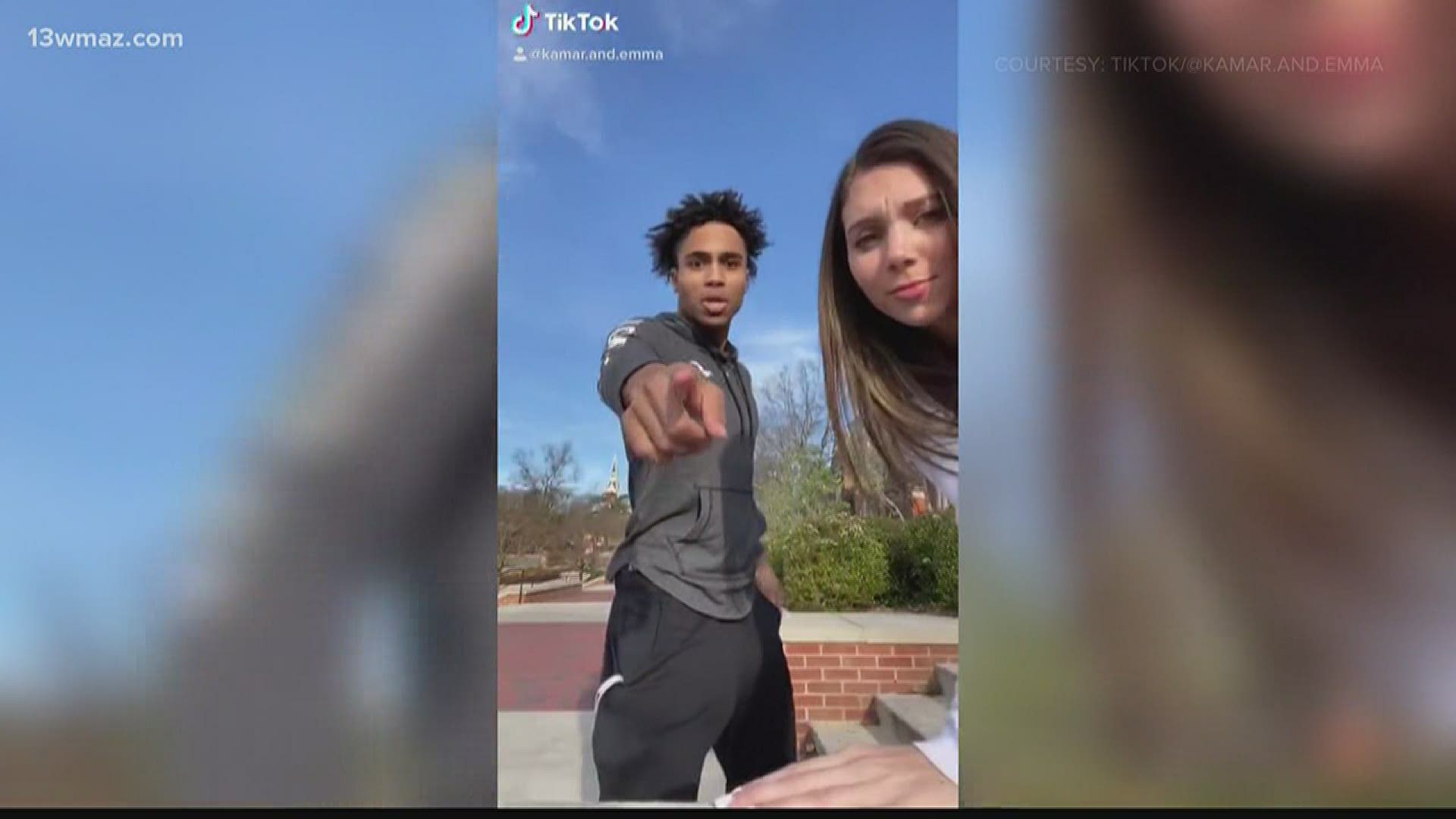 MACON, Ga. — Thanks to social media, we have now have unlimited access to the day to day lives of athletes. On Instagram, Lebron James is know for his Taco Tuesdays. On Twitter Joel Embiid is known for his witty remarks and jokes. The popular social media app TikTok belongs to Mercer basketball sophomore Kamar Robertson, who has a huge following.

Most people in Macon probably know Robertson for his jumpshot and acrobatic layups, not his dance moves.

"At first, it was just me -- me and my friends, we'd just post random things but then I brought my girlfriend into it and once me and my girlfriend started making videos, it started to blow up," Robertson said.

The sophomore point guard and his girlfriend Emma Drash run a couple's TikTok page with over 500,000 followers.

"I was going to do it for a second and then be like 'OK, I'm just not going to do anything,' just delete the app or just watch other people do TikToks. I never thought I would have the following I do now," Robertson said.

Most of the videos are just funny and quirky things the couple do together, but Robertson also makes a point of showing off his lady. He often tells her she's beautiful and makes her feel special in the videos that collectively have over 16.7 million views.

Robertson admits he takes some grief from his teammates, but he said his account serves a bigger purpose.

"If I'm helping people, then it doesn't really matter," he said. "because people have hit me up from TikTok and said 'You have restored my faith in trying to find the right person or when I'm down I look at you guys as someone to look up to' and it brightens their day."

Robertson said the account also shows that he's more than just an athlete. He's a human being just like the people who come to Mercer basketball games.

"We have lives. We have other things that we care about in life. I mean basketball is a main part of everything, but it shows people that we are human and we do have feelings," he said.

Robertson said the TikTok videos are done mostly in his free time and are a good release from other things going on in his life. Mostly he just wants to use the platform to inspire others.

RELATED: Westfield School softball back on the diamond