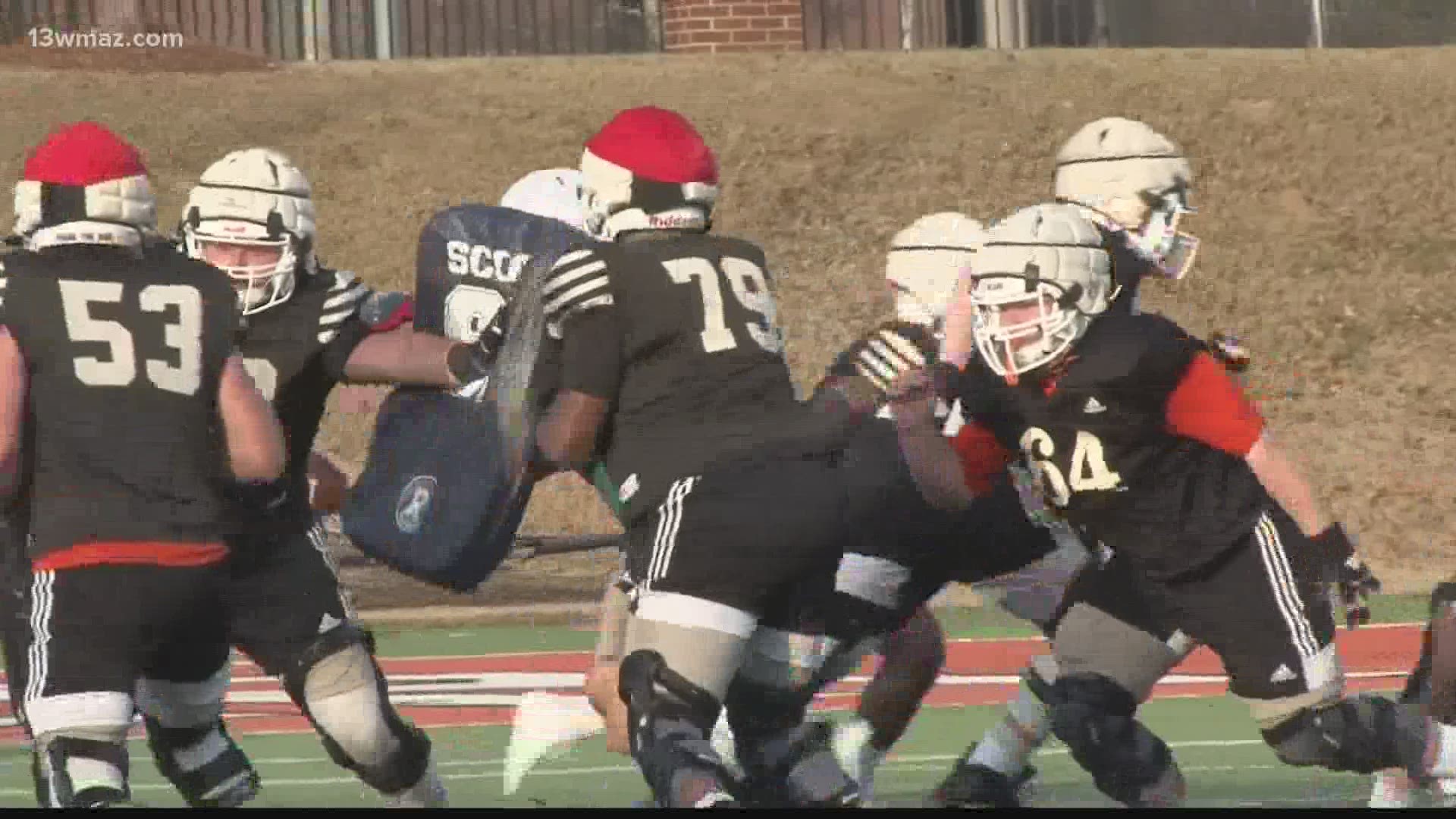 MACON, Ga. — Mercer football will be back on the field on Saturday as the Bears begin their spring Southern Conference schedule against Wofford.

The pop of pads and shrill of whistles is back on Mercer's campus as the Bears prepare to take on someone other than themselves for the first time since the end of October.

"Seeing the other conferences carry on, it was different. We wanted to be out there. We wanted to play in the fall, bu the conference voted it was best not to," Starks said.

Now the gridiron Bears are back to play a full eight-game Southern Conference spring schedule. It'll be the first full season under Cronic, who's been busy instilling his culture into the program.

"Everyone has pretty much bought in and so we're just looking forward to building on their culture and the traditions that they've put in place," Campbell said.

Mercer lost all three of their fall contests, but ask around the program and players will tell you there's plenty to build on.

Cronic is hoping that confidence, translates to wins.

"Our particular group of kids should be better because they played in the fall. Does that equal wins, hey we'll find out, but we should have a better football team because we played in the fall I think," Cronic said.

Mercer's first game of the season will be a road contest against Wofford. They will be in Five Star Stadium for the first time on February 27th against The Citadel.