Southern Conference fall competition will be moved to the spring 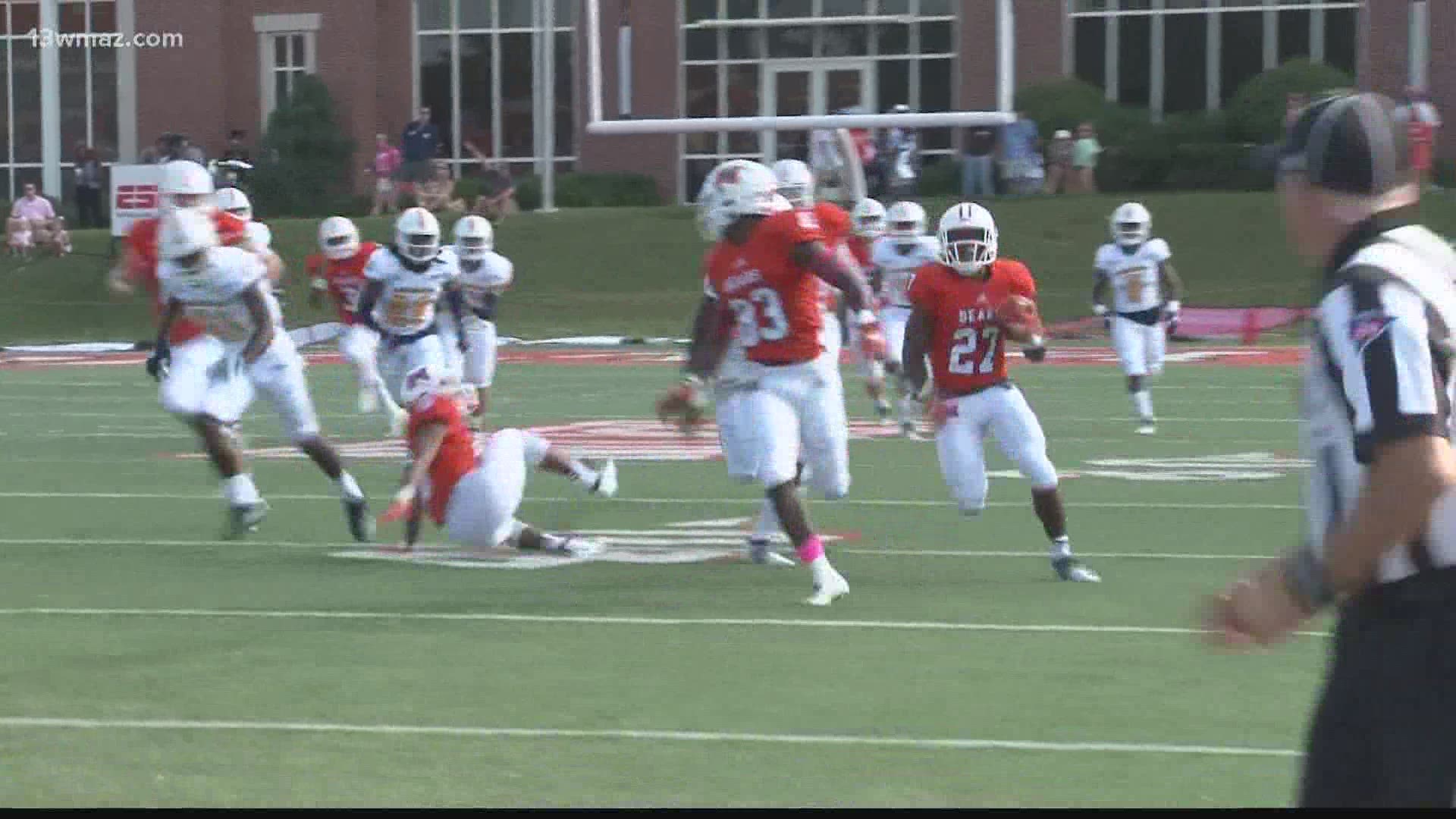 MACON, Ga. — On Thursday, the Southern Conference decided not to participate in fall conference competition, meaning Mercer athletes will not get to compete for fall championships.

Mercer Athletic Director, Jim Cole, did not agree with the decision, but is still exhausting every resource to make sure they can have competition in 2020.

"I don't hide from any votes. I was chair of the athletic director's committee and I was not in support of moving to the spring," Cole said.

Despite protests from Cole, the Southern Conference will play no fall conference championships for football, soccer, cross country or volleyball will be moved to spring. In Cole's opinion, it's not about money, but honoring the University's commitment to athletes.

"At my level, I probably save money by not playing. That's not why we're doing it. I'm listening to these student athletes. I'm talking to them and it's hard when just about everyone of them says, 'Mr. Cole I want to play,'" Cole said.

Conference competition for now will be in 2021, but the challenge for Cole is to find non-conference fall opponents. The SoCon will allow up to four.

Mercer does have options when it comes to potential non-conference competition. They could play teams in conferences like the Big South or Sun Belt without much issue. The problem, Cole said, is even if these schools are available now, they might not be a few months from now.

"Within a regional aspect, it's really going to be Conference USA, maybe Big South, OVC (Ohio Valley Conference) possibly and then power schools of the ACC and SEC," Economopoulos said of his options. "That's going to be the hard thing, finding schools that are close enough that we can do day trips for the most part, protect our girl's health and go play safe competitions."

Another difficult challenge is keeping his athletes eyes on the prize when the goalposts keep shifting. The start date they're working towards keeps changing.

"Now it's really going to be more of a challenge for me and my staff to keep them motivated. As the unknown is are we going to play this fall at all and if we do how many games and what's the spring look like," Economopoulos said.

Cole is still exploring every option, because he doesn't want to see anyone lose hope.

What I don't want to happen is these kids say I'm just done and they don't get their education and they don't stay in school. That's why I'm fighting so hard because for some of our student athletes this is the best thing they have going," Cole said.

Cole is still not sure what non-conference competition looks like in the fall. The number of games played, if any, will largely depend on what the Southern Conference decides to do in the spring.