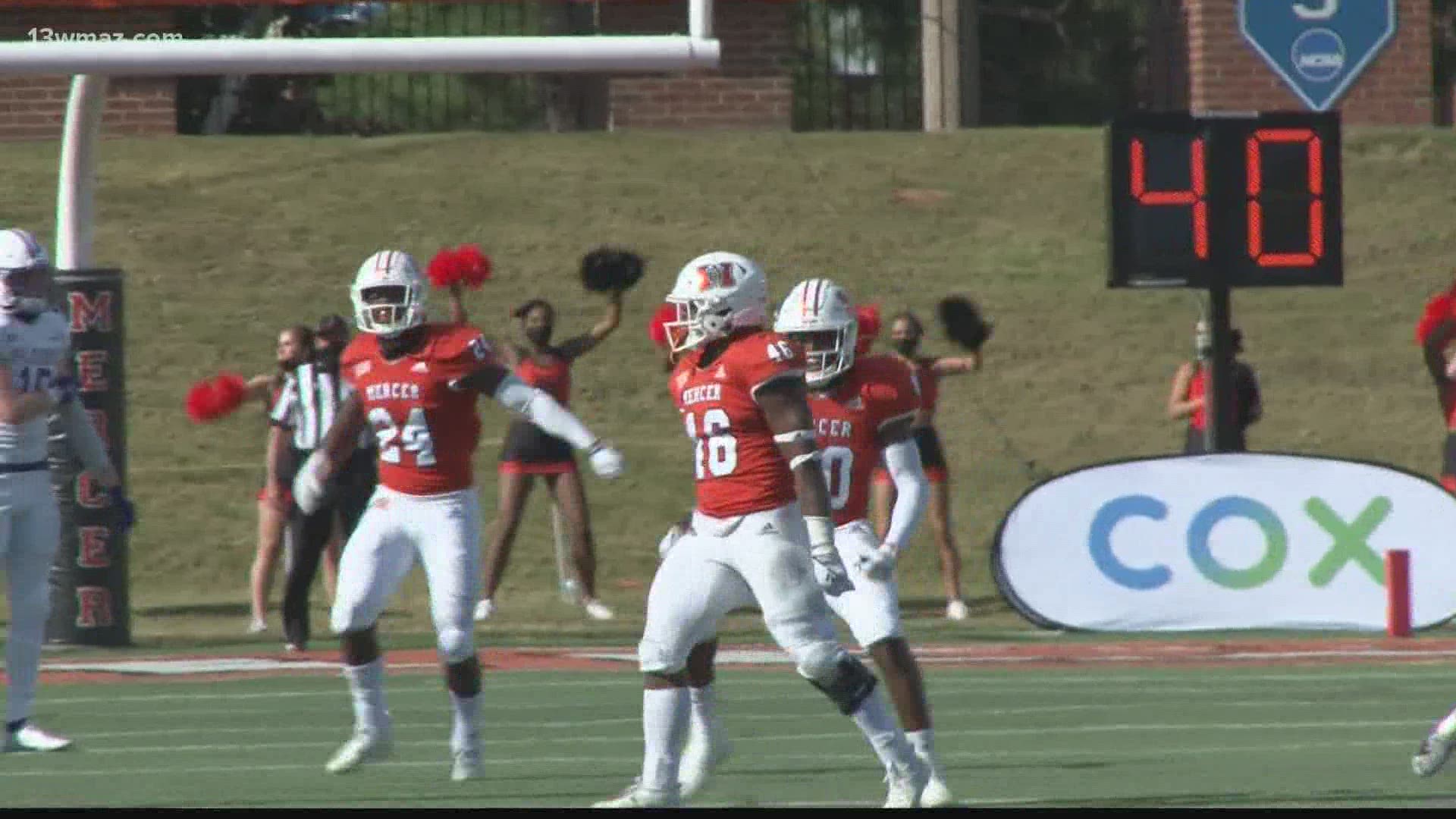 MACON, Ga. — The spring football season is over and Mercer is seeing the fruits of their labor after a strong conference season. The Bears landed 11 players on All-SoCon lists, including three first team selections and the media's Freshman of the Year award going to quarterback Carter Peavy.

Sophomore safety Lance Wise picked up 86 tackles, including 43 solo take downs. He also led the league in pass breakups with nine and added one interception. Wise was named first team by the league's coaches and the media.

Sophomore defensive lineman Solomon Zubairu lead the SoCon with 10.5 tackles for loss this year. That's the second most ever in a season at Mercer. He was also third in the conference in sacks. Zubairu was a first team media and second team conference selection.

Freshman linebacker Isaac Dowling led the Bears with 91 tackles, sixth in the SoCon. He was also 2nd in the conference in sacks with 6.5. Dowling was a first team media selection and second team coaches pick. He was also named to the conferences all-freshman team.

Offensively, quarterback Carter Peavy was named SoCon Freshman of the Year by the media and to the All-Freshman team by the coaches. He finished second in the conference in pass yards with over 1300. He was third in the conference in completion percentage (54.3%), passing efficiency (133.0) and touchdowns (8).