The Bears face Point on Thursday at 7 p.m. 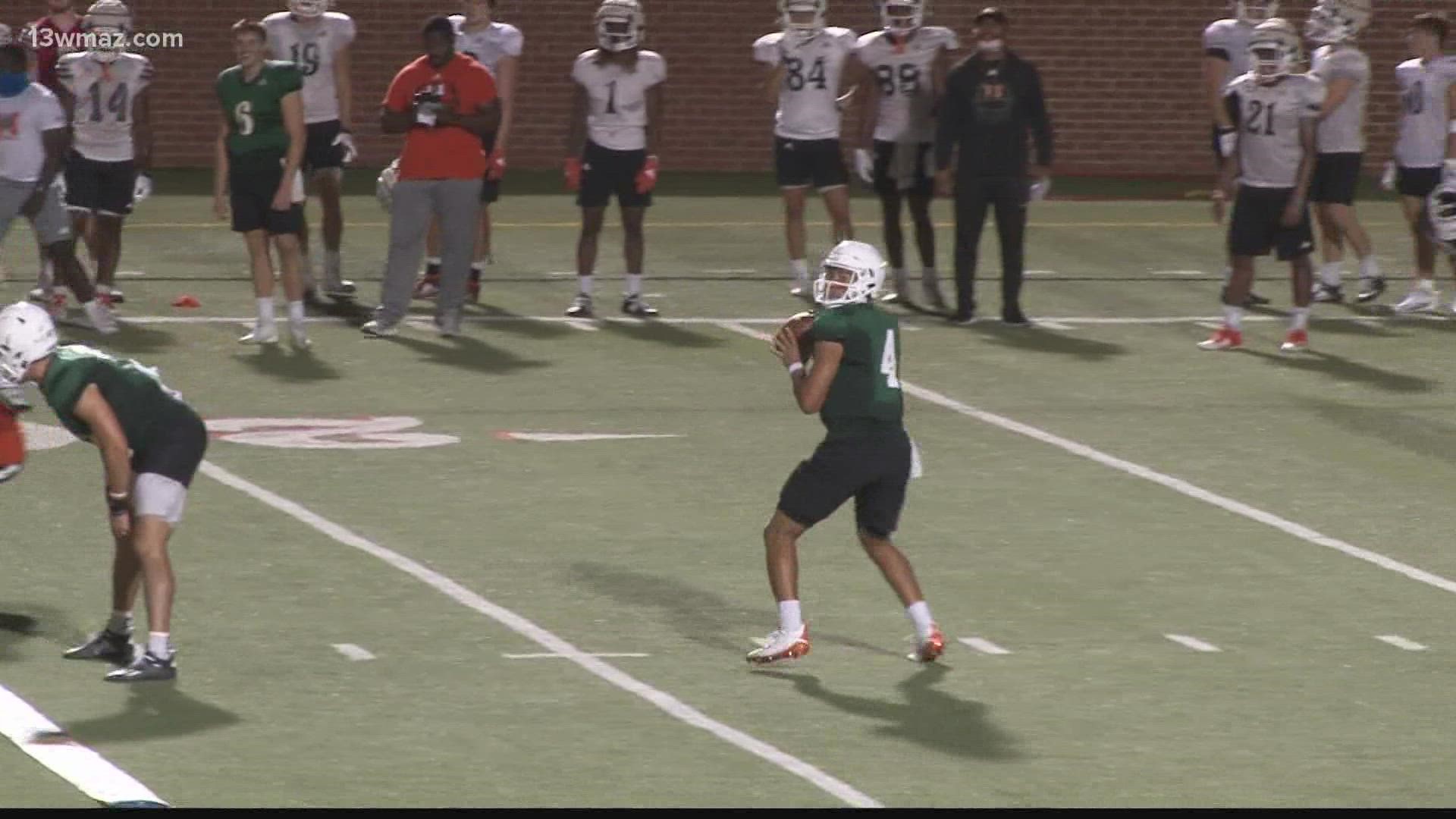 MACON, Ga. — College football has made its return across the country, and soon, it will be back in Central Georgia, beginning with Mercer's season opener on Thursday against Point University at 7 p.m.

Coach Drew Cronic's team continued to prepare on Monday night under the lights at Five Star Stadium. Thursday's opener will mark the beginning of Cronic's first "normal" fall season in Macon; last year, the Southern Conference played much of its season in the spring due to COVID-19.

"I really like the kids we have in the program, and they have responded," Cronic said. "They've worked their tail off, so now, we've got to go play good. That's the bottom line, you've got to go execute and perform and produce, but I think we got a bunch of kids that are ready to do that"

Before practice on Monday, the first Drew Cronic Coach's Show made its return to the Wild Wing Cafe in Macon. Coach, as well as Athletic Director Jim Cole and defensive stars Landon Miller and Lance Wise, previewed Thursday's opener, expectations for the year, as well as the five different Bears receiving All-SoCon Preseason Honors.

On the field, a lot of the work has already been taken care of. Now, it's just about finishing off the job.

"It's unbelievable," sophomore safety Lance Wise said. "I mean, we're ready to go, ready to hit somebody else that's not Mercer football players. We're just so excited for it."