It will be the second of three games the Bears play this fall. 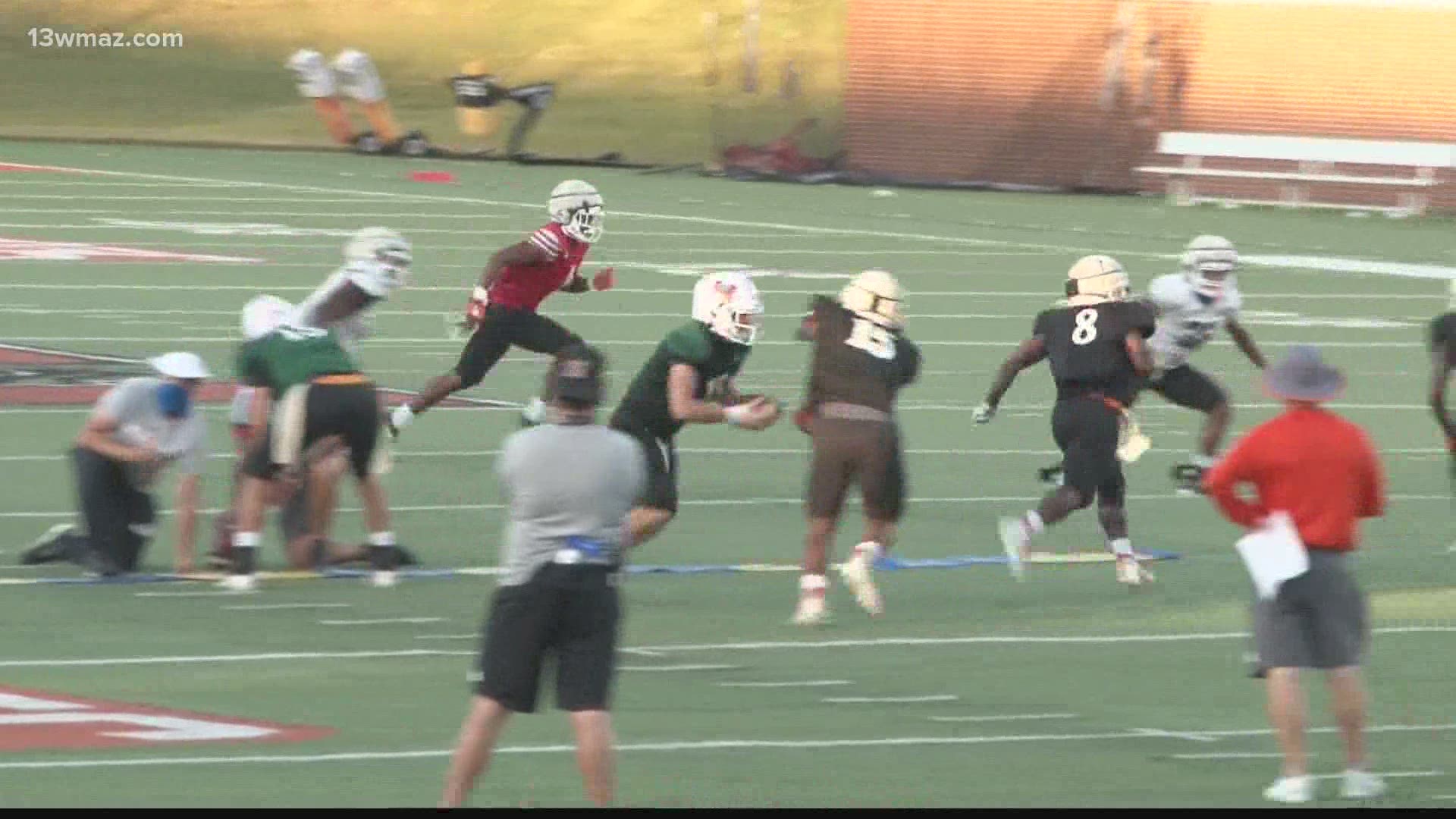 MACON, Ga. — Mercer football fans will have a game to look forward to this weekend. Mercer will pack up the travel bags and fly out to West Point, New York for a date with Army on Saturday.

This is one of Mercer's three games played this fall. On October 10, they fell to Jacksonville State 34-28, but were glad just to be on the field.

This week the Bears prepare for the infamous Army triple-option offense. Head Coach Drew Cronic said the extra week to prepare is a bonus for his team and they'll have a great stage to show what his team is capable of.

Quarterback Harrison Frost got his feet wet as the Bears starting signal caller. He threw 12-for-28 passing for 134 yards and two touchdowns with one interception. He's confident the first game was good preparation for Army.

"We have to play our best game and I really think we can do that. Having the week off, having an extra week to prepare for the triple option, from game one to game two we can definitely improve a lot," Frost said.

The game will air on CBS, giving Cronic a chance to show what his team can do early in his tenure as Mercer head coach.

"You want people to be able to see you. I'm happy, because a lot of parents and everybody can see their sons play since they can't travel with us. I think that's really important for families to be able to see their sons playing," Cronic said. "It's good, you want to go out there and show that you can compete and you want it to help your recruiting so that's exciting that we're getting to do that and it's exciting for our kids."