Former Mercer basketball player and current assistant coach Sydni Means is the co-chair of the Mercer M.A.D.E. — mobilizing athletics for diversity and equality. 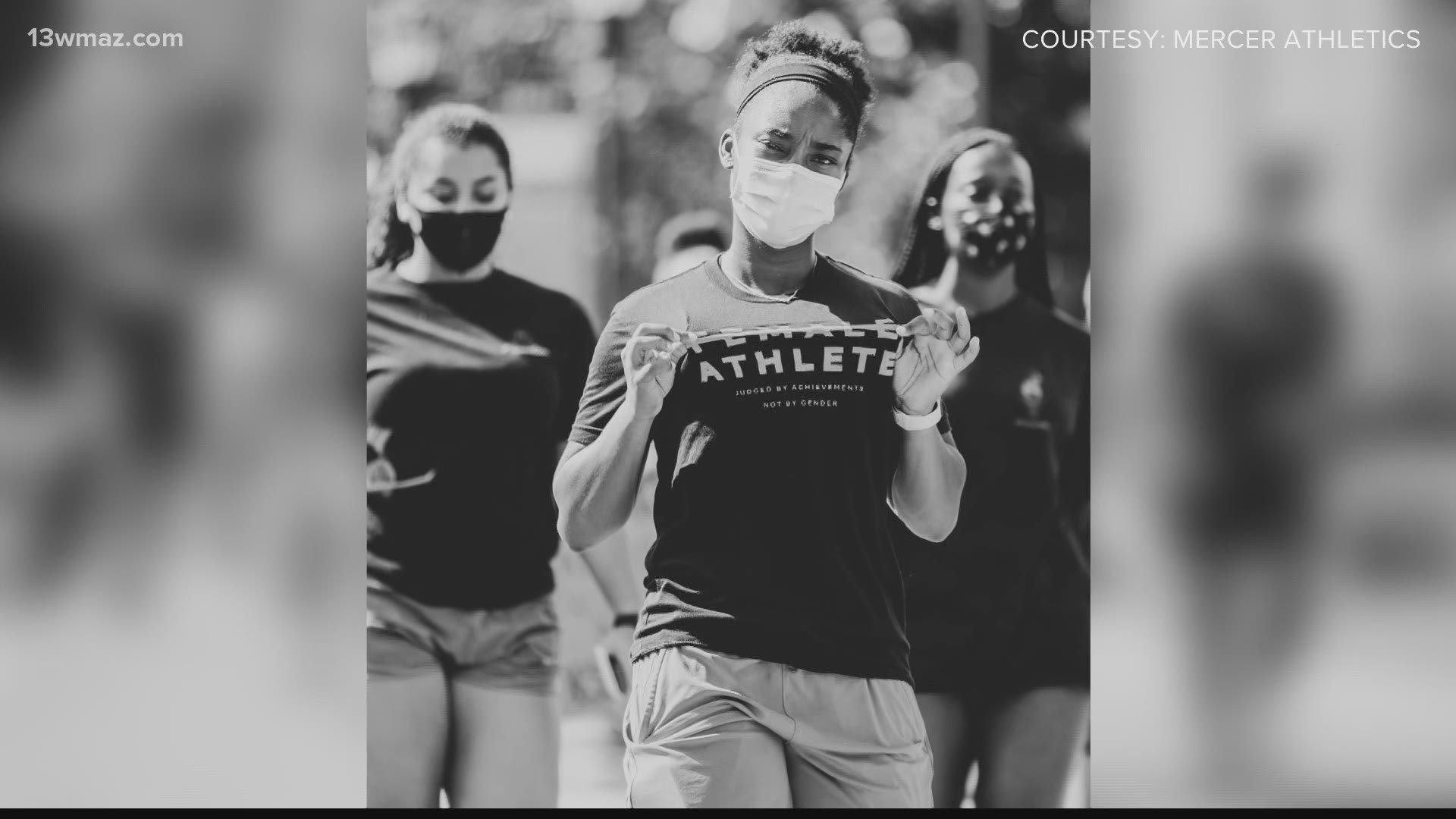 MACON, Ga. — In 2020, Americans have dealt with the COVID-19 pandemic, social injustice and an election year.

It's all plenty to distract college athletes attention away from the field or the floor.

A former Mercer basketball player turned coach is now leading a program called Mercer M.A.D.E. to make sure their athletes voices are at the forefront.

Sydni Means knows a little something about being a champion.

As a Mercer basketball player, she helped lead the way to three regular season titles, a Southern Conference tournament championship, and 99 total wins.

Mercer Head Women's Basketball Coach Susie Gardner hired her as an assistant and in year one, the Bears won the SoCon.

"I got to build so many relationships here as a player for four years and then to have three more years here as a coach and see a different side of the way that [operations] works, the way that coaching is, I’ve experienced a very positive side of Mercer in building and growing relationships. I’m very thankful for that," Means said.

Now, Means is the champion of something else on Mercer's campus, social justice.

She's the co-chair of the Mercer M.A.D.E. program. M.A.D.E. stands for Mobilizing Athletics for Diversity and Equality.

"A lot of our kids have been very frustrated," DeFeo said. "They just don't know how to cope or deal with some of the stuff that's going on."

Mercer M.A.D.E. hopes to give their athletes a space to learn about and discuss the social issues the country faces today.

"It boils down to education, education and action," Lewis said. "That's one thing that we made Mercer M.AD.E. a primary focus on."

The panel hosts discussions in their Let's C.H.A.T. videos found on the Mercer athletics website.

They've organized voter registration for their athletes and an equality and social justice march through Mercer's campus after the deaths of George Floyd and Breonna Taylor.

"That was, for me, the most rewarding thing that we’ve done thus far. It was like the perfect example of how Mercer M.A.D.E. is not trying to take over anything that someone else is doing. We just want to support," Means said.

The panel is passionate because they are all too aware of the systemic racism their student-athletes experience.

"It affects me deeply because I know what they go through on a daily basis," Lewis said. "When I step out of my doorway and go anywhere I feel it."

Means in particular remembers her frustration during her time as a student-athlete from 2014 to 2018.

"Now I'm still frustrated because I'm still seeing the same things I saw seven years ago when I was a player here however, I allow our student athletes to have a voice and that gives me hope," Means said.

She's helping a younger generation find their own strength.

"They're not afraid, they have a voice and they want to use it," Means said.

The eight members of that council started over the summer and will continue to put together action steps to end systemic racism in Macon and around the country.

Means said she's proud of what they've been able to accomplish, but is more excited about where it's going.