The Southern Conference granted Cummings a medical hardship waiver after he missed most of the 2020 basketball season with an injury. 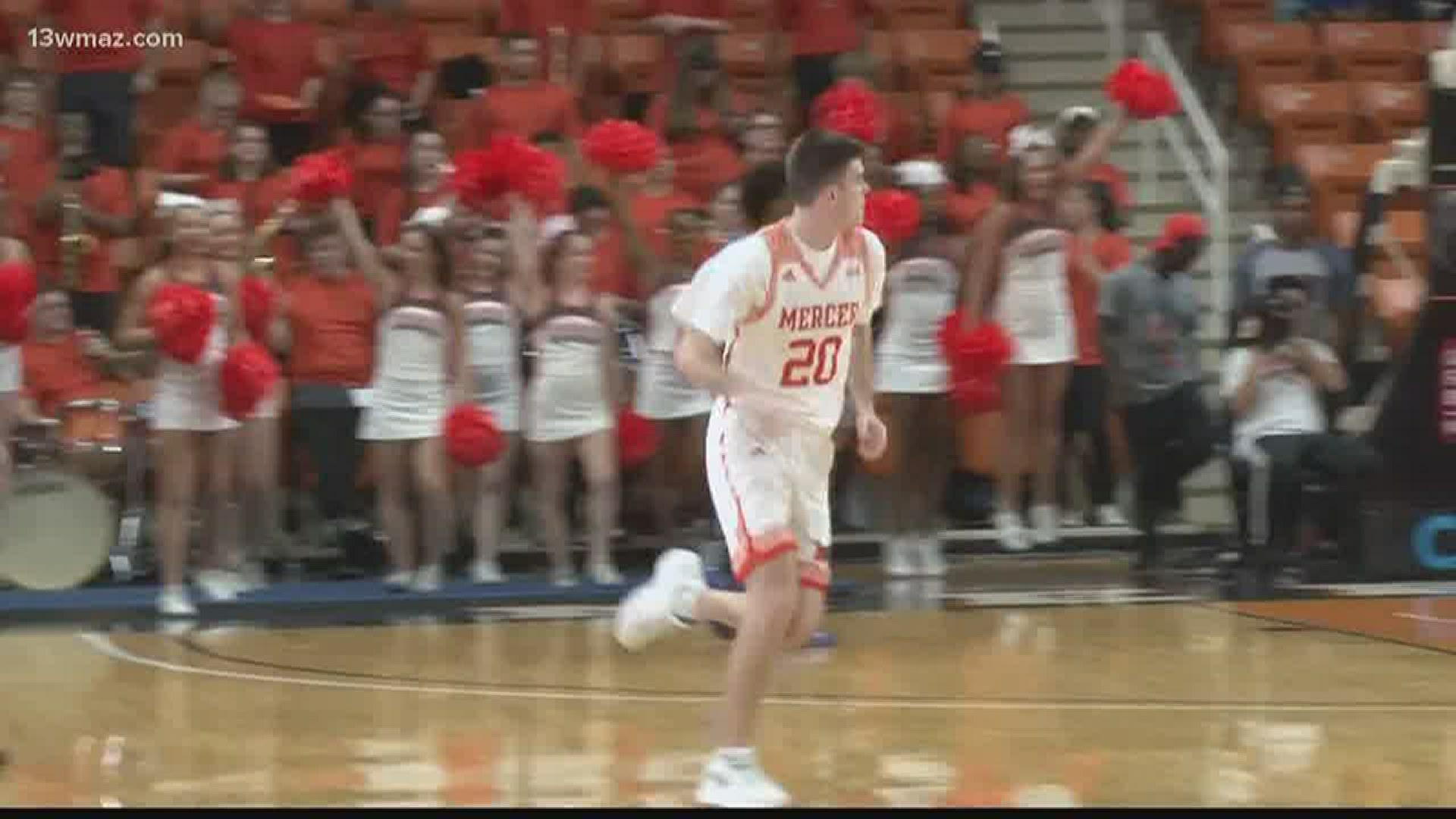 MACON, Ga. — One of the most prolific shooters in Mercer basketball history will get a second shot at his senior season after receiving a medical redshirt. Ross Cummings hurt his foot early last season and will return to wear the orange and black one more time to handle some unfinished business as a Mercer bear.

Coming off a career year where he was named All-Southern Conference second team as a junior, Ross Cummings senior year was over before it ever really began. He sprained his ankle during Mercer's pre-season game.

"I was just coming back from that our first exhibition game and I still it wasn't 100% so I think I came back a little too early and then it was the other foot that was taking all the pressure and stuff from jumping," Cummings said.

The senior, who was the fourth best scorer in the SoCon his junior year, received a diagnosis of sesamoiditis, basically inflammation of the tendons in his left foot. After trying to fight through it for a few games, first year coach Greg Gary and medical staff ultimately decided to shut Cummings down for the year. Cummings said it wasn't easy news to hear.

"The seniors, Ethan [Stair and Djordje [Dimitrijevic],I knew I wouldn't get to play with them after that, but then it was kind of reassuring because I was having to suffer through it," Cummings said.

The player affectionately known as the White Mamba accepted a change in his leadership role and watched Coach Gary lead the team to 17 wins, tied for the most by a first year Mercer coach.

"Just being able to help the younger guys through some of the adversity that every freshman goes through and sophomore, it was nice to be kind of an older brother to the guys," Cummings said.

Cummings was on crutches before moving to a boot and says he's now up to jogging at home in Tennessee. Back in March the Southern Conference granted him a medical hardship waiver to return for the 2021 season. There's a few things he's eyeing before he leaves.

"Obviously I want our team to finally make it to the NCAA tournament before I have to leave and win the SoCon tournament for the first time, but I am kind of eyeing down the three-point record for sure," Cummings said.

Cummings has a career 173 three-pointers made, just 84 away from the all-time mark set by Mercer great Langston Hall. He made 101 as a junior so it's not a goal that's out of reach.