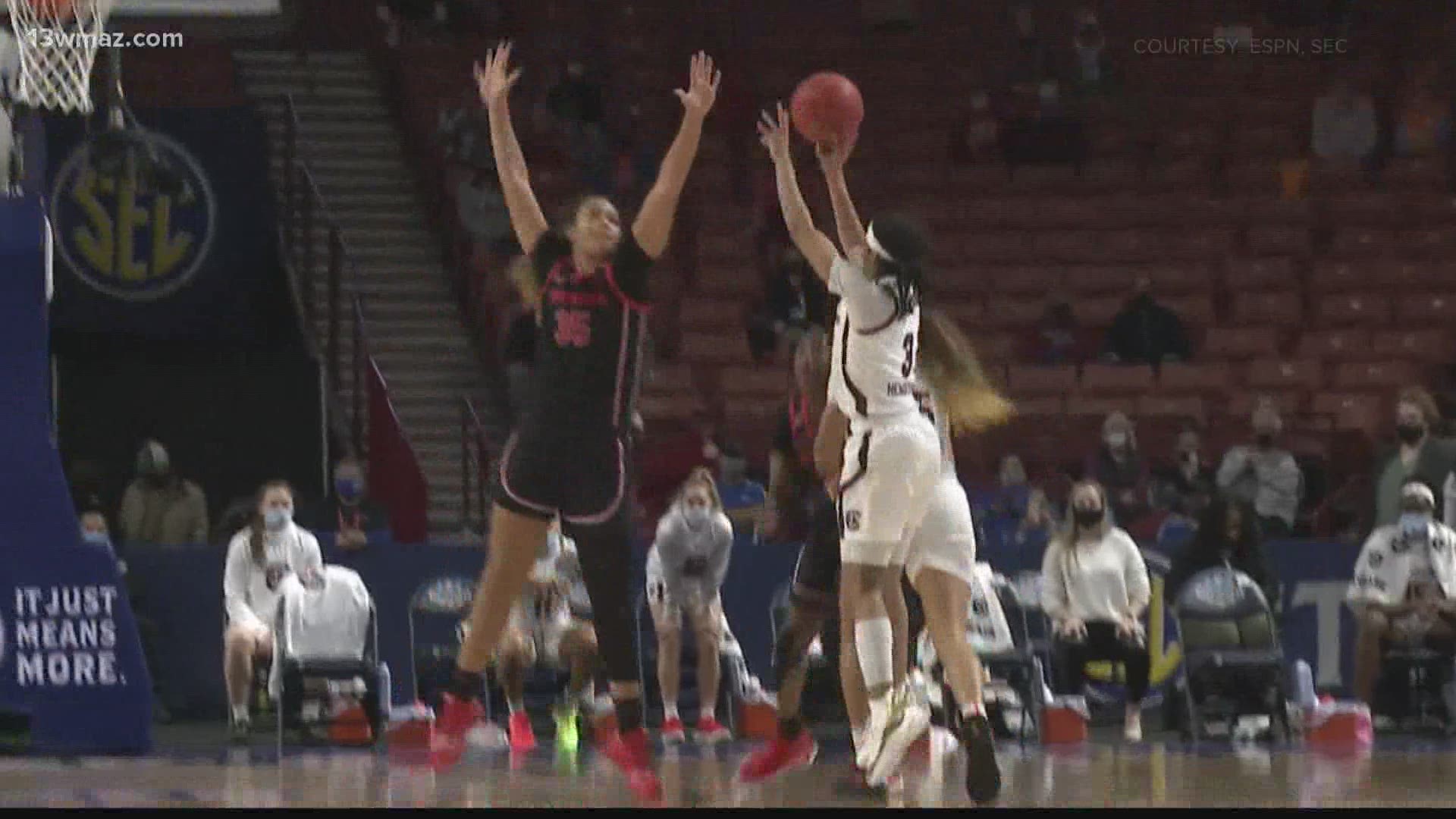 MACON, Ga. — The Mercer Women's basketball team will face a number one seed in the NCAA Women's Tournament on March 21. The Bears drew the 16-seed in the Hemisfair region of the tournament and will face head coach Dawn Staley and the University of South Carolina Gamecocks.

"We knew we were going to play somebody great, didn't matter which seed a lot of 1-2-3 seeds. This is a year that is kind of wide open for a national champion. So we knew that no matter who we drew that it was going to be a great team,"said head coach Susie Gardner. "We're not fearful, we're excited about the challenge. We understand the challenge. We're respectful of the challenge, but we're one of 64 teams."

Mercer won the Southern Conference tournament championship for the third time in four years with a 60-38 win over Wofford. It earned them the automatic qualifier to advance to the big dance. South Carolina is the champion of the Southeastern Conference for the sixth time in seven years.

The entirety of the NCAA Women's Tournament will be played in San Antonio, Texas. Mercer and South Carolina will play March 21, 6 p.m. on ESPN.