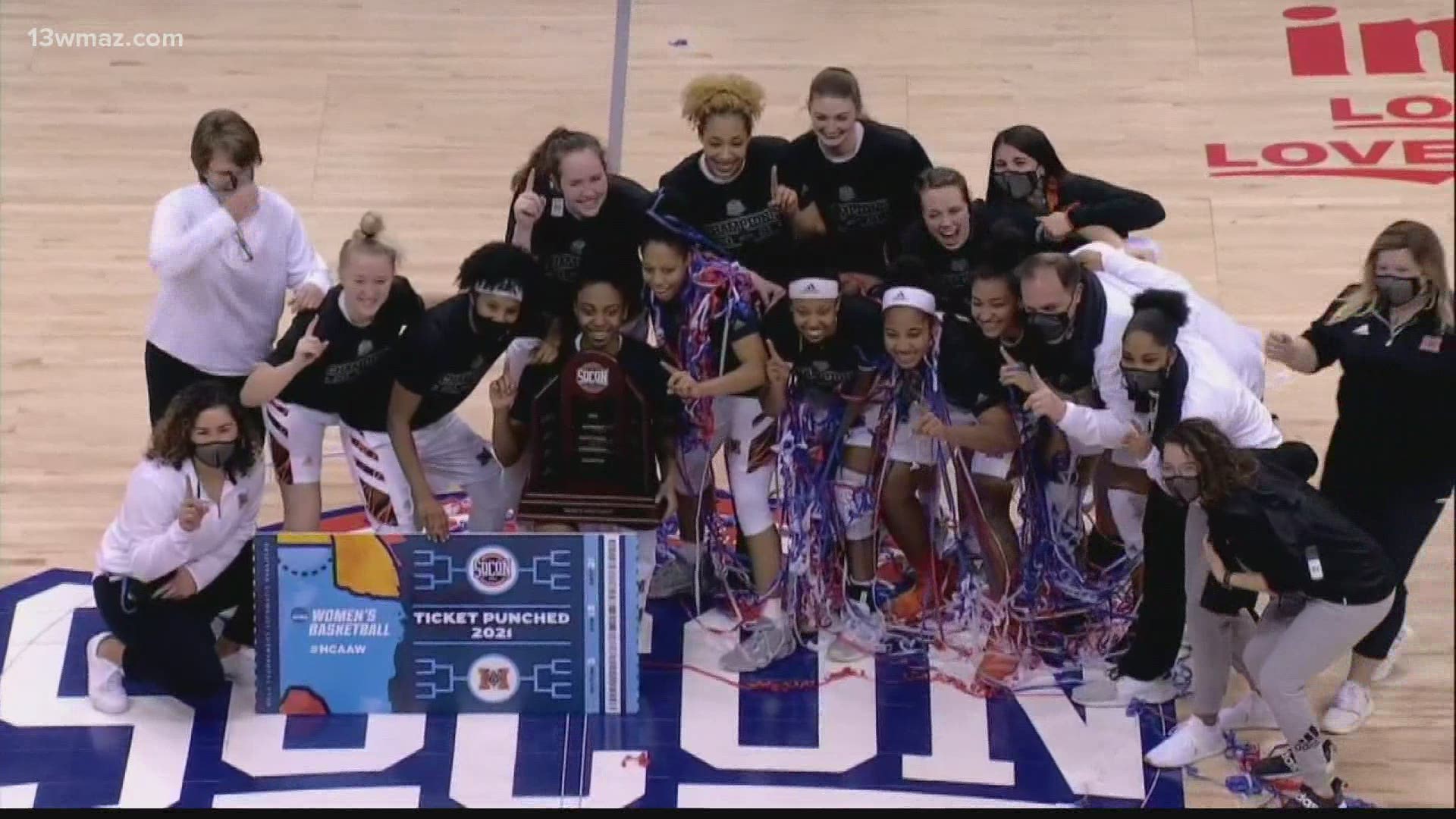 ASHEVILLE, N.C. — The Mercer Women's basketball team returned to the top of the Southern Conference and the men's team advanced to the conference championship game after wins, Sunday.

The Bears never trailed in the game and the defense was the major difference. Mercer held Wofford to just six points in each of the second and third quarters that included a 28-0 run.

It was the fifth championship game appearance in six years for the Bears, a feat head coach Susie Gardner did not take lightly.

Neal-Tysor was also named the Most Outstanding Player after averaging 25 points over three tournament games.

"I'm at a loss for words, honestly. This preseason with Covid going on, everything being tough with Covid testing and we weren't even allowed in our weight room at one point. We were doing workouts on the football field in the hot sun. Just seeing how much we've prepared for this moment right here is just a loss for words. We earned it. We absolutely earned it," Neal-Tysor said.

Mercer earned the conference's automatic bid for the NCAA Women's tournament to be played in San Antonio, Texas.

Mercer's men defeated VMI 73-59 on Sunday night to advance to their first ever Southern Conference championship game. The Bears are the 7th seed in the tournament.

Mercer will face the tournament's number one seed, UNCG, on Monday night at 7 p.m. The winner earns the conference's automatic bid to the NCAA tournament to be played in Indianapolis, Indiana.