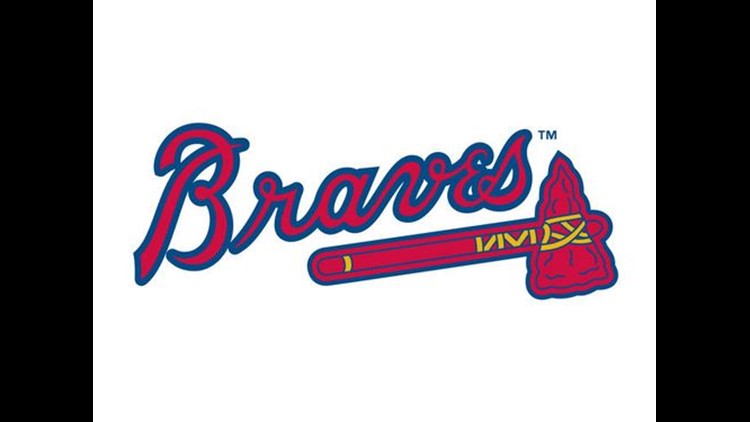 ATLANTA (AP)- Acuña was pulled before the fifth inning after failing to run out a drive off the right field wall in the third. The ball bounced off the wall for a long single. The 21-year-old Acuña likely would have had an easy double if he had hustled from home plate.

Manager Brian Snitker followed Acuña into the tunnel for an apparent conversation during the fourth inning before Adam Duvall entered the game in left field in the fifth, with Ortega moving from left to center field.

The move by Snitker came in a high-spotlight game - a 2018 playoff rematch and the decisive game of a three-game series between the teams with the National League's best records.

Ortega, recalled from the minors on Tuesday, made the most of only his second start with the Braves with his first career grand slam off Dustin May.

May (1-2) couldn't hold a 3-1 lead. May walked Brian McCann, gave up a single to Matt Joyce and hit Adeiny Hechavarría with a pitch to load the bases before giving up Ortega's homer into the Braves' bullpen.

Acuña briefly had Bellinger's ball in his glove as he reached over the center field wall. The homer, which followed singles by Justin Turner and Will Smith, fell over the wall when Acuña's wrist hit the top of the wall. Acuña's disappointment showed when he tossed his glove to the warning track while Bellinger ran around the bases.

Fried doubled off the right-field wall to lead off the third. Acuña followed with a similar drive, but instead of hustling he admired the high flyball and then had to settle for a long single when it also bounced off the wall. Acuña was thrown out by rookie catcher Will Smith when trying to steal second, leaving Acuña still one steal away from a 30-30 season.

Braves shortstop Dansby Swanson, who has missed 24 games with a right foot contusion, fielded groundballs for the second straight day before running and participating in agility drills.

Jedd Gyorko (lower back strain) was activated from the 60-day injured list to start at first base in his Dodgers debut. Gyorko was on the IL when he was acquired from St. Louis on July 31. To clear spots for Gonsolin and Gyorko, the Dodgers optioned right-hander Josh Sborz and infielder Edwin Ríos to Oklahoma City.

Dodgers: LHP Clayton Kershaw (12-2, 2.63) will make only his second career start against Toronto when the Dodgers open a three-game home series against the Blue Jays on Tuesday night.

Braves: Following an off day on Monday, LHP Dallas Keuchel (3-5, 4.39) will make his third start of the season against Miami when the Braves open a three-game series against the Marlins on Tuesday night.