Morgan County celebrates soccer player after he finishes 12th, final round of chemo 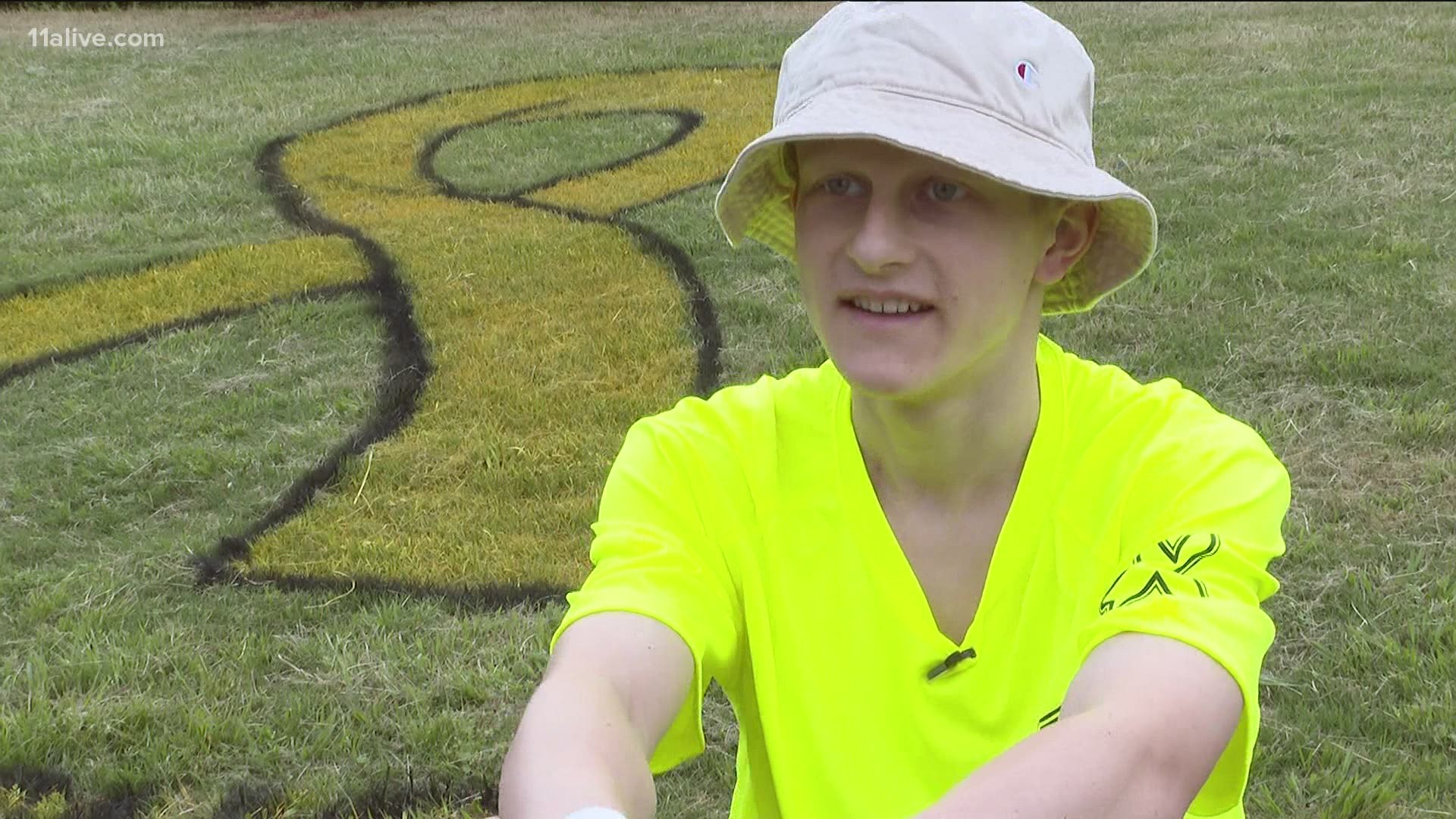 MORGAN COUNTY, Ga. — It was a day to celebrate at Morgan County.

After a six-month battle with Stage 3 Hodgkin’s Lymphoma, Martin received his 12th and final chemotherapy treatment.

“That’s the best thing I’ve ever accomplished in my life,” Martin said.

And what better way for him to celebrate his final chemotherapy treatment than to play the game that he loves, just like he has done all season long?

“I would have never thought in a million years that he would be able to play and start every game like he is now after going through what he has gone through,” said Morgan County head soccer coach Aaron Paul.

“And I want people to know that it’s not a charity case," he added. "He is not playing for us because he has cancer. He is a good soccer player.”

RELATED: Morgan County soccer player inspiring others during his battle with cancer

Martin has only missed one game the entire season - and he had a pretty good reason.

“That was my final chemo, and I had to,” Martin said. “I had to stay overnight to make sure that I could play tonight, which is Jacob Martin night.”

“It just means so much to be able to see him play,” Paul said.

Soccer helped to distract Jacob from cancer. He’s not sure where he gets the strength to play from, but he is happy that he has been able to.

“I just love the game of soccer,” Martin said.

“When I’m on the field, it makes me forget about everything else in the world and that’s all I focus on," he added. "I guess it’s just form God. He wants me to play soccer and He is the one that motivates me to get through all of this.”