Moving in silence: Hearing impaired players battle on the field with Dublin Middle 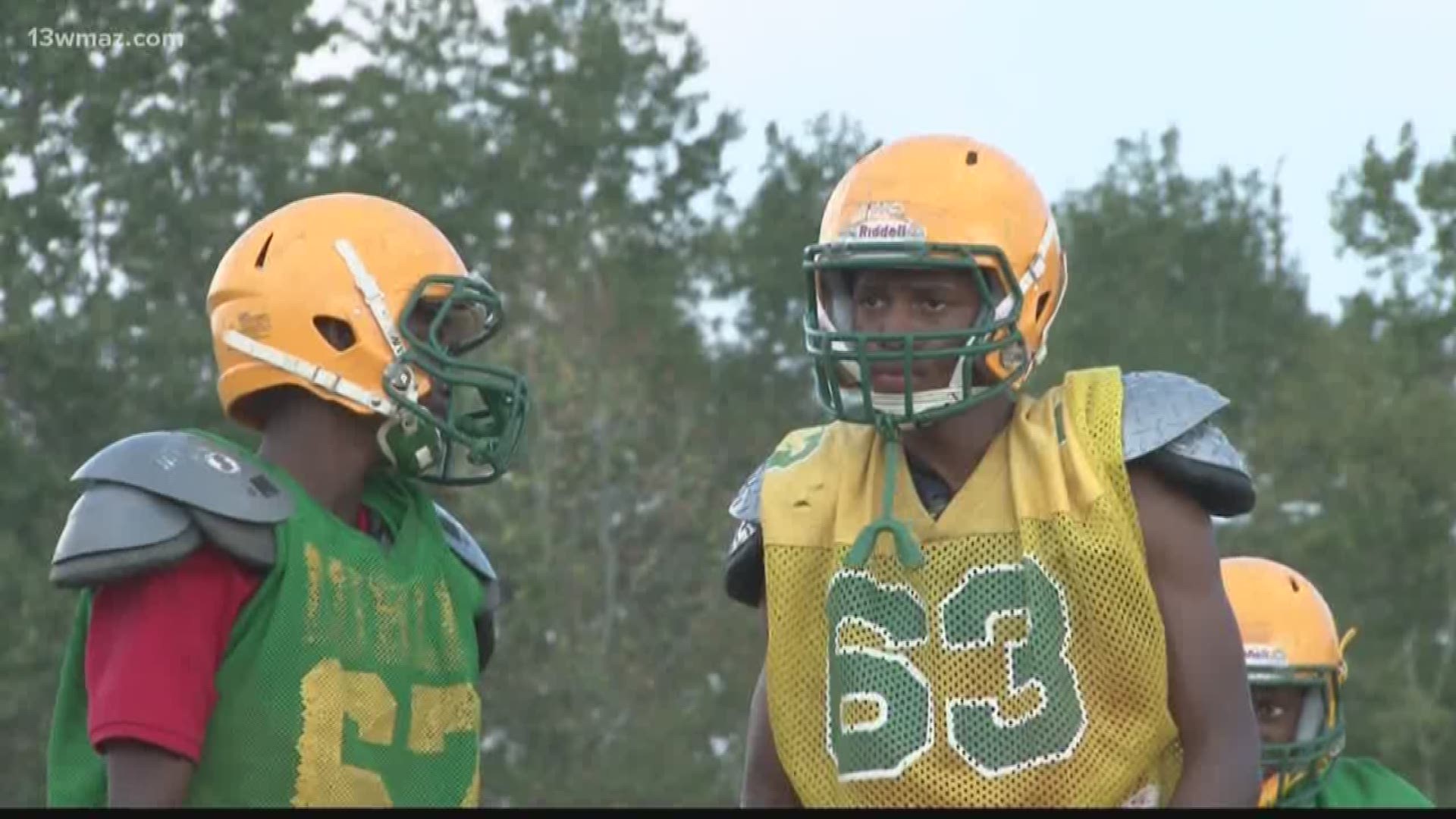 DUBLIN, Ga. — Dublin High School football is having an excellent season, and there's reason to believe they'll have plenty of talent coming into the program next year, including two youngsters who are hearing-impaired.

On the defensive line for Dublin Middle School, two eighth-graders stand side-by-side. The game is loud and violent, but for these two, it's violent but silent.

"As far as an effort standpoint, they give the best effort you could possibly imagine out of kids because they can't hear the whistle," defensive coordinator Ben East said. "There's never a time where they're not going full-speed."

Kevontae Stanley and Jamie Lang Jr. are both hearing-impaired, but it hasn't stopped them from balling out on the football field. It has, however, forced their coaches like East to get creative with instruction, like hand signals or written diagrams.

"Probably made us better coaches, in a way, because you have to think of different ways to relay your information how they need to do it or how we expect to do it. There's been some barriers, but it's been a lot of fun," East said.

Ask either of the boys and they'll tell you that football has been more than a game. It's been a source of friendship. Stanley said when he learned about football, his teammates and coaches became a support system for him.

Despite communication gaps, other players have embraced the pair. They make sure they're in the right places on the field and always provide encouragement with handshakes, signals, and pats on the helmet. Stanley said he always wants to be at his best to help his teammates and bring the best out of them.

Stanley and Lang have been friends since they were toddlers, and Jamie says even when they don't always understand everything else, they always understand each other. Both say they use the game to escape frustrations and love the competition it provides.

Lang likes the experience of battling in the trenches with his teammates and said the challenges of football will prepare him for life. He and Stanley will always be there to pick each other up on the field.