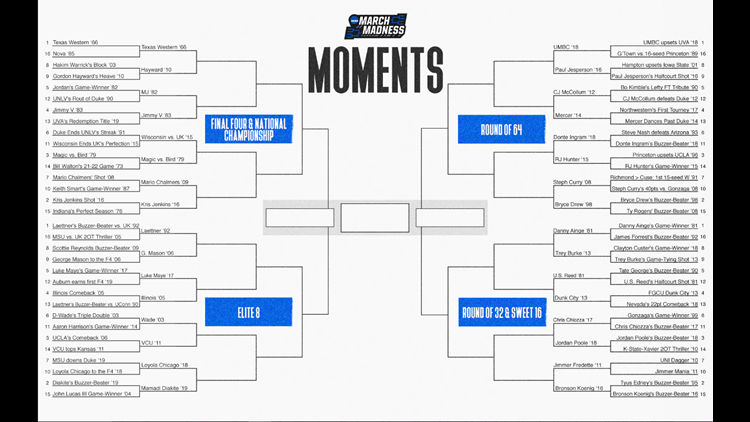 For many Mercer fans, there's no sweeter moment in the NCAA Tournament history than the Bears beating Duke in 2014's Round of 64. That moment will forever live on in tournament legend. However, there will be no new memories in 2020 after the coronavirus pandemic called for the cancellation of the tournament.

Fear not fans! The NCAA is giving fans a chance to live out their favorite moments once again with the #MarchMadnessMoments bracket.

It features crazy, historic moments throughout the tournament's history from Christian Laettner's buzzer beater over Kentucky in 1992 to Jimmer Fredette's 34-point performance in 2011 to 16-seed UMBC ousting Virginia in 2018. And yes, Mercer fans, the 2013 upset over Duke is on the list.

Mercer is in the Round of 64 region and already beat Northwestern's first ever tournament appearance and win. Now it is matched up against NBA star CJ McCollum and Lehigh's 2012 upset of the Blue Devils.

Fans can relive their favorite moments at ncaa.com and then vote for their choice to advance on Twitter.

So onward Mercer fans and NCAA Tournament fans of all ages! Go vote for the best moment in NCAA history and satisfy your craving for March Madness.