A trip to the NCAA tournament may be the financial windfall some smaller schools need following monetary struggles during the COVID-19 pandemic. 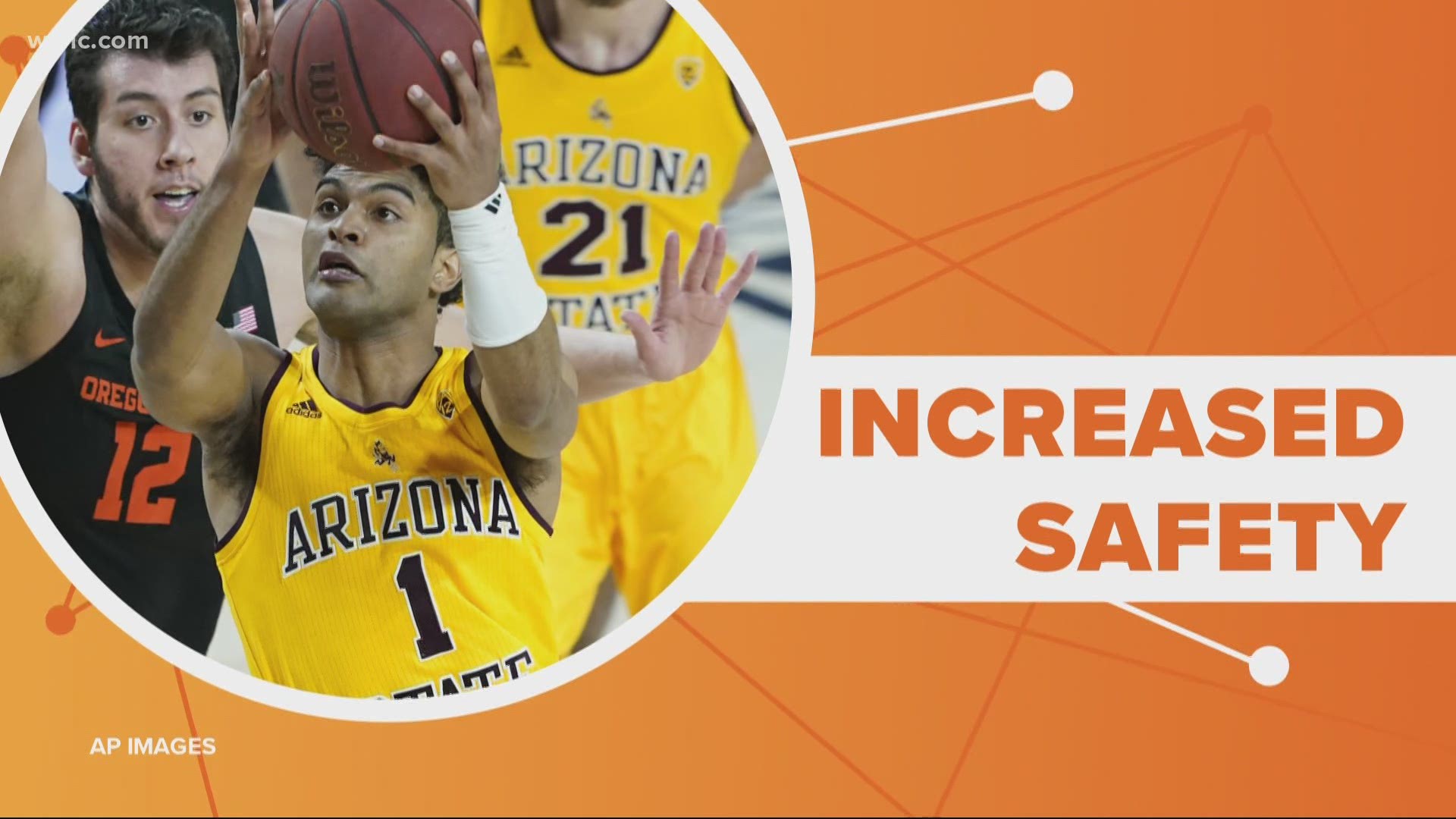 The economic downturn across college sports caused by the pandemic led Drake to slash its athletic budget, including a quarter of what it spends on men's basketball.

Earning a bid to the NCAA Tournament won't pull Drake out of its financial hole, but every little bit helps. Getting an extra team into the field for the Missouri Valley Conference could mean another $1.8 million — give or take — for the league to distribute to its 10 members over the next six years.

That only increases the stakes for the Bulldogs at this weekend's MVC tournament in St. Louis. Despite having one of the best seasons in school history, Drake (24-3) is no better than a bubble team according to the bracketologists, one of several from outside college basketball's big six conferences.

The wealthiest conferences — ACC, Big Ten, Big 12, Pac-12, SEC and Big East — hording valuable at-large bids to the NCAA Tournament has been a trend since realignment swept through college sports in the early 2010s. A costly one for the conferences that don't have billion dollar television deals.

This pandemic-altered season seems to have marginalized the so-called mid-majors even more — and at a time when they can really use the cash.

The cancellation of the NCAA Tournament last year because of the pandemic forced the association to slash its revenue distribution to schools and conferences by $375 million.

RELATED: Indianapolis getting ready for big month of basketball as calendar turns to March

“Because of COVID and because of distribution dollars being down we had to reduce all of our budgets at Drake 15-25%, including basketball,” Drake athletic director Brian Hardin said. “That has an impact on how you travel and how you schedule. To now sit on the bubble, you hate to think that you're penalized for some situations that are to a degree out of your control.”

As of Thursday, Drake was 41st in the NCAA's NET rankings. The Bulldogs are the No. 2 seed in the MVC tournament and play Friday night after a getting a bye into the quarterfinals. Loyola-Chicago is the top-seed and considered close to a sure thing to earn an at-large bid to the NCAAs if it does not win the MVC's automatic bid.

If Drake stumbles at any point this weekend, the Bulldogs will sweat out selection Sunday on March 14.

NET is not the final word when it comes to which teams make the field of 68. The selection committee is. But its components give a glimpse at what is holding back Drake and other mid-major bubble teams back.

Drake has only played six games against what the NET views as the toughest opponents in the country, teams from quads one and two.

In conferences such as the Big Ten and Big 12, most teams have faced more than twice that many quad one and two opponents.

Belmont earned a rare at-large NCAA bid out of the Ohio Valley Conference in 2019 and then won two tournament games. Along with Ja Morant's Murray State team, the Bruins provided a financial windfall to the OVC.

This season the Bruins are 24-3, but because their original nonconference schedule was wiped out, they have played no quad one games. That leaves them with a NET of 80 heading into the OVC semifinals Friday and virtually no chance of an at-large NCAA bid.

“When we started the season most people were saying, 'Oh, the committee's going to have to use the eye test. The NET's going to be not as representative because you're not going to have all these nonconference games,'" Belmont AD Scott Corley said. “And yet here we are today and it's all about the NET. It's all about those metrics again because guess what? Those metrics all support the Power Fives.”

In the Mountain West, Commissioner Craig Thompson is hoping the conference's top four teams will make the NCAA Tournament, but could very well end up with just one.

Streaking San Diego State (NET 19) is looking good, but if the Aztec win the Mountain West tournament that could leave Colorado State (NET 40), Boise State (NET 43) and Utah State (NET 47) outside the field.

The Mountain West conference would have sent two teams to the NCAA tournament last season, including San Diego State as an expected two seed. Even a modest run by the Aztecs could have been worth about $2 million to conference.

“This is an important year to get some of those units back,” Thompson said.

The Atlantic 10 usually places multiple teams in the NCAA field. Last season, Dayton was headed toward the tournament as a No. 1 seed and Final Four favorite when the season stopped.

This year the A-10 is in danger of being a one-bid league.

St. Bonaventure (NET 31), VCU (NET 35) and Saint Louis (NET 43) could all go either way as they head into this weekend's A-10 tournament. None of those teams played a full 27-game regular season in, with neither the Bonnies nor Billikens reaching 20.

A-10 Commissioner Bernadette McGlade said she is not as concerned about the potential loss of NCAA Tournament revenue as the loss of exposure.

“The residual effects of being in the NCAA championship and March Madness are benefits that really pay off for institutions for many years after they're in,” McGlade said.

Hardin wonders if Drake's NCAA case was hurt by managing to get in all 27 games. The program went on pause for three weeks because of COVID-19 issues, but the Bulldogs finished the season playing 14 games in 33 days, including the final seven in 14 days without injured leading scorer ShanQuan Hemphill (foot).

Hemphill is likely to return if Drake makes the NCAA Tournament.

Hardin acknowledged it will be an antsy weekend in St. Louis.

“I hate being in a position where I'm watching scores and openly cheering against other teams,” Hardin said. “But because of what the bracketologist say you find yourself in that position.”