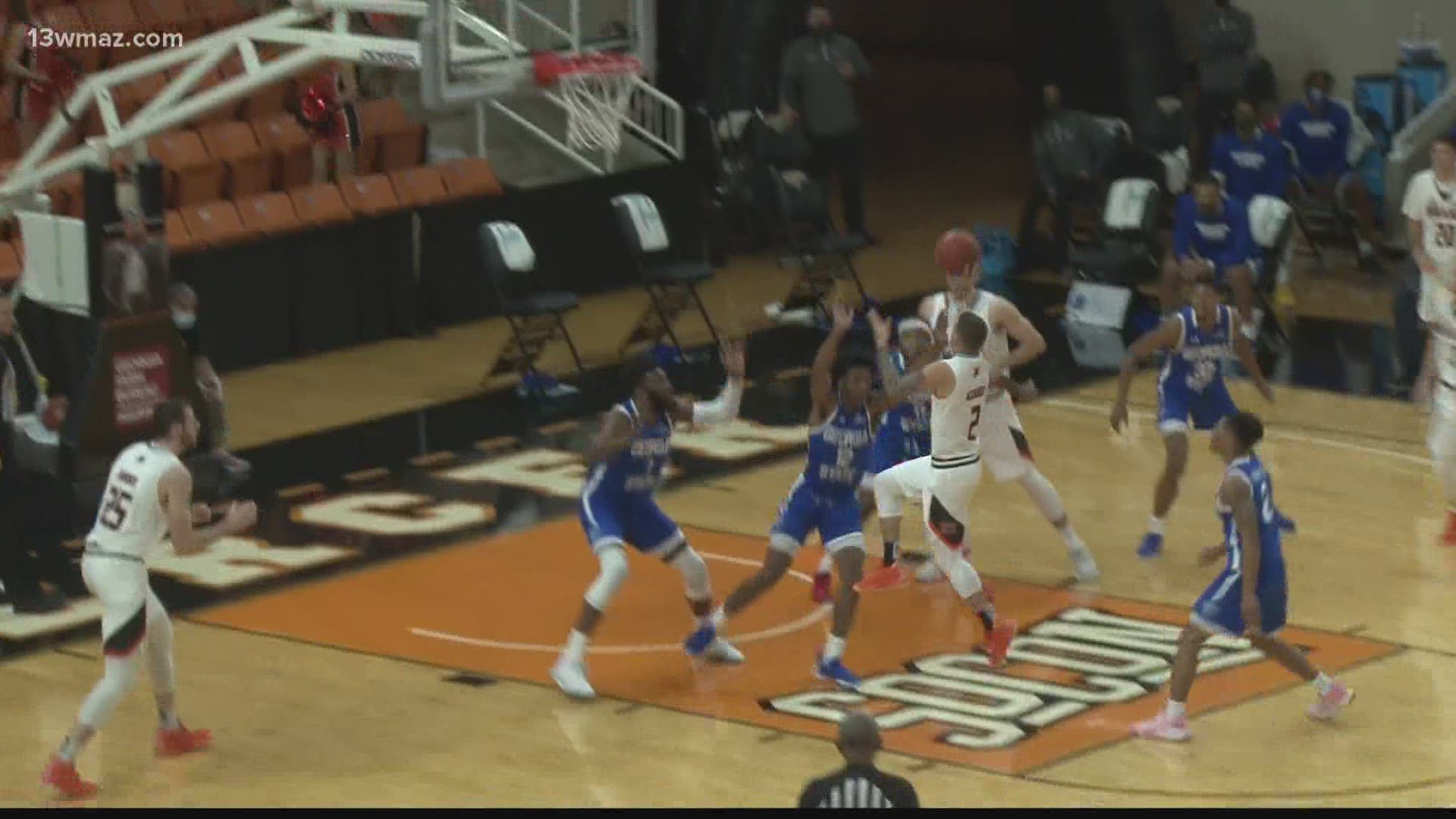 MACON, Ga. — Neftali Alvarez has been a huge boost for the Mercer Men's Basketball team this season, if only for their first three games. The Southern Conference has taken note and named a Geico Player of the Week for November 25-30.

Alvarez averaged 16 points, six rebounds and six assists while helping the Bears to their first 3-0 start since the 2015-16 season.

Alvarez's week began in Hawkins Arena with 16 points, six assist, two rebound performance in a 79-48 win over the University of North Georgia. He followed that with a near triple-double performance against ACC opponent Georgia Tech.

Alvarez tallied 17 points, eight rebounds and had a career-best nine assists in Mercer's 83-73 win, the first over a Power Five opponent since 2015.

Alvarez followed that up with another strong performance against Georgia State where he put up a 16 point, eight rebound, three assist performance. Mercer beat GSU, ranked sixth in the CollegeInsider.com Mid-Major Poll, for the first time since 2012.

Alvarez is a redshirt sophomore who transferred to Mercer from Fairfield University and sat for the 2019-20 season due to transfer rules.