The team announced that "minimally-invasive" procedure that McGary is having is similar to two procedures he's had in the past. 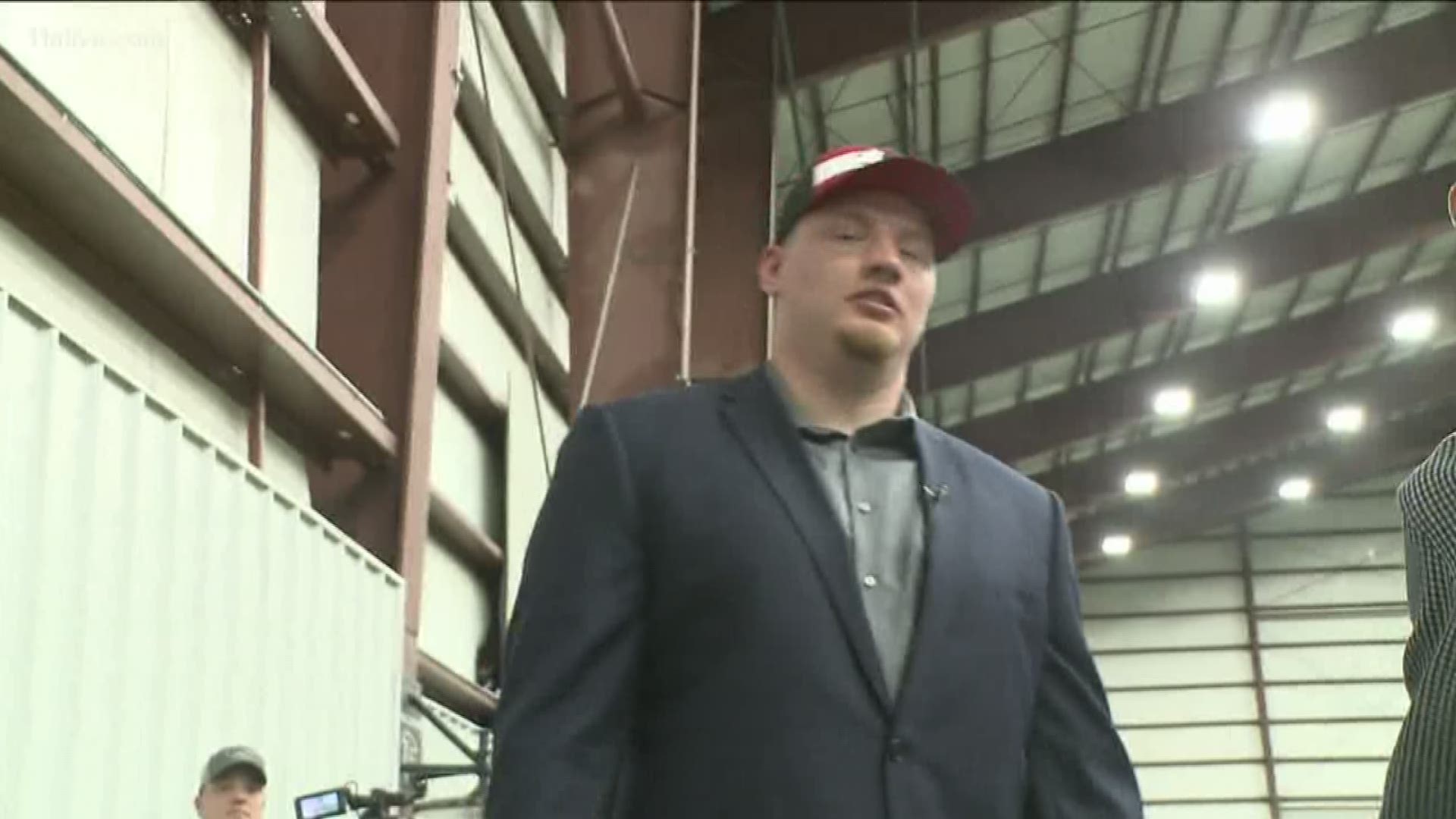 The team announced that the "minimally-invasive" procedure that Kaleb McGary is having is similar to two procedures he's had in the past.

According to the Mayo Clinic, cardiac ablation is a procedure that can correct heart rhythm problems. It's sometimes done through open-heart surgery, but it's often done using catheters, making the procedure less invasive and shortening recovery times.

The player went through the comprehensive medical testing at the Scouting Combine without any suggestion there was a problem with his heart, NBC Sports said.

The Falcons website shows that McGary is 24 years old and went to college in Washington.

NFL.com reports that Falcons traded up to select McGary with the 31st selection in the 2019 draft, pairing him with first-round guard Chris Lindstrom.

US Soccer says women's team has made more than the men