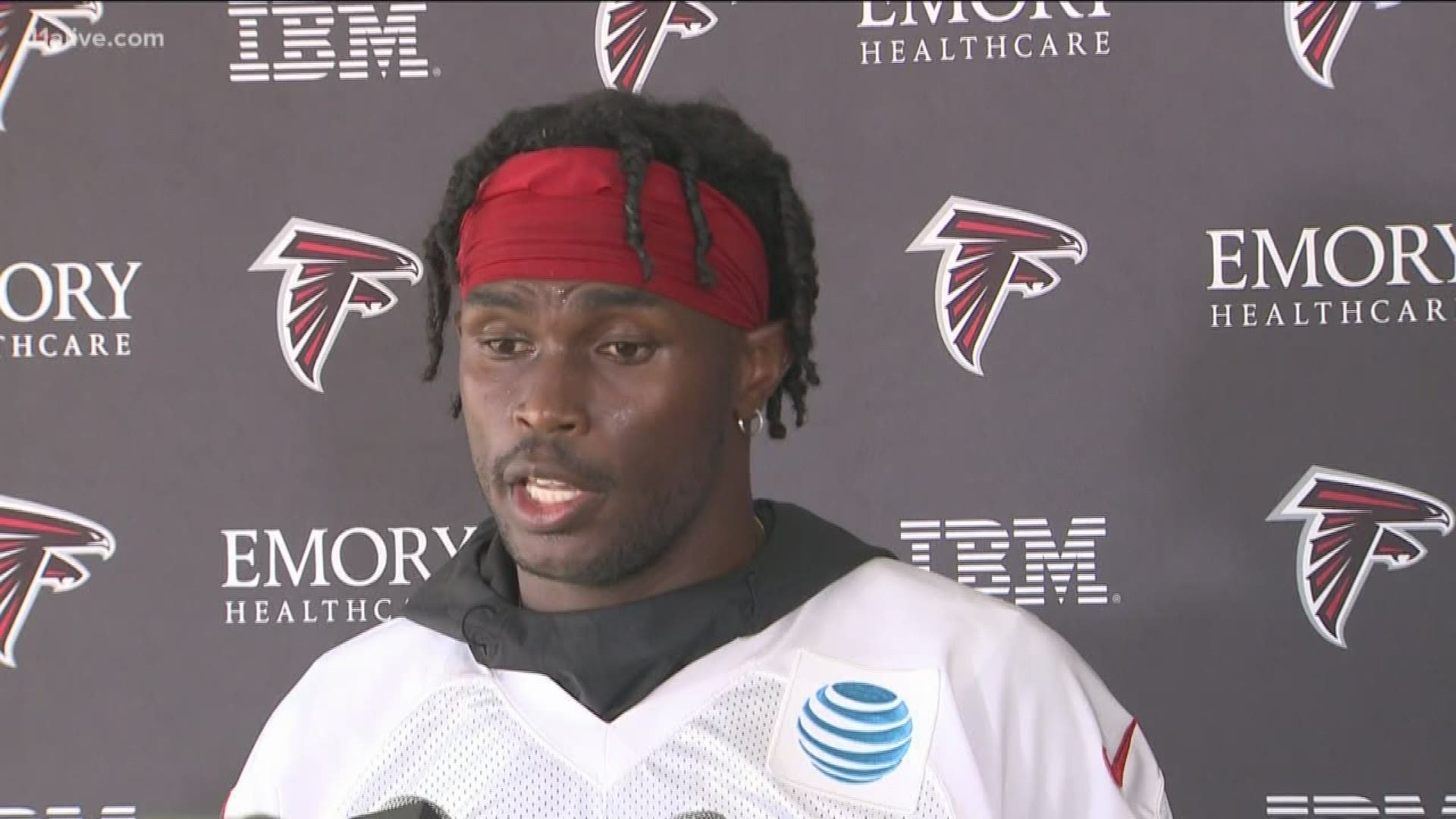 FLOWERY BRANCH, Ga. — The Falcons have one less thing to worry about with Julio Jones.

Their star wideout feels completely healthy coming in to the 2019 season. That hasn't been a guarantee in recent years, with Jones constantly limited in practices due to nagging foot pain and injuries.

"That's the ultimate goal is to go into the season healthy," Jones said on the final day of Falcons Training Camp.

"That's really the main thing. You don't want to go into the season with a nagging injury or anything like that where it's hindering you and your mind is somewhere else. I'm going into the season clear-minded, ready to play, ready to ball. I can help the team out."

This is an incredible place for Jones to be mentally and physically, as one more uncertainty still lingers: the new contract that could make Jones the highest paid receiver in the league.

While Jones still awaits that paperwork, he does have another thing going for him. Jones has the best odds at his position to win the NFL's MVP award.

At 100/1 odds, Jones is tied with other elite wideouts in the league like Antonio Brown, Odell Beckham Jr., and Michael Thomas, according to Westgate in Las Vegas.

Whether Julio feels like betting on himself or not, he is most definitely all-in on the Falcons' offense under new offensive coordinator Dirk Koetter.

"With the weapons we have on offense, we just need to line up and just beat people," Jones said. "We're really talented all around the board from the running backs, quarterbacks, to the line, to the wide receivers, tight ends."

Those skill players, according to Jones, can over-match any scheming issues that may arise.

On the defensive side of the ball, the Falcons still have some work to do with their new defensive coordinator - head coach Dan Quinn.

"At this time, there's a lot still that we need to evaluate from the players' standpoint," Quinn said on Tuesday. "I've enjoyed it for doing both roles. I wouldn't be able to do it if I didn't have all the support of all the coaches and certainly the experience."

The Falcons play their next preseason game at the Dolphins on Thursday - a great experience for the starters to enjoy South Beach...and for everyone else to not get cut.