After Sunday's heartbreaking 34-33 loss to Arizona, Atlanta Falcons head coach Dan Quinn can't escape anymore. All eyes are on him. 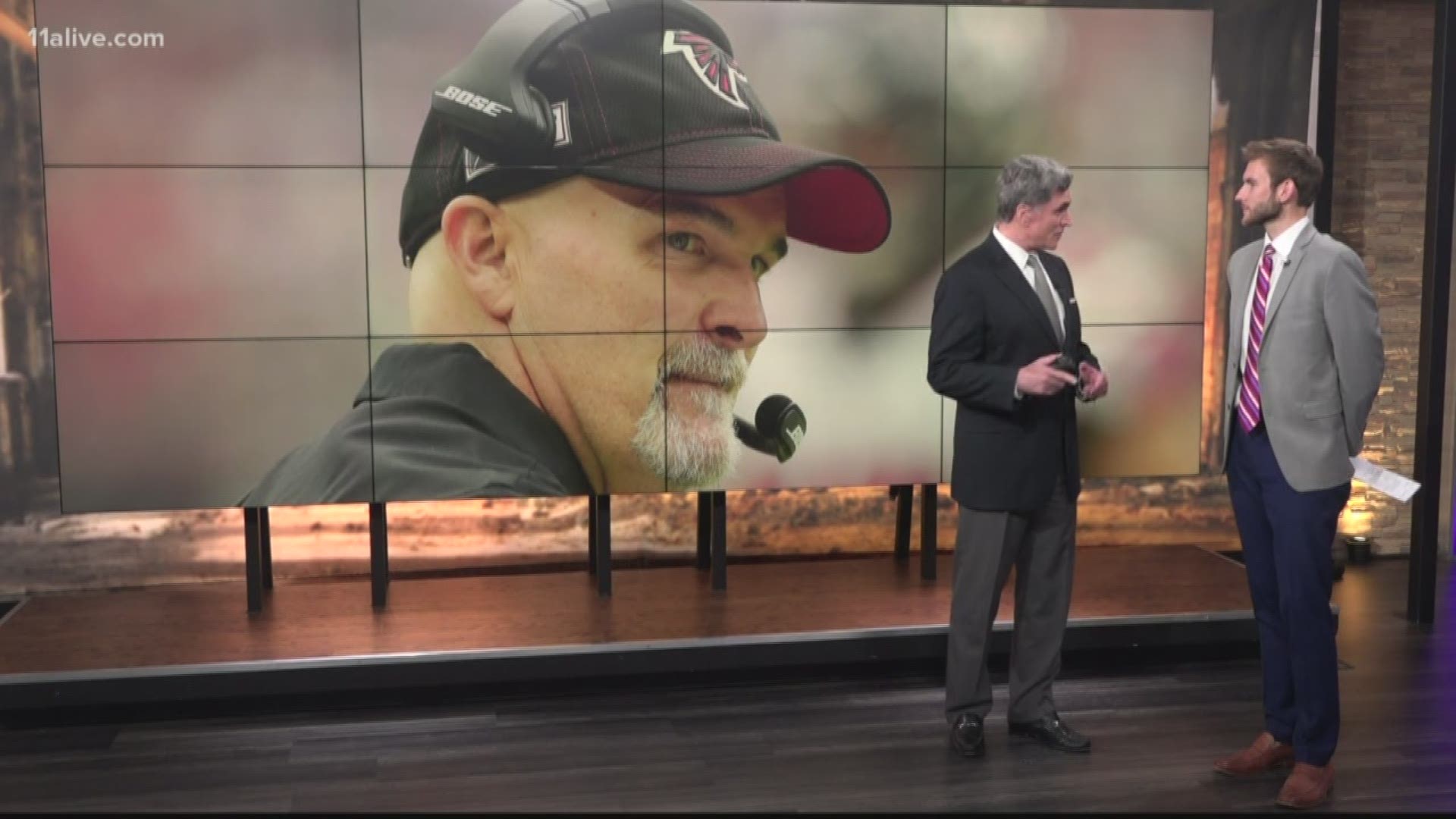 FLOWERY BRANCH, Ga. — The Atlanta Falcons lost their third straight game on Sunday after a missed extra point by Matt Bryant in the closing minutes of the fourth quarter left them short against the Arizona Cardinals with a final score of 34-33.

This drops the Falcons to 1-5 on the season and makes things even more uncomfortable for head coach Dan Quinn.

Last week, team owner Arthur Blank said he was going to stick by Quinn for the foreseeable future, but that was presuming that the team would notch a win against the Cardinals - who now move to a 2-3-1 record on the season - this week

The national media is also starting to ask more questions about Quinn and whether or not his stay in Atlanta has become shorter.

RELATED: Falcons looking for answers after tough loss to Cardinals

Here's what media around the rest of the country was saying following Sunday's game:

The Falcons return home to Mercedes-Benz Stadium on Sunday for a showdown with the faltering Los Angeles Rams (3-3) who are coming off of their third straight loss. The Rams fell 20-7 to the San Francisco 49ers on Sunday.

The Rams were without Georgia Bulldog-alum running back Todd Gurley and corner Aquib Talib.  As of Monday morning, there is no word on Talib's status for next Sunday. Gurley's status is being evaluated on a day-by-day basis, with an answer coming later in the week.

Arthur Blank standing by his man Dan Quinn - for now