The Falcons are giving him a chance to make his NFL dreams come true. 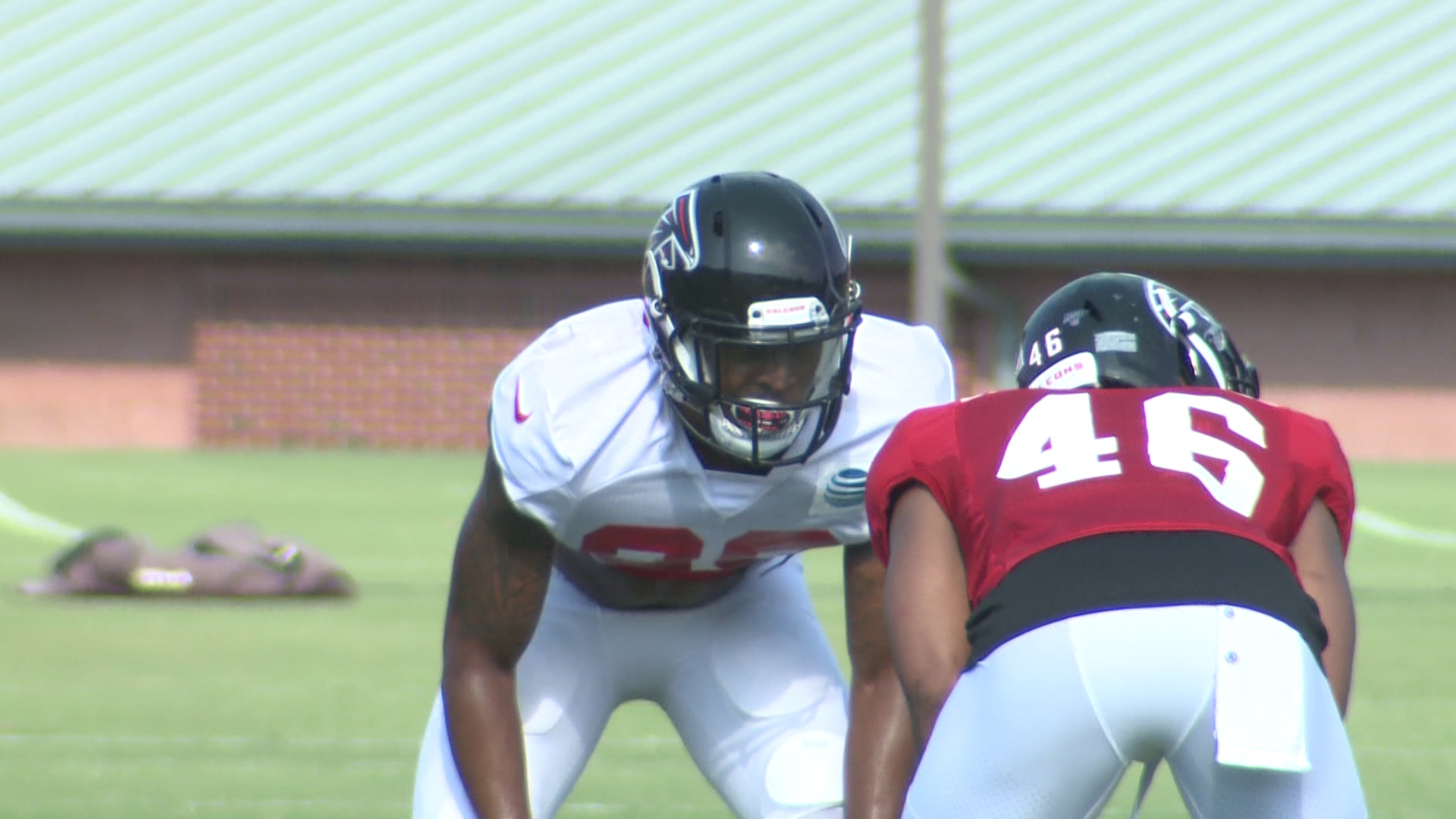 FLOWERY BRANCH, Ga. — Since the early days of Jayson Stanley’s football career, playing in the NFL was his dream.

"I didn't think it would come true at first, but I just kept going and realized I could actually do this and be in the league," he told 11Alive Sports during Falcons training camp, Tuesday.

He grew up playing whatever position would get him on the field. In high school, that meant playing punter. Eventually, he earned his spot on the field as a receiver and went on to play as one for four years at UGA.

The Falcons are giving him a chance to make his NFL dreams come true as a defensive back - a position that he has never played.

"It's crazy just coming into the league and being asked to play corner, but, I'm taking it a day at a time, getting better," he said.

Dan Quinn says that if Stanley were to earn a spot on this team, it would be because of his special teams play as he continues to fine-tune his cornerback skills.

"It was challenging at first, because I really didn't know how to press ... but every practice, I see myself getting better and better," Stanley said.

While Stanley is getting his shot at the NFL, this opportunity could have easily been stripped away form him a few years ago, after being arrested on marijuana charges with fellow UGA Bulldog, Natrez Patrick.

"It was definitely a humbling situation," he admitted. "I guess it just helped me be smarter and not to get myself in that position again."

As the falcons get ready to play in the hall of fame game, Jayson Stanley is one of the first-time NFL players who is looking to shine. It’s the biggest job interview of his life, but he’s willing to do anything to make his dream a reality.

Teen who allegedly urinated on Walmart shelf identified and charged

'These are living creatures': Couple was heartbroken to find seven puppies discarded in dumpster

Husband kills wife who fled to fire station with their kids: Sheriff