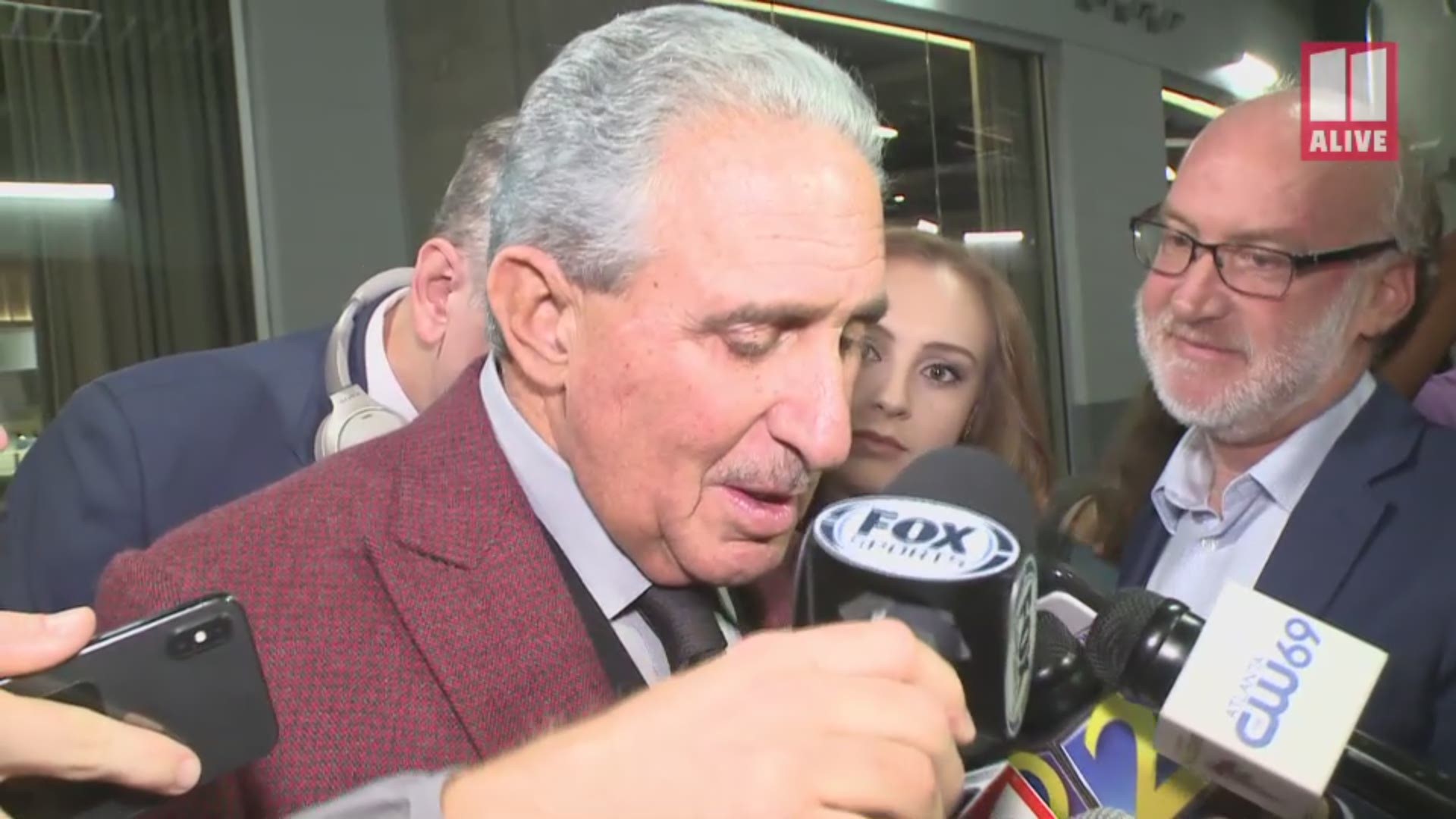 Seattle led 24-0 at halftime, providing the cushion it would need to withstand the Falcons' comeback behind backup quarterback Matt Schaub.

"Today I think the message myself and other guys tried to send was start fast and be as physical as possible," said left tackle Duane Brown.

"We started fast and the defense was getting turnovers and getting off the field and we were getting points on the board."

The Seahawks won the turnover battle 3-0.

Coach Pete Carroll said the team's record halfway through the season "isn't the best it could have been, but it's pretty darn good."

The Falcons' offense floundered early in their first start without quarterback Matt Ryan in 10 years. Ryan's streak of 154 consecutive regular-season starts ended as he was held out with a sprained right ankle.

Team owner Arthur Blank said after the game he will "take the next couple of weeks ... and evaluate where we are" before reaching a decision on Quinn's future. He said the record is "just not acceptable at any level."

Wilson completed first-half touchdown passes of 4 and 2 yards to Metcalf. Carson had a 1-yard scoring run.

The Seahawks rushed for 151 yards, including 55 from Rashaad Penny. Wilson completed 14 of 20 passes for 182 yards with no interceptions.

Atlanta has been outscored 144-50 in the first half this season. The Falcons have faced six double-digit halftime deficits.

Schaub passed for 460 yards in his first start since 2015 with Baltimore. The Falcons announced Saturday that Ryan would not play, and Seattle cornerback Shaquill Griffin said he knew Schaub would be ready.

"I honestly didn't expect a downgrade," Griffin said. "The guy has been in the league for 15-plus years. He's going to make the same kind of plays that Matt can make."

Schaub's passing in the second half helped the Falcons make the final score respectable.

Carroll said the Falcons' second-half comeback was a compliment to Quinn, his former defensive coordinator.

"Their resolve to keep fighting ... they took over the game really," Carroll said of the Falcons. "Fortunately, we were out ahead enough to hold them off. It was a great testament to Dan and what he's doing with these guys and the mentality and their attitude and all that."

Needing a touchdown and field goal, the Falcons opted to have Matt Bryant kick a 37-yard field goal on a second-down play from the Seattle 19 with 1:21 remaining. Bryant's onside kick went out of bounds, ending Atlanta's hopes for a final possession.

"We wanted to contain and keep him underneath us, so we did that, but man he got a million yards," Carroll said of Jones.

Bryant missed two field goals beyond 50 yards in the second quarter. He was wide left on a 51-yarder on the first play of the quarter and was wide right from 53 yards, triggering boos from the home fans.

Bryant made a 47-yarder in the third quarter which cut Seattle's lead to 24-11. Brian Hill's 23-yard touchdown run on his first carry of the game gave the Falcons their first points.

The Falcons had an opportunity to cut the lead to six points before committing a key turnover early in the fourth quarter.

Devonta Freeman, reaching back for the goal line following a reception, fumbled. Seattle safety Marquise Blair, who was reaching for the ball, forced the fumble and Bobby Wagner recovered at the 1-yard line for the Seahawks.

A review confirmed the fumble call on the field.

The Seahawks stretched the lead to 27-11 on Jason Myers' 54-yard field goal.

Schaub's 1-yard touchdown pass to Austin Hooper cut the lead to 27-17. The 2-point pass to Hooper was no good.