The viral videos showing Saints players celebrating could bring penalties and fines to the NFL team. 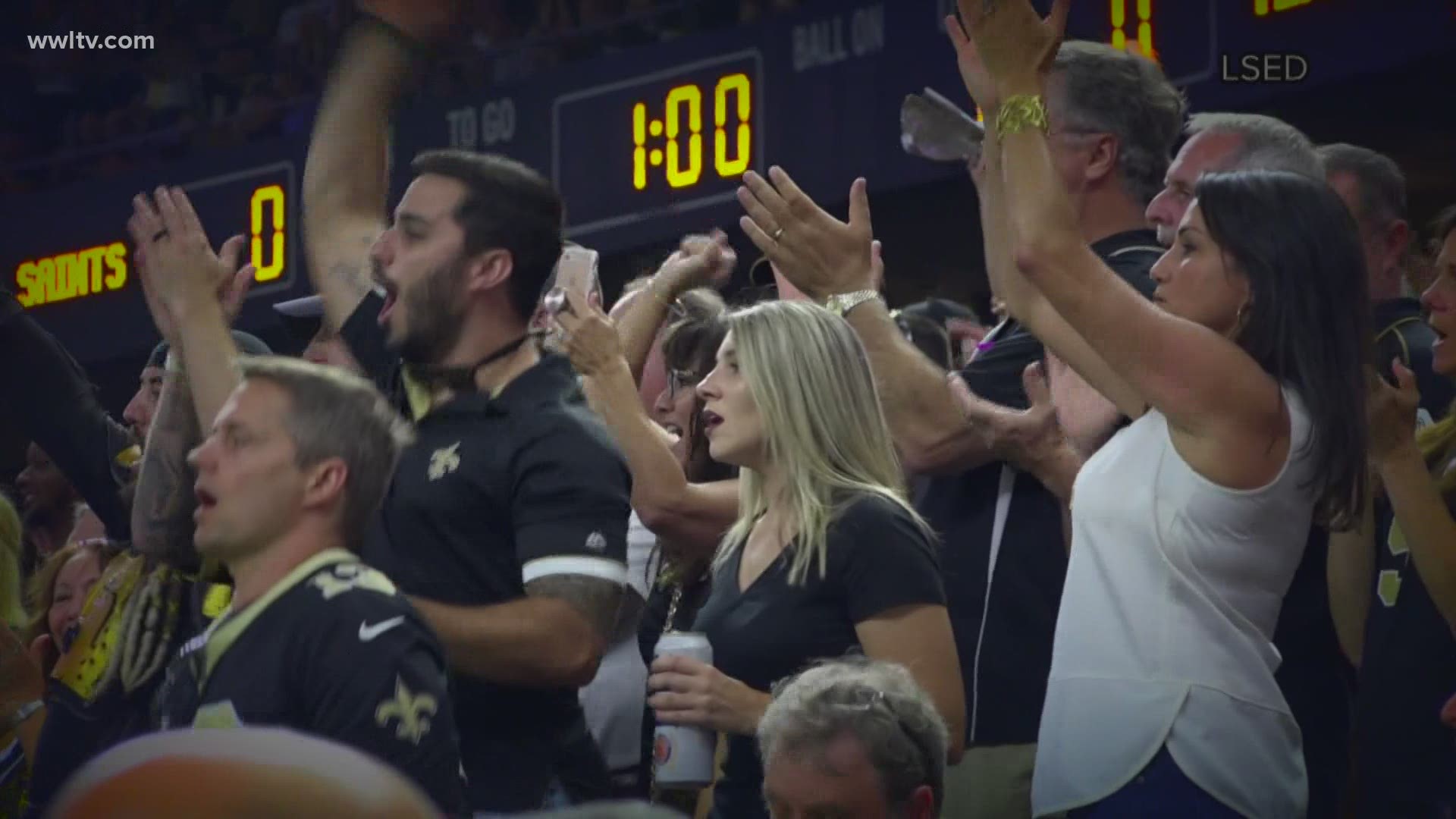 NEW ORLEANS — The Saints viral locker room victory celebrations could prove costly, according to a report on ESPN.com.

The Saints have recently revived their post-game ritual of dancing to hip hop and bounce music and the report on ESPN says the NFL has taken notice, especially of the lack of masks and social distancing.

See the full report on ESPN.com

On the videos, which have been widely-viewed, several players, as well as head coach Sean Payton, are seen in close contact, yelling, singing and interacting without social distancing – all of which medical experts say are recipes for COVID spread.

The ESPN report,  by noted insider Adam Schefter that cites league sources says that the Saints face a significant fine and the possible loss of a draft pick, especially because they would be multiple-time offenders, with the team being fined earlier this season when head coach Sean Payton was on the sidelines without a mask over his mouth and nose several times.

A look inside the #Saints locker room... Sean Payton dancing away.

That offense ended with the Payton and the Saints being fined. Recently, the NFL fined the Raiders $500,000, head coach Jon Gruden $150,000 and took away a sixth-round draft pick.

The Saints can probably expect similar discipline, according to Schefter.

The latest celebration that went viral came after the team's huge 38-3 victory over Tampa Bay on Sunday night football, which has propelled the team into a favorite's role in the NFC, according to many experts.