The Panthers were randomly selected by the Falcons to attend one of their training camp sessions. 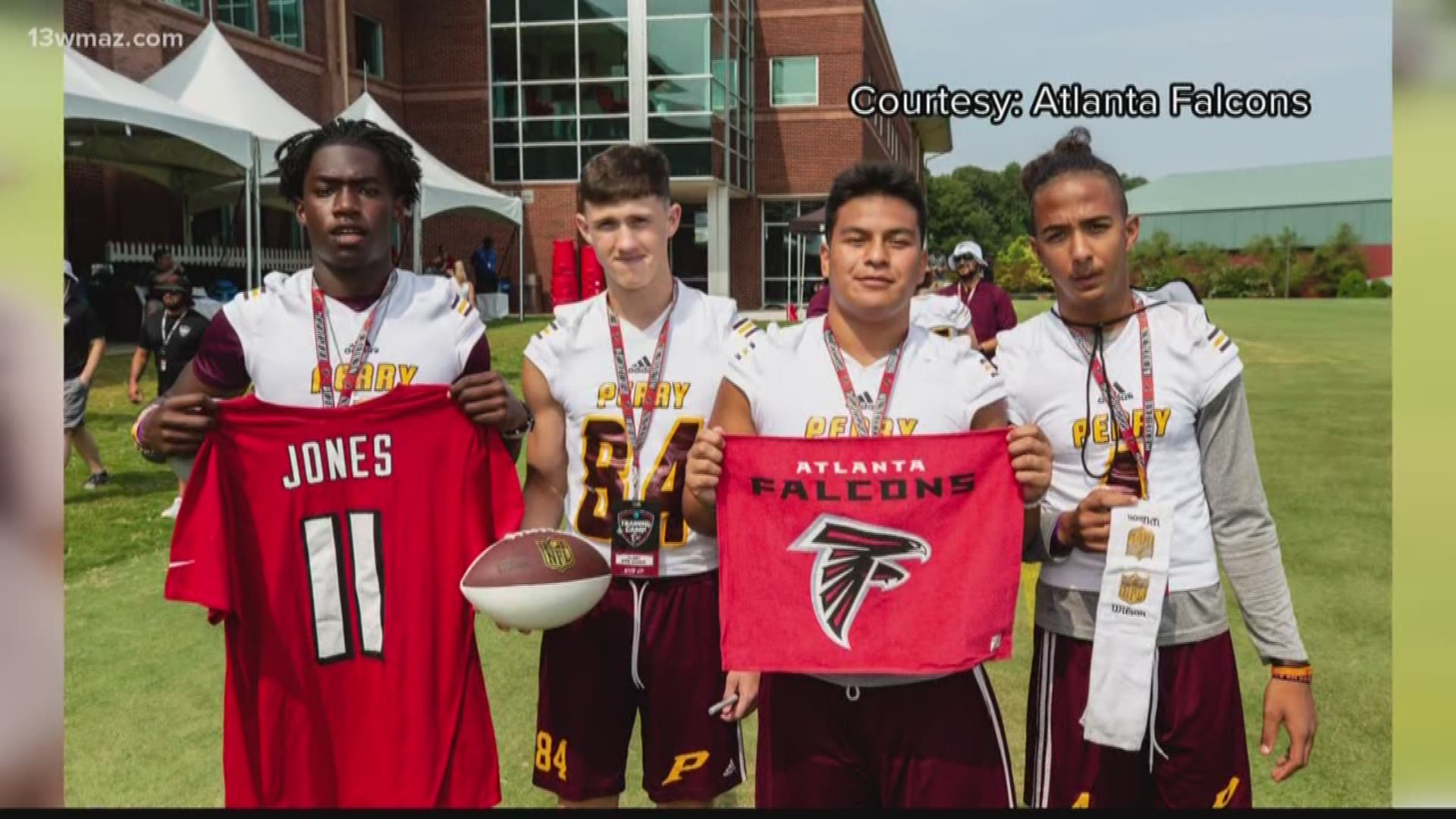 The high school football season is almost upon us! Teams all across Central Georgia are gearing up for the fall, but one school actually had the opportunity to check out how an NFL team prepares for the upcoming season.

The Perry Panthers traveled up I-75 to Flowery Branch on Sunday and saw the Atlanta Falcons up close and personal during training camp. Perry head coach Kevin Smith said the Falcons send out applications to different coaches across the state in hopes to attend these events, and this year the Panthers won the lottery, as their team was randomly selected to see the Dirty Birds in action.

In addition to seeing the players practice, they heard from Falcons General Manager Thomas Dimitroff and head coach Dan Quinn, but then were actually able to take pictures and get autographs from the pros. It was a trip the players and coaches said, they will always remember.

"It's just awesome awesome experience, if you are a Falcons fan, or even if you are just a football fan, it was very special getting that kind of treatment from a pro football team," Smith said.

And senior right tackle Desmond Manning said he was star struck from seeing some of his favorite players that close.

"It was fun to me, I had  fun. I watched everyone play, I see how hard they is, and how big they is compared to me, Manning said.  "I don't know, I got a little nervous. I was struck how that dude, his arm is like my thigh, he was big!"