The Atlanta Falcons will host the Seattle Seahawks Sunday as the two teams kick off the 2020 NFL season. The stands, though, will be empty. 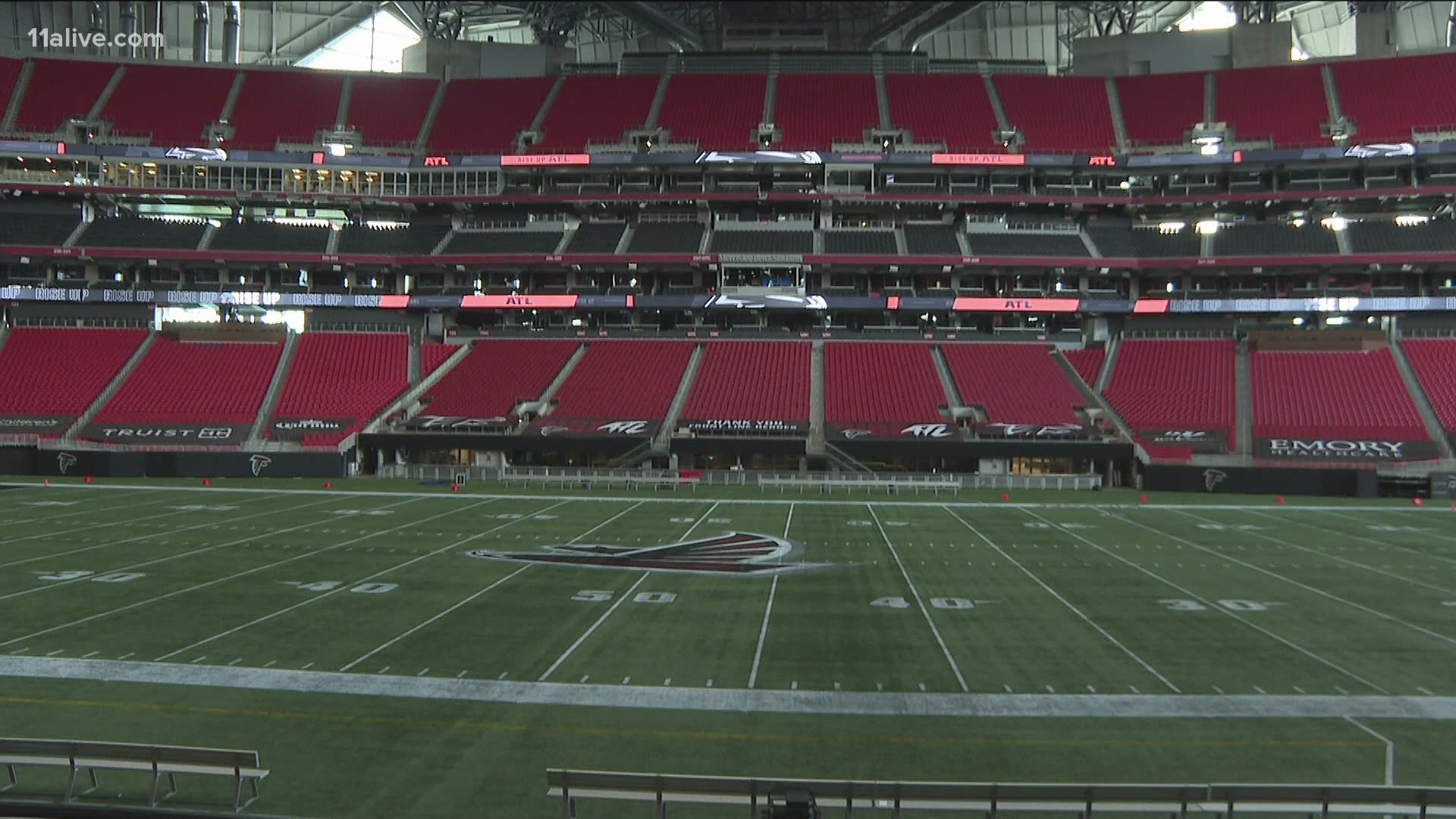 ATLANTA — When other professional sports leagues needed to cancel regular-season games due to the COVID-19 pandemic, the NFL was already in its off-season.

That means that, for the Atlanta Falcons, this weekend's game will kick off the 2020 season and be the team's first time in action since the pandemic began.

For Falcons fans who are excited to cheer the team on in-person, they will need to wait until at least October.  Fans won't be allowed inside Mercedes-Benz Stadium for this weekend's game against the Seattle Seahawks, or a Sept. 27 game against the Chicago Bears.

"Painful or not, economic consequences or not, we willn't bring fans into the building if we can't guarantee their safety," said Dietmar Exler, chief operating officer of the Falcon's parent company AMB Sports and Entertainment.

Exler said the team's front office staff and owner, Arthur Blank, have been closely monitoring the latest COVID-19 and Centers for Disease Control and Prevention guideline developments. Blank and his staff haven't made a decision on when fans will be able to return the Mercedes Benz Stadium to cheer on the Falcons or enjoy any event inside the building.

Outside the stadium, Exler said they're also asking Falcons fans to not gather for tailgate celebrations on gameday.

"Let us make sure we do the best for public safety overall," he said.

Whether or not there are fans or no fans in the stands is a team-by-team decision around the NFL. The league's 2020 season started on Thursday with the Kansas City Chiefs hosting the Houston Texans.

The Chiefs allowed masked fans to attend the game, but social distancing meant many seats were roped off. Fewer than 17,000 fans were in the stands of the 75,000 seat Arrowhead Stadium.

When fans can return to the Benz, Exler said seating should look similar and tarps featuring advertising already covering the first seven rows of seats will remain in place.

Seats inside the stadium have been empty for months. The NCAA Men's Basketball Final Four scheduled for this past April was canceled. The Rolling Stones, Keney Chesney, and Justin Bieber concerts this summer were all postponed.

The Atlanta United had several matches canceled earlier this year and recently returned to playing matches inside Mercedes Benz, but with no fans in attendance.

When fans are able to return, masks will be required and concessions will be prepackaged. Hand sanitizer stations, social distancing reminders, and updated cleaning procedures for the entire stadium are already in place.

While fans can't attend Sunday's game in-person, some season ticket holders will be able to attend virtually, with their live image displayed on the halo board.

"It is going to look different, it is going to feel different, but it is a safety-first message first and foremost," said Morgan Shaw Parker, chief marketing officer for AMB Sports and Entertainment.

So, through at least September fans will need to watch their Falcons on television.