“If they fine me, whatever it is, I’ll just match it and donate it to charity. You know that the Grinch always tries to steal Christmas,” Kamara said Christmas Day. 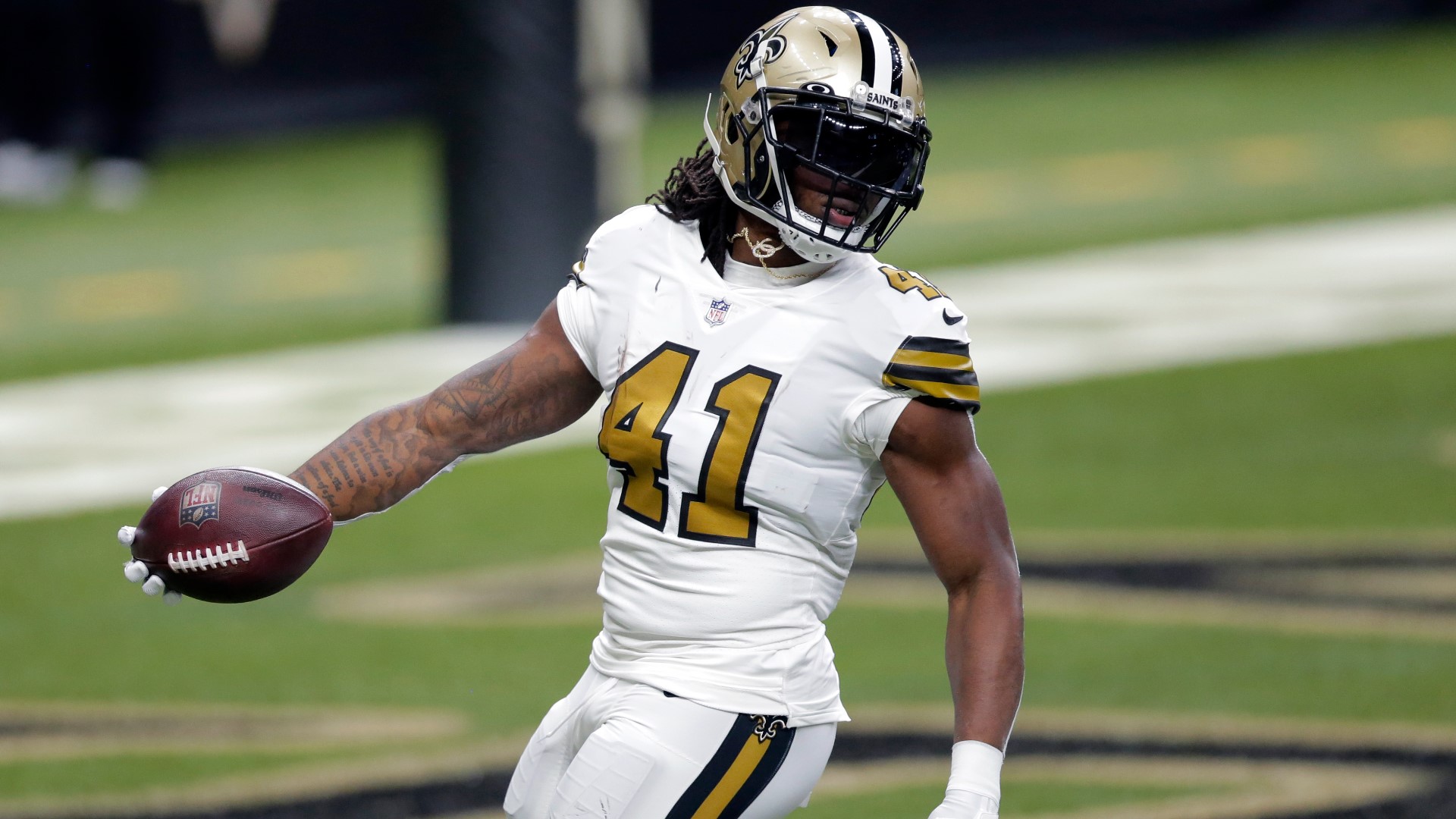 NEW ORLEANS — The NFL has fined New Orleans Saints running back Alvin Kamara for wearing the wrong cleats on Christmas Day, during the game where he scored 6 touchdowns and matched an NFL record, earning him the NFC's Offensive Player of the Week title, a report from NBCSports.com said.

Kamara said he expected the fine because of the NFL's strict uniform policy.

“Oh, they’re probably going to fine me,” Kamara said shrugging after the game on Christmas Day. “If they fine me, whatever it is, I’ll just match it and donate it to charity. You know that the Grinch always tries to steal Christmas.”

"Well, when the Hall of Fame calls to come to get the cleats— Now, he's just got to charge them, so he can break even," Jordan said.

Fines go to a foundation for former players, and even with Kamara's plans to match the $5,000 fine, his $75 million contract extension leaves a lot of room in his budget.

RELATED: What they're saying nationally about the Saints and Alvin Kamara