Rob Gronkowski just caught a football from a helicopter 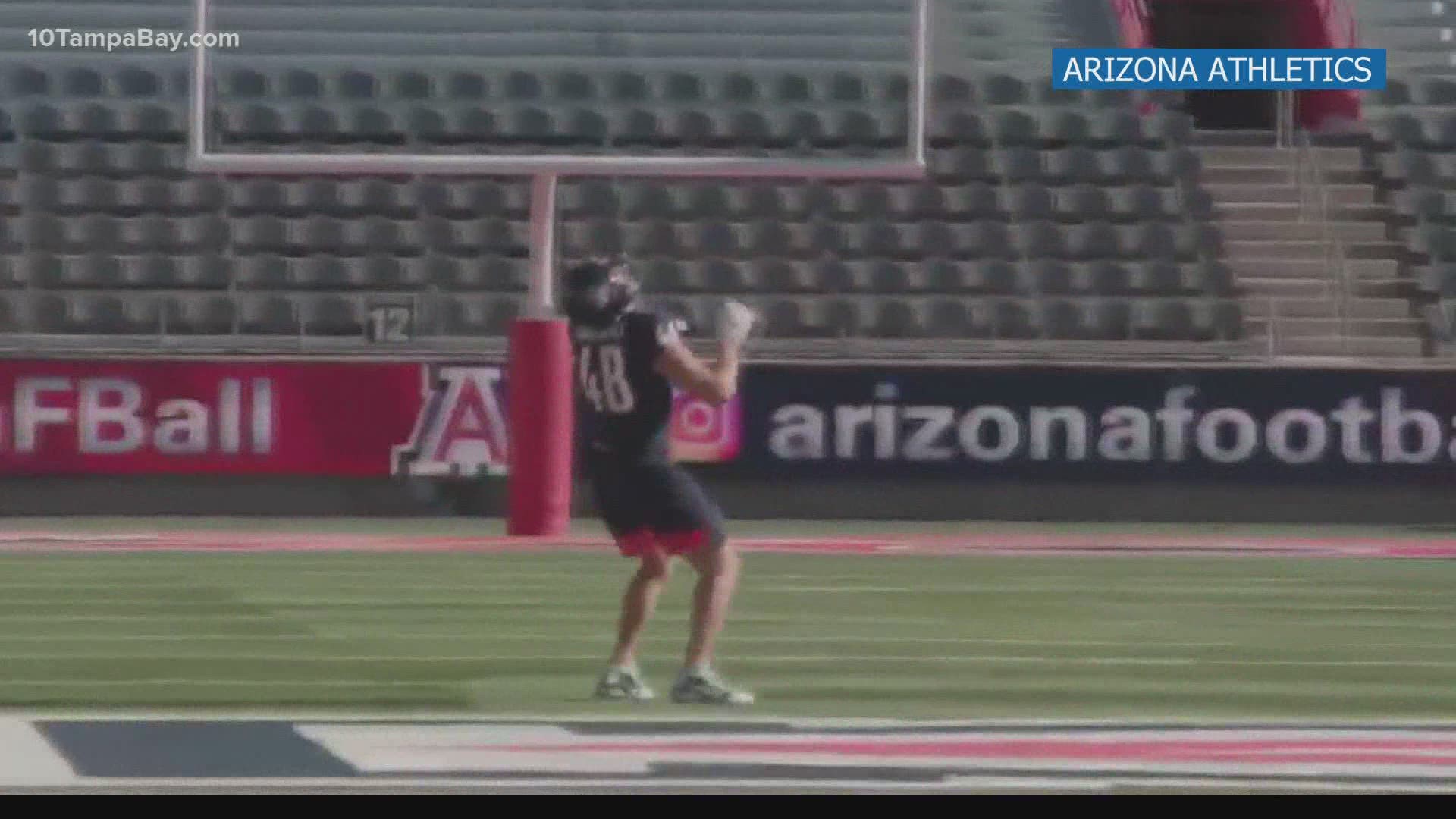 TUCSON, Ariz. — When you're four-time Super Bowl champ Rob Gronkowski, what else is there to do? Break a world record, of course.

The Tampa Bay Buccaneers tight end visited his college home at the University of Arizona to share some inspiration with the team. Oh, and to do something totally in Gronk fashion.

With a helicopter hovering above Arizona Stadium at some 600 feet, his goal was to make a clean catch and break what's said to be a Guinness World Record of the highest altitude catch of a football.

Attempt one wasn't the greatest -- slipped right through his fingers! Try No. 2, no good. The third time -- a charm? Watch for yourself:

RELATED: What are the Bucs thinking ahead of the NFL Draft?

RELATED: He's back: Rob Gronkowski agrees to a 1-year deal with the Buccaneers

"He got it, he got it!" they said in the helicopter.

The guys at the spring game mobbed him in celebration.

"Every time you step on the field, you gotta raise that bar to another level, baby," Gronkowski said. "And I just raised that bar to this level, baby!"

The previous record of the highest altitude catch of an American football was set at 563 feet in January 2017 by YouTube personality Tyler Toney, according to Guinness World Records.